Experts have analyzed the proposals of the President of Ukraine

The Ukrainian authorities have proposed ten steps to resolve the conflict in Donbass. President of Ukraine Volodymyr Zelenskyy previously stated that at least a few of them could be implemented by the end of 2021. However, representatives of the DPR, LPR and Russia in the Trilateral Contact Group (TCG) considered his proposal an imitation of the negotiation process. In turn, the experts interviewed by MK believe that Zelensky, in principle, is not going to end the conflict, or at least freeze it. 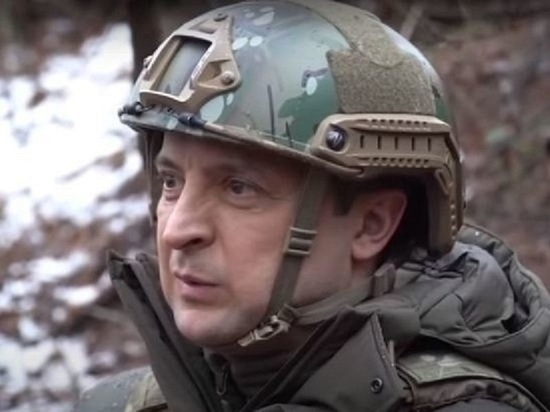 Zelensky's first three steps boil down to the fact that the Ukrainian delegation to the TCG will do everything in its power to renew the truce, unblock the checkpoints on the contact line and exchange prisoners.

In parallel, the Ukrainian authorities propose to return to the discussion of the special order of local self-government in certain areas of Donetsk and Lugansk regions (ORDLO). Then it is proposed to discuss the security of the OSCE observers and their full access to any facilities in the Donbas.

From the sixth to the eighth steps of Zelensky – negotiations with Russian President Vladimir Putin to discuss with him gas transit, exchange of prisoners, de-escalation on the border between Russia and Ukraine and a truce in Donbass.

After that, the turn of the Normandy summit will come. … In the final, the Ukrainian authorities propose to submit for consideration by the Verkhovna Rada bills on local self-government of ORDLO, amnesty for participants in the war in Donbass, decentralization of Ukraine, creation of a free economic zone and holding elections in certain regions of Donbass.

Meanwhile, in 2021 there will no longer be negotiations within the framework of the contact group, and the parties to the conflict could not agree on any of the above. In particular, this happened due to the fact that official Kiev does not consider Russia a mediator, but participants in the conflict in Donbass. The Ukrainian authorities refuse on principle from direct negotiations with representatives of the DPR and LPR.

For example, the head of the Russian delegation to the contact group, Boris Gryzlov, claims that the self-proclaimed republics offered Kiev to unblock checkpoints, having previously agreed on their operating hours and sanitary and epidemiological requirements. Naturally, the Ukrainian authorities could not agree to this, so as not to legitimize the DPR and LPR.

In turn, the head of the LPR Foreign Ministry Vladislav Deinogo, commenting on the results of the last round of the TCG negotiations in 2021, said that Kiev is not interested in the implementation of the Minsk agreements. Instead, according to Deinogo, the Ukrainian authorities only create the appearance of violent activity in order to convince the West of their peacefulness and aggressiveness of Russia.

The experts interviewed by MK generally agreed with this assessment of Kiev's diplomatic actions. Expert of the International Center for Advanced Study Nikolai Kapitonenko believes that Zelensky is basically not ready to take any peacekeeping steps in Donbass, because all of them will be regarded as concessions to Russia, and this is unacceptable for him.

“From time to time, here and there some initiatives of varying degrees of adequacy emerge, but they do not lead to anything. Perhaps Kiev is trying to emphasize Russia's responsibility for the conflict and to show the internal audience that something is being done. But, in general, the situation is in a reliable impasse, and nothing can get it out of there, “says Kapitonenko.

The international expert recalled that at the end of 2019 and early 2020, Zelensky had already made attempts to restore trusting relations with Russia with small concessions, in order to then move on to more serious issues. For example, this concerned the creation of the Advisory Council under the TCG, the exchange of prisoners and the truce, which met with resistance from the national-patriotic part of society.

“As a result, the question of the implementation of the political part of the Minsk agreements was raised, and that was the end of it. Zelensky realized that even making small concessions, he would only lose his political stability. For the same reason, the President of Ukraine abandoned the idea of ​​freezing the conflict. He decided that it would be safer for him to maintain a low-intensity conflict, with shooting and people dying, “- accused Kapitonenko of the Ukrainian president.

At the same time, he notes that even if Zelensky wanted to negotiate with Moscow , he would hardly have succeeded. Kapitonenko believes that the Kremlin no longer trusts the President of Ukraine and does not consider him as a party to the negotiations.

The head of the Institute for Peacekeeping Initiatives and Conflictology, Denis Denisov, is also confident that Zelensky is simply chatting up the negotiation process.

“Kiev still tried to implement the first few points in practice. But there is no need to speak for sure about negotiations with Putin under the current conditions – they are unrealistic. If this is not a provocation, then Zelensky's attempt to attract attention … All the talk that Kiev had no other way to convey information to Moscow is a lie. There is a channel “Ermak – Kozak”. There has never been such a case that one of them tried to get through, and he did not succeed, “Denisov noted.