The US has ended its war in Afghanistan, the bombs have stopped falling and the Taliban are back in power. But life hasn't improved for millions of Afghans under the new government.

Since the Taliban took power in Afghanistan on Aug. 15, life for 33-year-old Wahida Amiri has been one shock after another.

First, she lost her job as a librarian. Then, she was told that women can’t leave home unless accompanied by a male relative. And now, Wahida Amiri is witnessing one of the worst humanitarian crises in the world, according to international groups.

Related: ‘I had to burn a lot of my stuff’: Two Afghan women on what they left behind when they fled the Taliban

Afghanistan's economy is on the brink of collapse and the rights of women and girls have been curtailed.

“We lost our identity and our dreams,” Wahida Amiri said from her home in Kabul. “The Taliban say they want an inclusive government, but so far, their actions paint a different picture.”

Wahida Amiri and a group of women across the country have been protesting Taliban restrictions for months. They have been out on the streets calling for teenage girls to be allowed back into schools and for women to have permission to work. (Women are banned from most employment).

“Work and access to education is a basic human right.”

“Work and access to education is a basic human right,” she said. 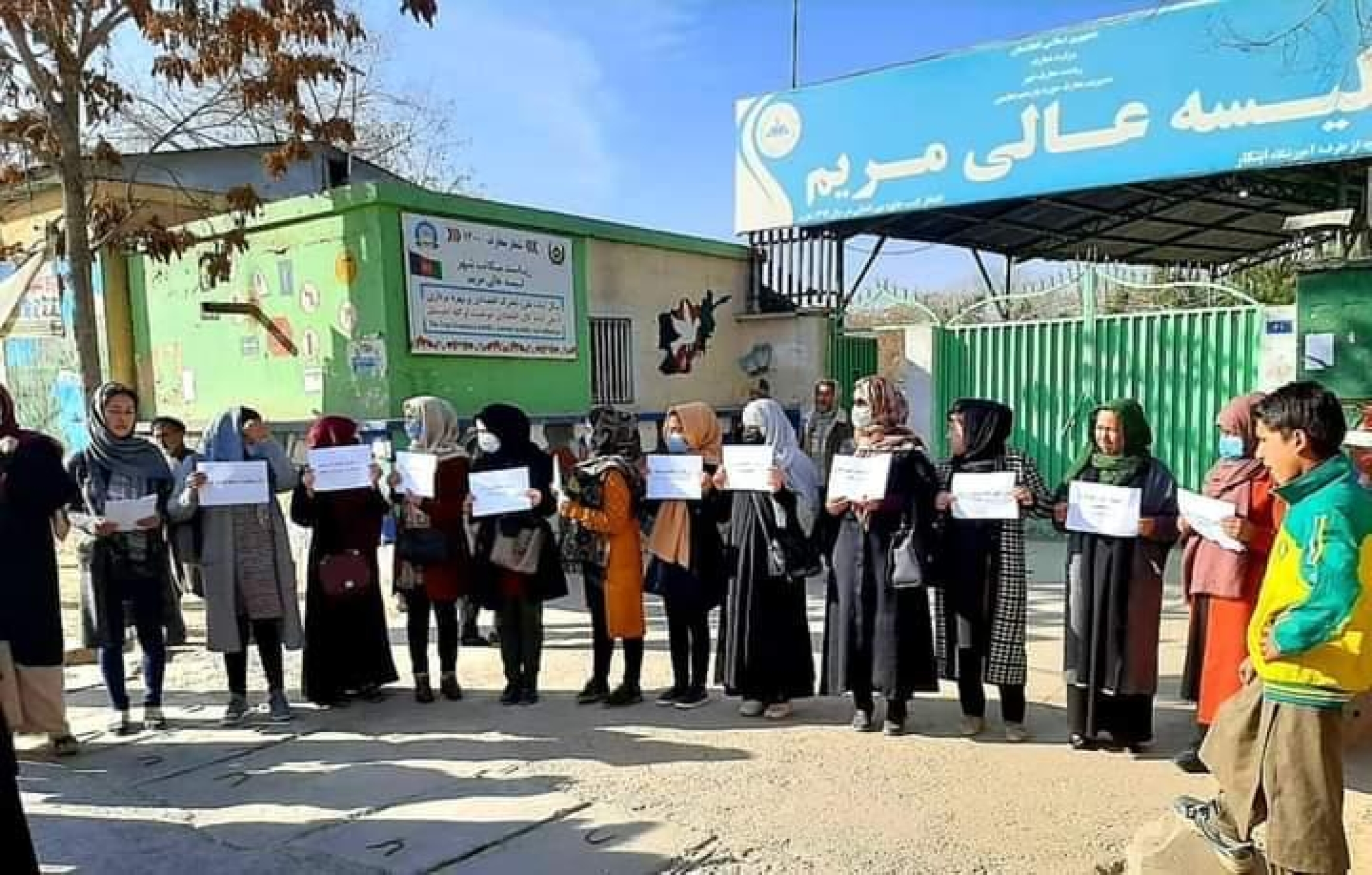 Wahida Amiri and other women in Aghanistan have been out on the streets calling for teenage girls to be allowed back into schools and for women to have permission to work. (Women are banned from most employment).

The Taliban’s response to women’s protests has been fierce. Protesters have been beaten and threatened, Wahida Amiri said. In November, Frozan Safi, a 29-year-old women’s rights activist, was reportedly shot to death in northern Afghanistan. Taliban officials suggested the death might have been the result of a “personal feud.”

Thousands of activists, media professionals, artists and university professors have fled the country since the Taliban takeover, fearing for their safety under the new government.

Wahida Amiri recorded a video last month from the back seat of a taxi. She had just left a protest, and through tears, she explained how Taliban men attacked women protesters and fired gunshots in the air.

“Are we not human?” she asks in the video. “Our lives are upended, we have no future.”

The Taliban takeover happened fast. Even the group’s leaders seemed caught off guard by how quickly they were back in power

In the five months since they took control, “they have been very busy consolidating power,” explained Omar Samad, formerly Afghanistan’s ambassador to Canada and France, who is now with the Atlantic Council, a think tank in Washington.

“They have had to relearn or learn from scratch how to govern.”

The Taliban, which was in power for a short period in the 1990s, are facing the realities of running a country of roughly 40 million people, Samad said.

“They do not seem to have enough people who can handle technical aspects of governance and on top of all this, we have seen this very troubling humanitarian crisis unfold in Afghanistan,” Samad said.

The World Food Program estimates that 98% of Afghans don’t have enough food to eat. UNICEF says 1 million children are on the brink of famine. The International Rescue Committee ranked Afghanistan at the top of its annual emergency watchlist, adding that the country could see near-universal poverty (97%) by mid-2022.

“The numbers that we’re looking at far exceed the combined total civilian casualties from the various armed attacks that took place in Afghanistan over 20 years,” warned Fionnuala Ní Aoláin, the special rapporteur on counterterrorism and human rights with the United Nations.

Last month, after much pressure, the United Nations lifted some restrictions on humanitarian aid.

Ní Aoláin said it’s a good step, but it’s not enough compared to the magnitude of the problem.

She likens the one-year reprieve to “shuffling deck chairs on the Titanic, where humanitarian actors get a small amount of time to do work that simply cannot be done.”

To solve the humanitarian crisis, Ní Aoláin said, the world needs to engage with the Taliban, “however unhappy and distasteful people find it.”

But some experts say that does not seem to be a top priority for the Biden administration. (The World requested an interview with the newly appointed US special envoy for Afghan women, girls and human rights, Rina Amiri (no relation to protester Wahida Amiri), which was not granted).

This week, the Biden administration announced $308 million in humanitarian aid for the people of Afghanistan. The White House said that it is also sending 1 million additional COVID-19 vaccine doses to the country through COVAX, an initiative by the World Health Organization to improve vaccine access and equity.

The aid will flow through aid organizations, and not the Taliban, US officials said.

‘We will continue to protest for our rights’

Meanwhile, people inside Afghanistan continue to not only fight hunger, but also the Taliban’s harsh rule.

Related: ‘It’s the American spirit’: These Connecticut landlords are stepping up to help Afghan refugees arriving in the US 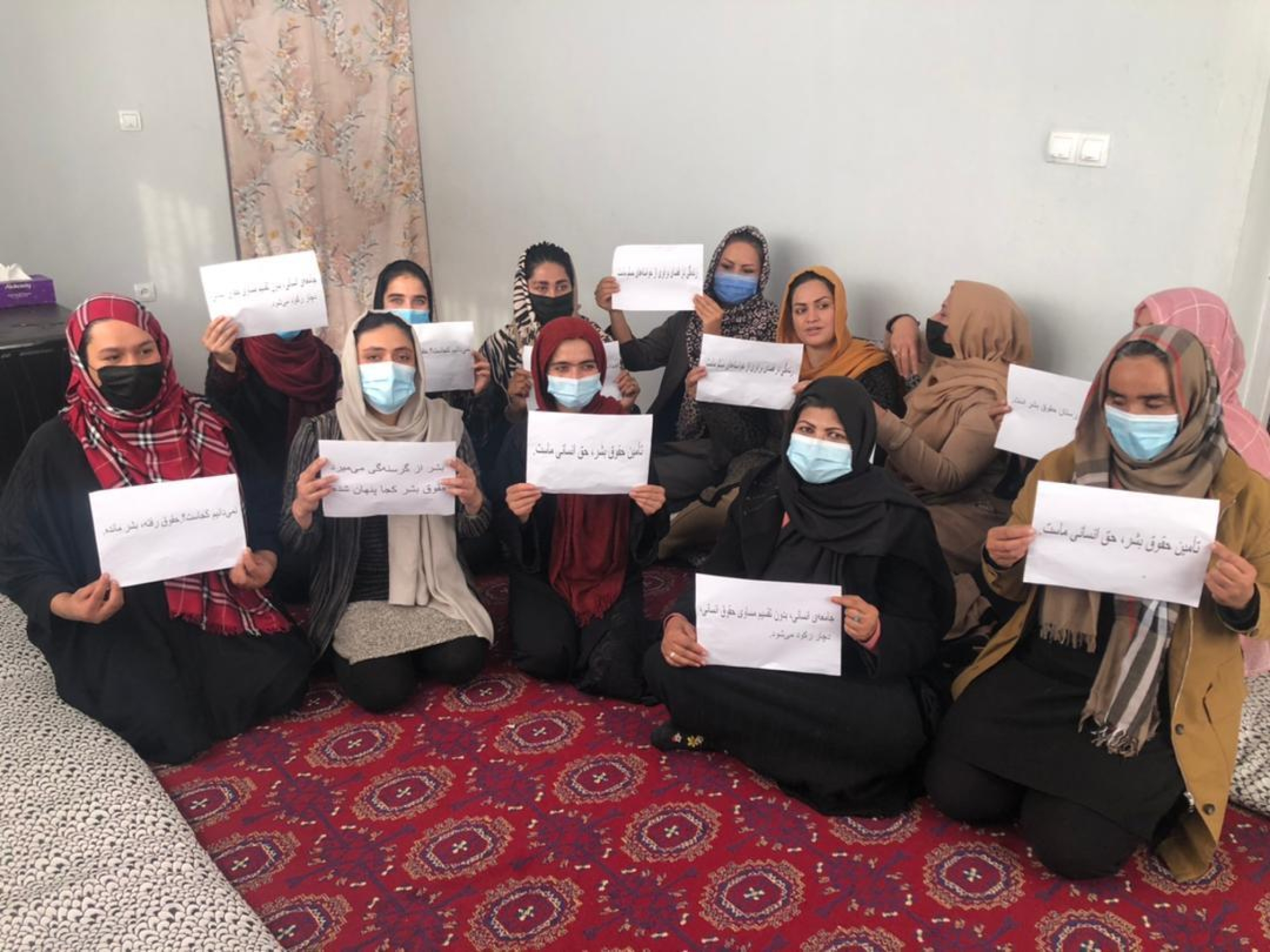 Wahida Amiri is among a group of women across the country who have been protesting Taliban restrictions for months.

Mahdi, who left the country a day before Kabul fell, said his journalist colleagues who are still there describe a dire situation for freedom of the press.

“Working in the media now is like working for outfits [that] are mouthpieces of the Taliban,” he said, adding that Taliban officials frequently visit newsrooms to “order reporters and editors on what kind of stories they can report on.” Mahdi said editors are regularly summoned by the Taliban to the intelligence offices and given instructions on coverage.

But Taliban pressure has not stopped Afghan women from protesting.

Wahida Amiri, the activist, said sometimes protesters gather in living rooms and basements to avoid harassment. They hold up signs that read “education is a human right” and “work, bread, freedom.” They then post photos and videos online.

“We will continue to raise our voice, despite the risks,” she said.