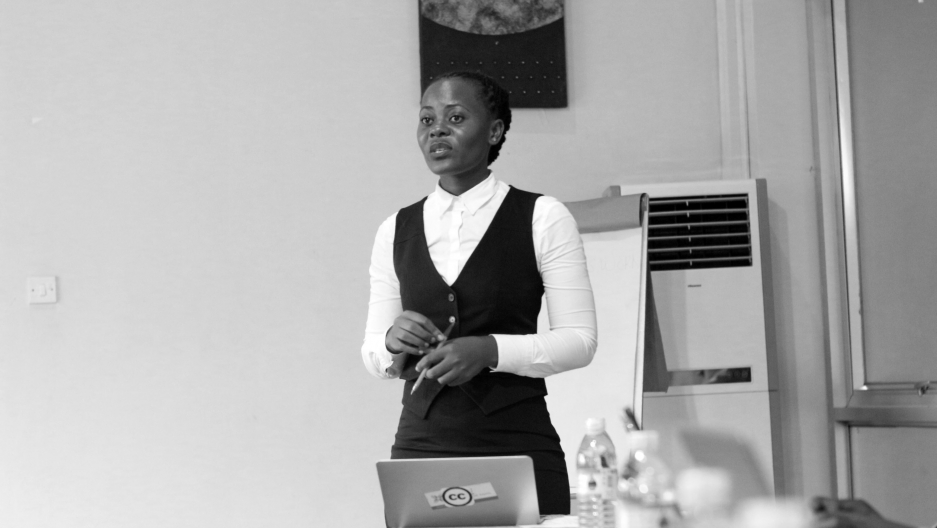 Primah Kwagala is a health rights lawyer in Uganda and CEO of Women’s Probono Initiative.

The archbishop of the Church of Uganda has broken with tradition to publicly urge women to use birth control to avoid getting pregnant during the pandemic.

Stephen Kazimba Mugalu, who was enthroned as archbishop on March 1, put the onus on women to prevent unwanted pregnancies.

“I am really concerned [that] after [this] coronavirus situation, we will have many, many women who will be pregnant. Actually, we need to be careful. I want to call upon you women — don’t forget to use your contraceptives because we don’t want [you] to have unwanted pregnancies,” Kazimba said. “These guys are there; they are eating and doing things [having sex]. Be careful because these men, they don’t care. You women [must] be careful.”

Uganda has one of the highest teen pregnancy rates in East Africa and sex education and access to contraceptives is limited.

The World’s Marco Werman spoke with Primah Kwagala, a human rights lawyer in Uganda who focuses on the health rights of women

Marco Werman: What was your reaction, Primah, when you heard the archbishop’s comments?

Primah Kwagala: My reaction was a bit of shock. I could not believe that an archbishop could come out in support of the use and provision of contraceptives to women and girls in Uganda. For the longest time, religious entities have been the roadblock to access to contraceptives.

So, you’re encouraged. What about the Ugandan public? How did they react?

It is not easy to tell what the public is thinking right now because of a lockdown. We have a mandatory curfew beginning at 7 p.m. to 6:30 a.m., so most of us are home.

So, are you surprised that the archbishop chose the pandemic lockdown as a time to promote birth control in Uganda?

I am not particularly surprised because he’s very new in the system. So, his message, that came when the Easter weekend was, I must say, received with mixed reactions. Because then there are people thinking: Are we sure he meant what he said? We are studying him. Because then, you know, they have meetings and protocol. So, it’s not clear if he just said it in the heat of the moment or if it’s something that he actually prepared to speak about because everyone was at home. And Ugandans are very religious people. Almost 80% of Ugandans subscribe to some Christian religion. So, the archbishop is actually held in very high regard. So, for him to say that was received with mixed reactions. Of course, for the rest of us health rights activists who are very excited about the message, we’re promoting it. But then we don’t know what will happen after.

Yeah, what do you think will happen? Do you think this message from the archbishop will kind of take hold and be impactful?

I think so. Because as activists, we tend to use it as an advocacy tool to encourage the government to avail and provide access to contraceptives for all women and girls of reproductive age, including those between the ages of 12 to 17 so that we can be able to prevent teenage pregnancies.

Related: Rohingya women are traditionally kept out of leadership roles. Will the coronavirus change that?

Yeah. So, it sounds like faith makes a teen pregnancy and birth control generally a particularly thorny issue in Uganda. How does Uganda compare to other countries in East Africa on these issues?

Compared to Kenya and Tanzania, Uganda’s teenage pregnancy rates are quite high. Having a mind shift, I think, is really something we are struggling with. Amid this, the religious communities are in charge of the health and education sector in the region.

Related: Women in Mexico take to the streets to protest femicide

Primah, I hear children in the background. Are kids in classes? How are you able to practice as a lawyer?

Currently, even legal services have been rendered nonessential, so we are not working, except for very emergency cases, say if someone needs bail. Because there are lots of people being arrested for breaking the curfew.