The Pacific microstate of Tuvalu is in the unique position to capitalize on its much sought-after domain name — .tv — the worldwide abbreviation for “television.” In a new deal with GoDaddy, the small nation is poised to make an estimated $10 million a year from leasing its domain name to online streaming sites like Twitch.

In this Oct. 13, 2011, file photo, Funafuti, the main island of the nation state of Tuvalu, is seen from Royal New Zealand Air Force's C-130 aircraft as it approaches at Funafuti, Tuvalu.

What does the Pacific microstate of Tuvalu and the online live-streaming giant Twitch have in common? Not much. But one makes the other a lot of money — simply because of its name.

Tuvalu is in the unique position to capitalize on its much sought-after domain name — .tv — the worldwide abbreviation for “television.”

“Essentially, it’s just like having land and leasing that land out to others."

“Essentially, it’s just like having land and leasing that land out to others,” said George Siosi Samuels, the managing director of Faiā, a community tech consultancy.

Through Faiā, Tuvalu leases out .tv for a set number of years to service providers, who then lease the license out to companies to use in their internet addresses — with Tuvalu getting a cut.

In a new deal struck with US-based web-hosting company GoDaddy, Tuvalu is now poised to make an estimated $10 million a year, thanks to increased demand for use of .tv amid the online video streaming boom.

This good fortune all started in the 1990s, when the International Telecommunication Union was assigning countries a string of characters to put at the end of their web addresses so that online users would know where the website addresses were based. Tuvalu was assigned .tv.

Think: “.uk” for the United Kingdom and “.ph” for the Philippines.

But it would take several years for the small archipelago nation of approximately 12,000 residents to truly understand the power of that assignation. Through a series of contracts with foreign companies, the tiny country was able to start making money on .tv in 1998, by leasing the coveted address to interested service providers.

With its first $1 million, Tuvalu was able to cover its fees to join the United Nations. 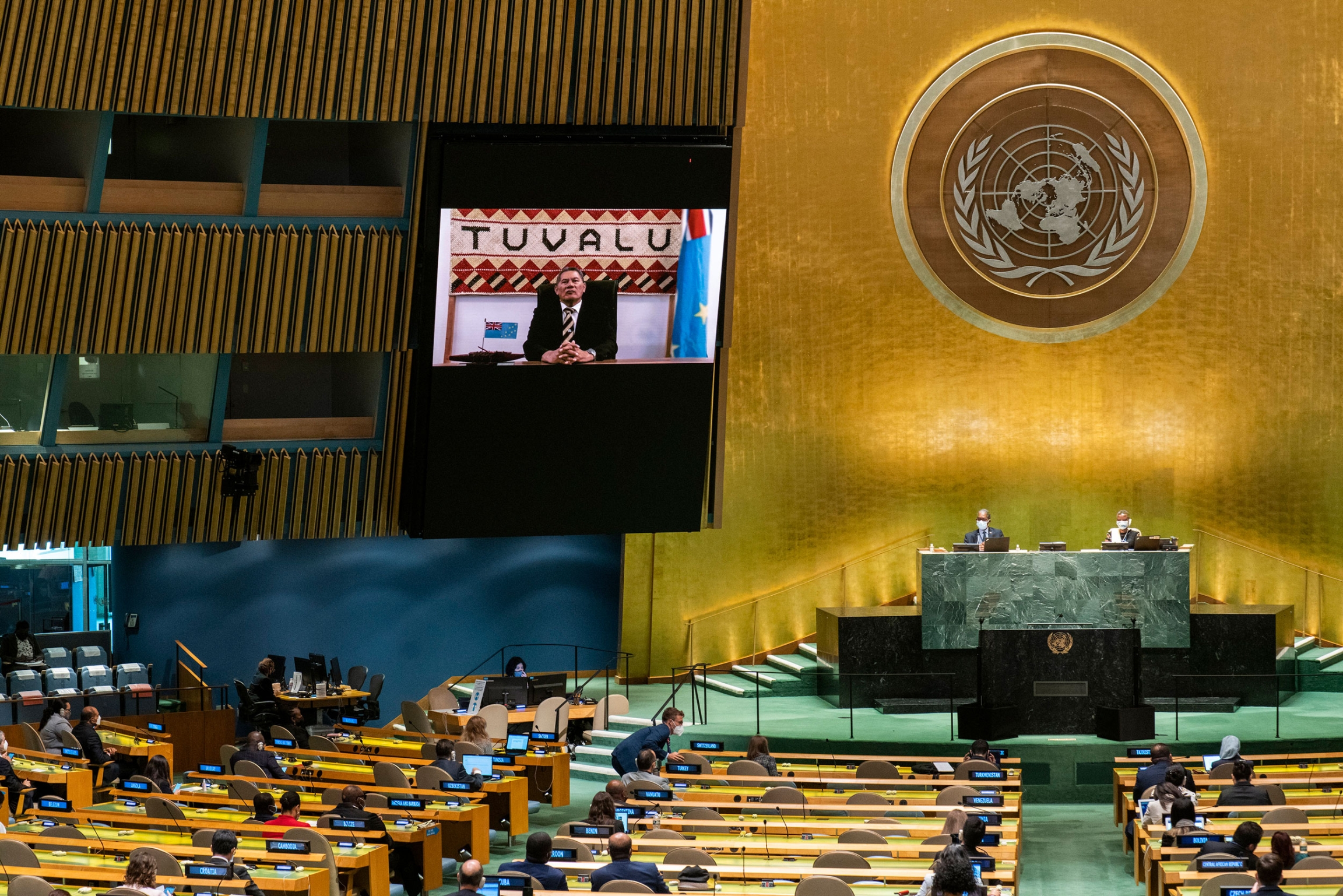 Still, it wasn’t until they entered into an agreement with Virginia-based VeriSign Inc. in 2001, when the money really started rolling in. VeriSign opened up .tv to the world, allowing the domain to be licensed for use by all kinds of businesses.

According to Domain Tools, .tv is licensed to 458,195 websites, including Twitch, with its online address: twitch.tv.

The multibillion dollar platform, established in 2011, and bought by Amazon in 2014, is the “unquestioned king of live-streaming content,” said Travis Keeling, a content creator on Twitch. Under the username MayorPublic, he uses the site to meet and play with other online gamers like himself.

But there’s so much more on Twitch than just gaming, he told The World.

“You have everything like real-life situations, like just people out walking around and stuff. But you also have cooking streams, gaming, news, all sorts of stuff,” Keeling said.

While its competitors YouTube and Facebook may have more users, Twitch claims more live-streaming hours than both — some 65% in 2020, according to Streamlabs Blog.

Through its most recent contract with VeriSign, Tuvalu earned $5 million a year, or 1/12 of its annual gross income of over $67 million in 2020, according to the World Bank.

Samuels said .tv provides an additional revenue stream for the remote microstate located between Hawaii and Australia. The island’s economy is otherwise heavily dependent on fishing and remittances from overseas workers.

“And this becomes a way for them to use such funds to invest back into the country,” he said. 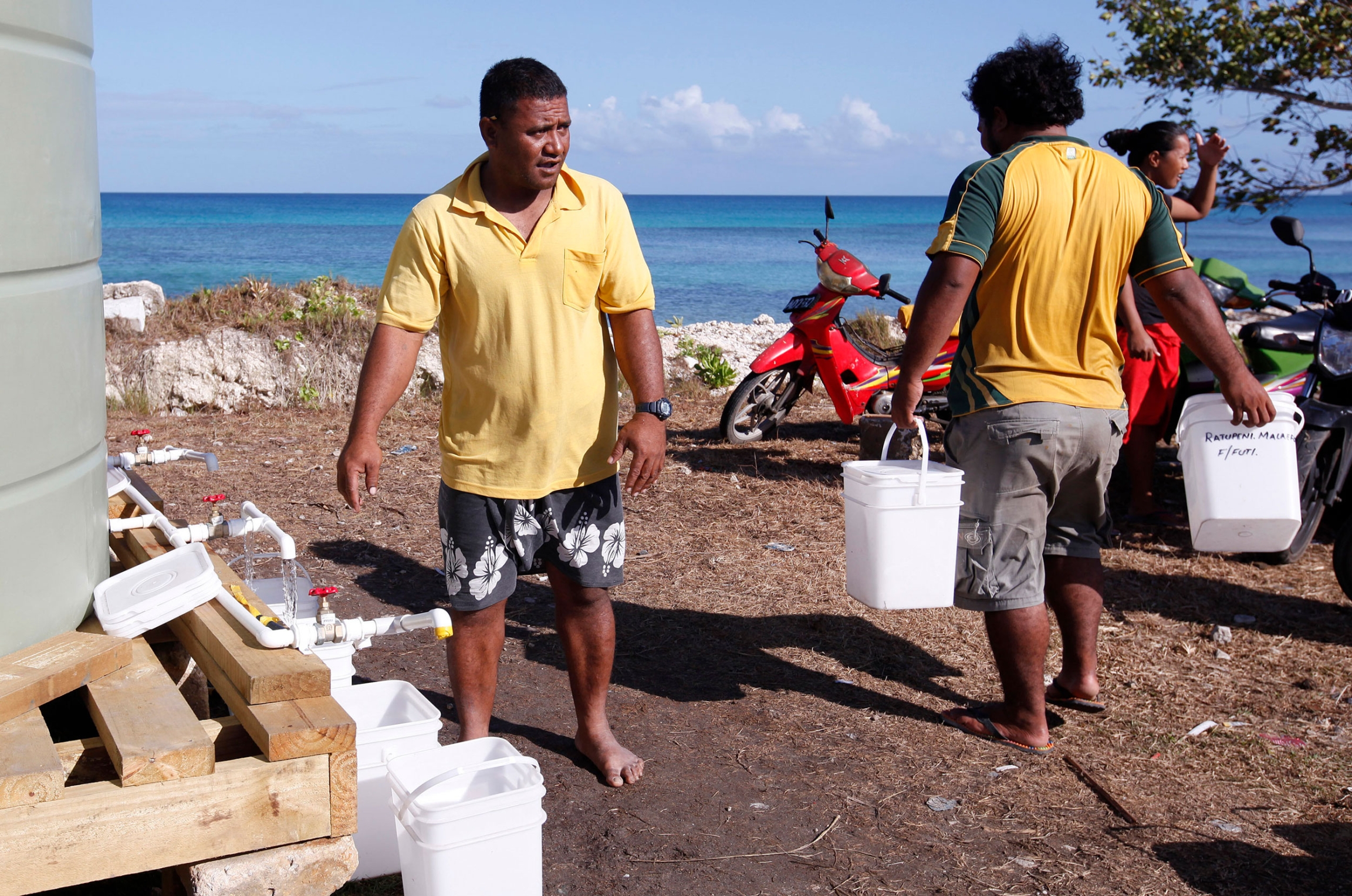 In this Oct. 13, 2011, file photo, residents collect their morning ration of fresh water made from desalinated sea water in Funafuti, Tuvalu, while the atolls are suffering a severe drought and water shortage.

Tuvalu could be making even more money soon.

When its second contract with VeriSign expired in 2021, the right to manage .tv went up for bidding again. This time Tuvalu went with GoDaddy. And while the government has yet to give an exact number for the contract, experts say the country could potentially make up to $10 million a year on the domain.

The .tv status is not the only way Tuvalu has become a leader in the digital space, Samuels said. Last year, the nation announced they were going to use blockchain technology to go completely cashless.

Samuels said Tuvalu has created a unique opportunity for itself and is proof that big things can come from small places, “to sort of leap-frog themselves and [leverage] the scalability and lack of restrictions that the digital world has that benefits them and our people,” he said.