'Travel bubbles': Who’s in and who’s out of the plan to save global tourism

"Travel bubbles" are popping up around the world in an attempt to revitalize tourism economies.

Passengers wait for a regional train at the main train station in Berlin during the coronavirus disease (COVID-19) outbreak, in Berlin, Germany, June 10, 2020.

The coronavirus pandemic has brought leisure travel to a standstill. International tourism could decline by up to 80% this year, according to the United Nations World Tourism Organization. Now, just as the Northern Hemisphere enters the summer season, governments around the world are trying to revitalize their tourism economies.

“The idea to start reallowing travel is not to open up all borders to everybody, but that countries form free travel zones,” said Per Block, an Oxford University researcher in social mobility.

“Free travel zones” — also known as “corona corridors” and “travel bubbles” — are agreements with neighboring regions that allow for travel across borders for non-essential trips without quarantining upon arrival.

Countries don’t need to have zero cases of COVID-19 to form a travel bubble, but all countries involved should be at a similar stage of reopening, Block said.

“Travel is slowly being allowed again, even though their caseload is nowhere near zero.”

“That’s what’s happening in many European countries,” Block said. “Travel is slowly being allowed again, even though their caseload is nowhere near zero.”

A report last month from the European Commission recommends this strategy for European Union member-states. Spain, Italy, Greece and Portugal are among the countries that have agreed to opening their borders to travelers from the EU. Norway and Denmark, meanwhile, have opened their borders just to each other, leaving other Scandinavian countries out of immediate plans.

Beyond Europe, travel bubbles are also popping up. People in Singapore and select Chinese provinces can now travel for business without having to quarantine for 14 days. Travelers will be subject to COVID-19 tests before and after flying, and will be required to use an app that tracks their movements during the trip. 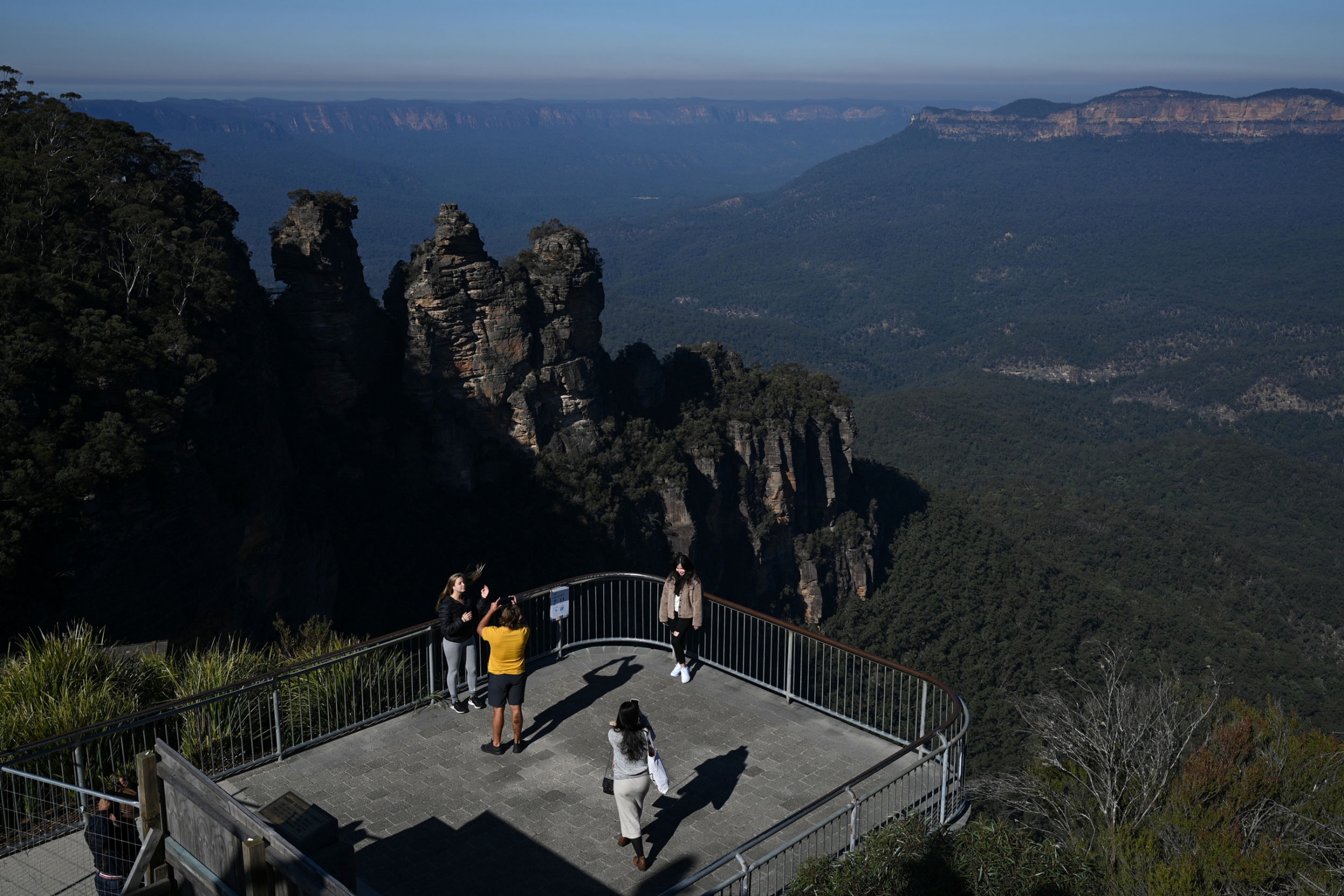 Tourists pose for photos at a Three Sisters rock formation lookout in Blue Mountains National Park in the wake of regional travel re-opening as the coronavirus disease (COVID-19) restrictions are eased in New South Wales, in Katoomba, Australia, June 5, 2020.

Australia and New Zealand were among the first to discuss the idea of a travel bubble. Both countries have been praised for their handling of the pandemic, and New Zealand even announced zero active cases of the disease this week.

“We need to be assured that when we open up to Australia, we can do that with confidence.”

“We need to be assured that when we open up to Australia, we can do that with confidence. There are still cases in Australia. So we do need to be careful,” Ardern said at a press conference on Monday. “They’re not quite in the position New Zealand is in.”

The European Commission shares that caution. A report this week announced that travelers coming from outside the EU will not be allowed into EU member states for non-essential travel through June 30. Spokesperson Sonya Gospodinova says a plan to loosen the travel restrictions is being developed.

“We are looking ahead to resuming the travel from outside the EU very shortly,” Gospodinova said. “Possibly in July.”

Like the kind made of soap and water, travel bubbles are fragile. The United States has one of the worst infection rates in the world, and the lack of widespread testing and contact tracing might doom its chances of being invited into any travel bubble at this point — even with its closest neighbors.

“I think it’s simply inarguable that we in Canada stand to gain very little by opening the border to the United States.”

“I think it’s simply inarguable that we in Canada stand to gain very little by opening the border to the United States,” said Amir Attaran, a professor of law and epidemiology at the University of Ottawa. “I don’t particularly think Canada is a success to which the United States should compare itself. We have failed too. We just have not failed as badly as you have.”

Those in favor of reopening the border point to Canada’s reliance on the US for tourism. According to the Tourism Industry Association of Canada, nearly 70% of people visiting the country come from the US. But Attaran says the marketplace can’t operate without a healthy population.

“Americans need to get quite realistic about this,” he said. “Unless you get this disease under control quickly, it’s not just the end of your economy — it’s the end of your country, really.”