class=”MuiTypography-root-134 MuiTypography-h1-139″>‘They’re hurting themselves’: In Lebanon, women risk their lives to get an abortion illegally

In Lebanon, a pregnancy can only be terminated if three doctors agree that a woman's life is at risk. But this doesn't stop abortions from happening.

Malak el-Durani, a midwife, prepares an ultrasound machine at the Salama clinic in Lebanon’s Bekaa Valley.

Malak el-Dirani, a midwife in Lebanon’s Bekaa Valley, said that she regularly sees patients who try to end their pregnancies on their own.

They lift something heavy, fall down the stairs, hit themselves in the abdomen or take herbs or pills, she said.

“They know we don’t do abortions, so they’ll never say, ‘I took these pills, can you help me,’” Dirani said in Arabic, through a translator. “They’ll say, I’m bleeding and I don’t know why.”

According to Lebanese law, dating to 1943, three doctors must agree that a patient’s life is in danger before they terminate a pregnancy. There are no exceptions for rape or incest. The penalty for having an abortion is prison for six months to three years.

In Beirut, many doctors still do the procedure illegally for about $500. For early-term abortions, pills such as misoprostol can also be found online, or purchased with a prescription for the treatment of stomach ulcers — though they’re not easy to get.

But in the conservative Bekaa Valley, where Muslim and Christian-majority towns both dot the highway, and more than a third of Lebanon’s Syrian refugee population lives, views on abortion are more rigid. 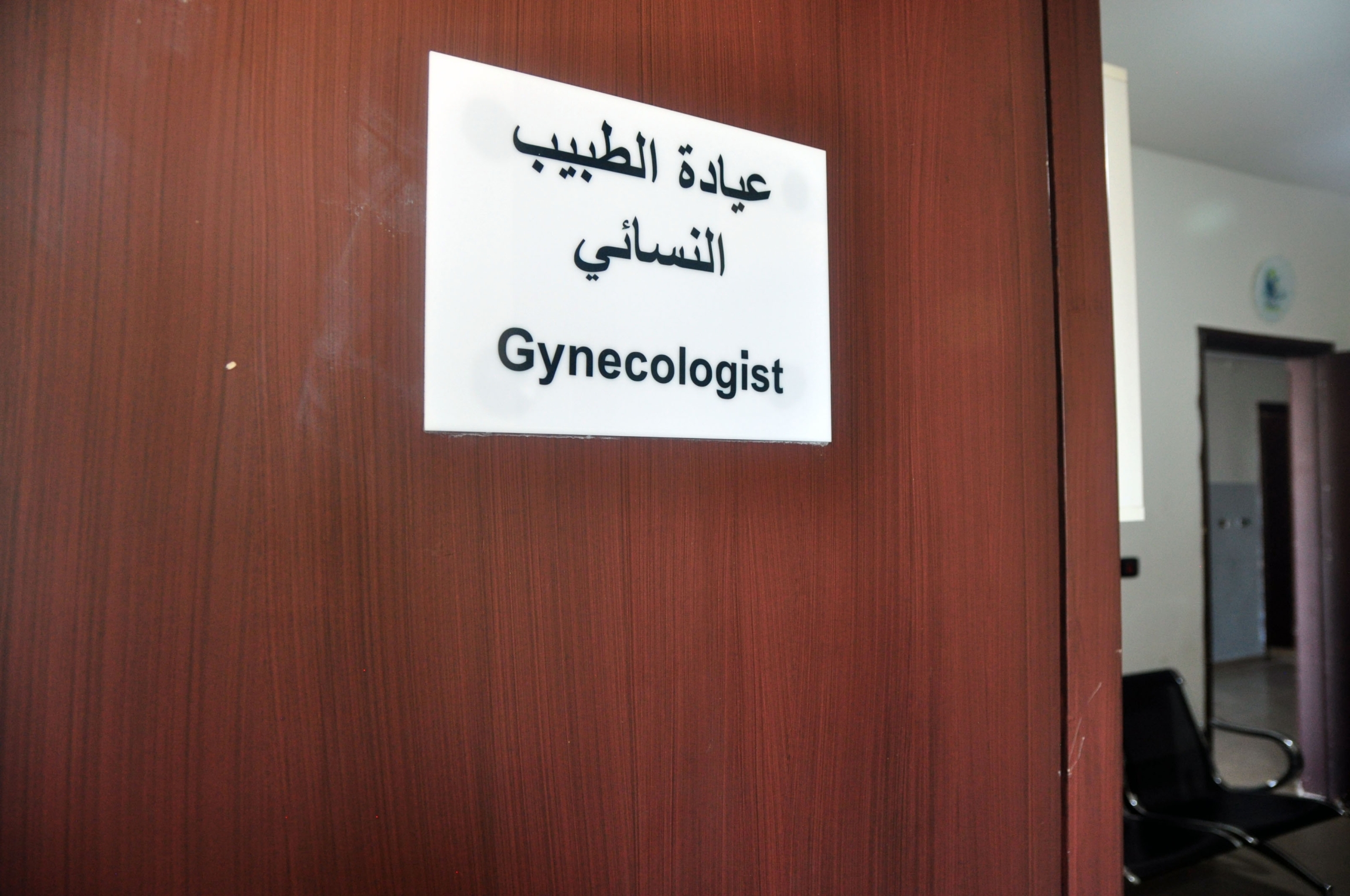 A sign outside the gynecologist’s exam room at the Salama clinic in Lebanon’s Bekaa Valley.

Some patients risk trying to end pregnancies on their own.

“There are a lot of clinics that aren’t well-equipped. They’re in houses, or dangerous places,” Dirani said. “Women are putting themselves at risk. They can have an infection, or bleed to death … And if she dies, the family is destroyed as well.”

Dirani works at Salama, a rare, low-cost reproductive health clinic for Lebanese women and Syrian refugees that opened in 2017. The project is named for the Arabic word for “safety.”

Salama, which has two locations in the area, is a member of the International Planned Parenthood Federation and received startup funding from the United Nations Population Fund (UNFPA) and the Japanese government.

Like their patients, the clinic’s providers are a diverse mix of Christian, Muslim and secular women. 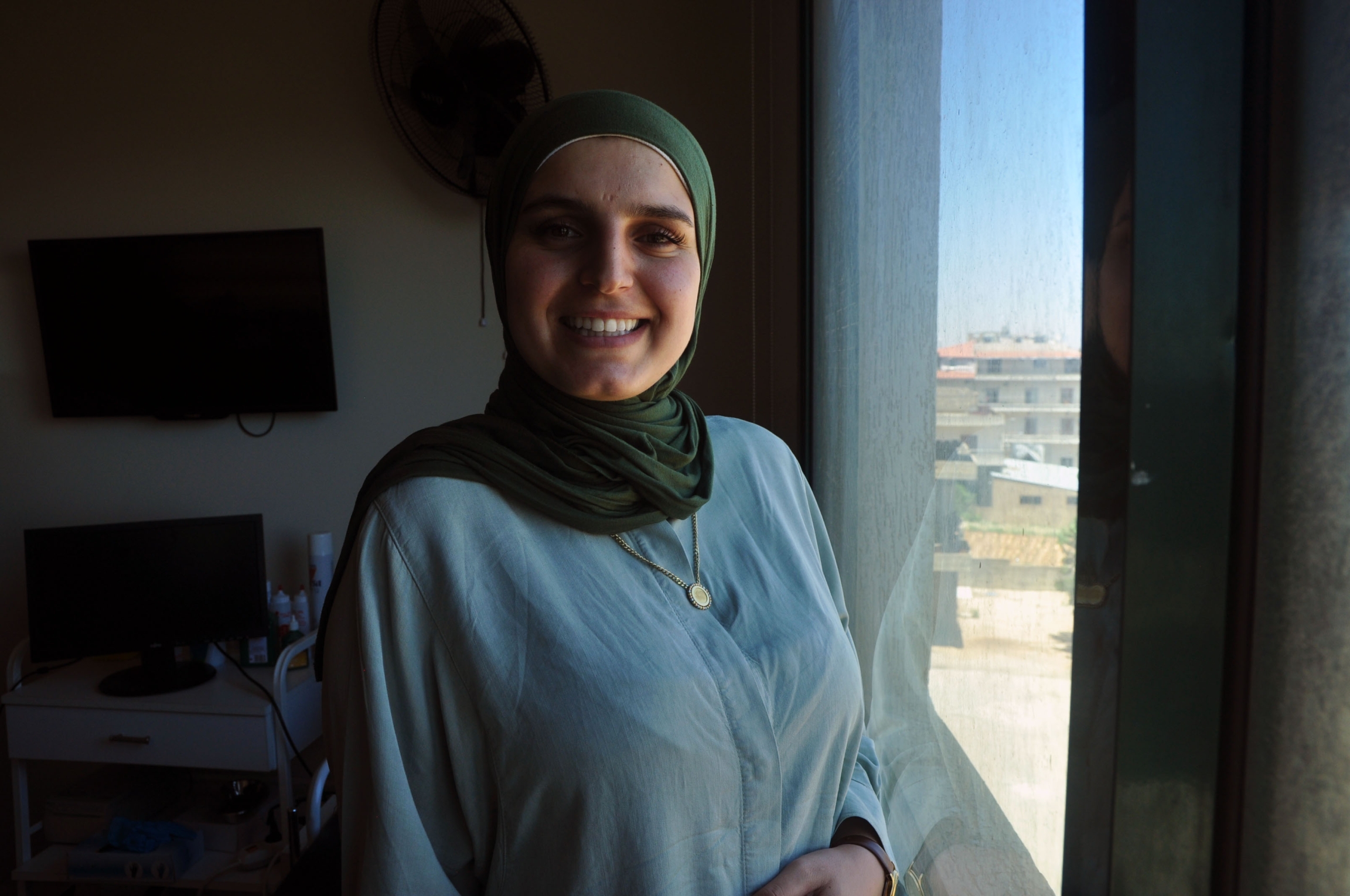 Malak el-Durani, a midwife, smiles in a patient room at the Salama clinic in Lebanon’s Bekaa Valley.

Lina Sabra, who started the clinic, said that Salama’s goal is to prevent unsafe abortions. More of their patients are trying to prevent pregnancy, she said.

“Society is changing … sometimes, we even see men coming to ask for condoms, or another family planning method to help their wives,” Sabra said. “We are not saying you won’t have children — you’ll have the number you want, but you have to plan when to have them.”

For the equivalent of about 50 cents to $1 per visit, Salama offers pap smears, contraception, STD tests, fertility counseling and prenatal visits. They don’t perform abortions, but they do offer follow-up care and counseling for patients who have terminated their pregnancies elsewhere.

“She should not be pregnant for at least six months after an abortion, so we give her counseling about family planning, and we make her aware of unsafe abortion — what are the complications,” Dirani said. “It’s dangerous for her life, for her family.”

But as the Lebanese government faces bankruptcy and financial support for Syrian refugees falls away, sexual health staples such as birth control pills and condoms are increasingly out of reach for even working, middle-class patients.

“In Bekaa, especially, it’s really conservative. Abortion is illegal, but it’s not really a topic that people talk about. It’s taboo,” said Baidaa Dolbani, a social worker at Salama. 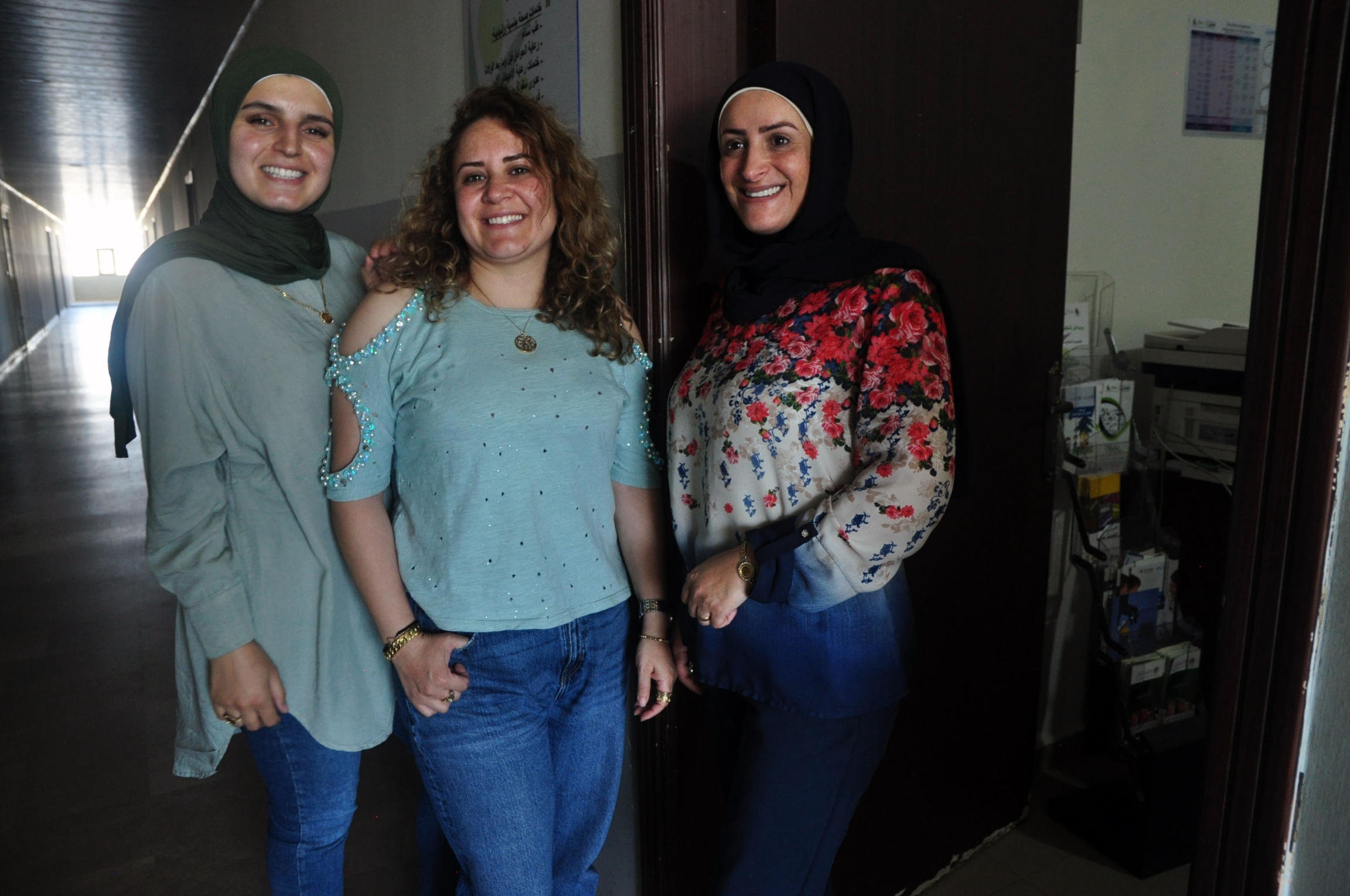 For many women in Bekaa, Salama workers said, sex education isn’t taught in schools and sex before marriage is out of the question. Teen marriage is widely accepted, and big families are fashionable. It’s common for men to pressure their wives to have more kids.

“They even lack knowledge about pleasure, or contraception or prevention of STDs,” said Dr. Larissa Skaf, an OB-GYN at Salama. “You see young adults or teenagers that can get sexually assaulted, raped and they don’t know anything about it. They can’t defend themselves.”

Skaf does not perform abortions, but is occasionally asked by her patients to do so. She said that it’s excruciating to refuse. 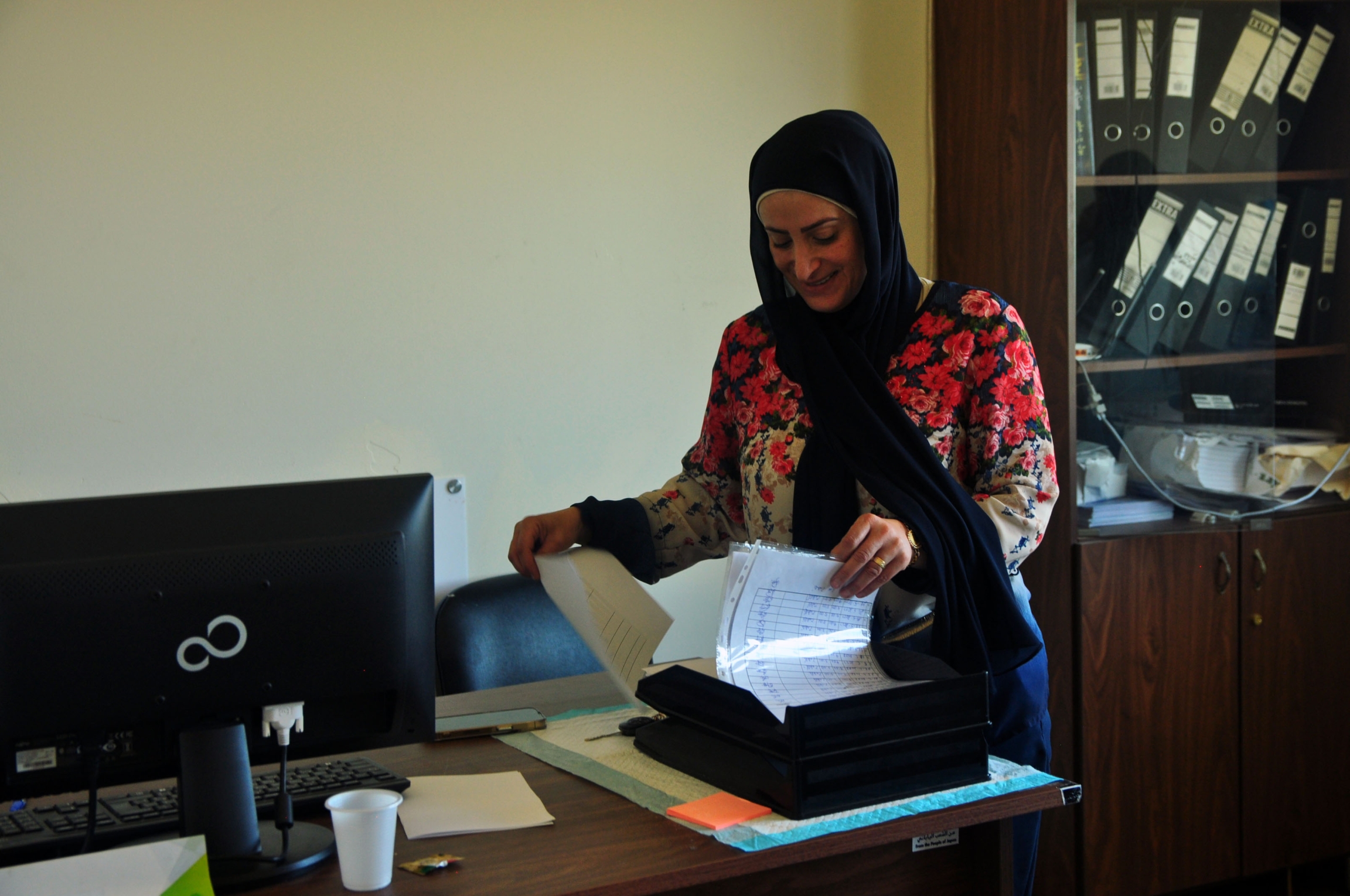 Baidaa Dolbani, a social worker, organizes paperwork in her office at the Salama clinic in Lebanon’s Bekaa Valley.

“I have a lot of patients that come, telling me, ‘I already have five or six kids, we are barely eating, and I need an abortion,” Skaf said. “It really saddens me. Because I’m personally against abortion but at the same time I’m not against it being legal — every person has their own situation.”

Skaf said that she often sees patients who have managed to find abortion pills illegally, but didn’t know how to take them properly.

“They bleed, and they think it’s over — but the fetus is still going. They get anemia and sometimes infections, they need surgeries afterwards,” Skaf said.

At Salama one afternoon, Hanin, a 19-year-old mother of two from Syria, was getting an IUD insertion, a form of birth control that lasts for three to seven years. Her full name isn’t being used to protect her privacy.

She said that she isn’t done having children, but needs to postpone it for now, for financial reasons.

Hanin, who was accompanied by her 17-year-old sister-in-law, Amina and her mother, Sitta, said that they support Lebanon’s abortion restrictions because “Abortion is haram [forbidden by Islamic law],”  Hanin said.

A 24-year-old university student, Zahraa, spoke from a hair salon where women can freely remove their headscarves and get a haircut or even a tattoo. 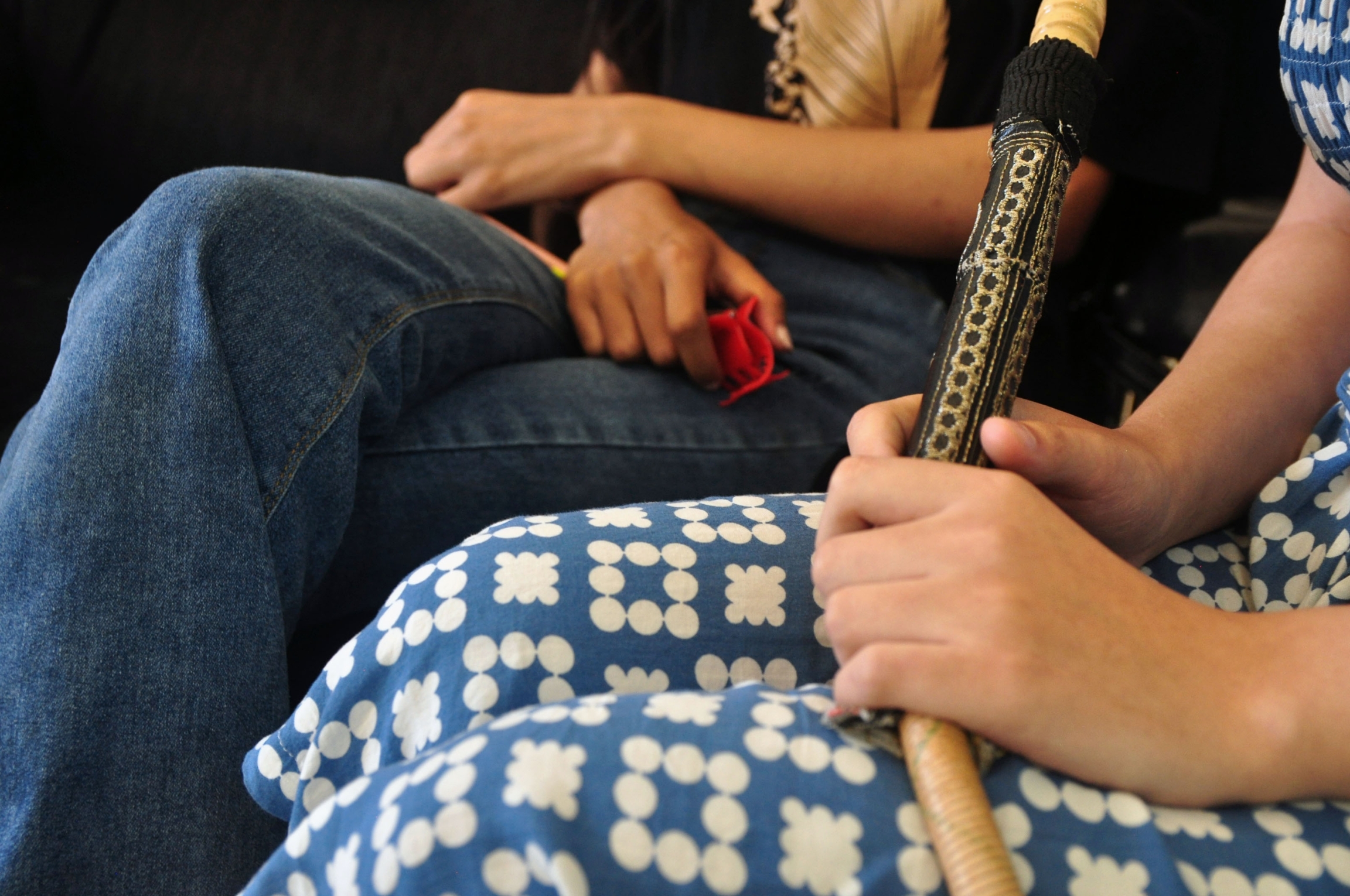 Two university students, Zahraa and Malak, sit together at a hair salon in Lebanon’s Bekaa Valley as they discuss abortion rights. Both say they oppose the procedure, but think it should be legal.

She said that her opinion would anger her father — so she asked not to share her last name.

“There are a lot of babies coming into this world as a victim because of an unhappy marriage or an unwanted pregnancy,” Zahraa said. “Women are putting themselves in a very unsafe position, maybe they’re hurting themselves.”

Children of unwed mothers are ostracized in Bekaa, Zahraa said. And divorces in Lebanon are governed by religious laws, so women might lose custody of their children if they leave an abusive marriage after having kids.