The Jan. 6 insurrection at the US Capitol offers an example of how refusing to accept election results can lead to violence.

An attendee at an October 2021 political rally hosted by right-wing activist Charlie Kirk asked: “How many elections are they going to steal before we kill these people?”

The attendee was referring to the baseless allegation that Joe Biden stole the 2020 US presidential election and that he unfairly denied Donald Trump reelection.

Kirk, CEO of Turning Point USA, condemned the question. But one year after the Capitol insurrection that was fueled by Trump’s claims of a rigged election, Kirk, other commentators and politicians — and, of course, Trump himself — continue to fuel false beliefs of widespread election fraud. Embrace of the “Big Lie” that Trump really won the election has become an article of faith for many Republican politicians. It is also widely believed by conservative Americans; in an October, 2021 poll, 60% of Republicans said the 2020 presidential election results should definitely or probably be overturned.

This creates a potentially dangerous situation for the United States. Acceptance of electoral defeat, something political scientists call “loser’s consent,” is essential for stability and order in democracies. 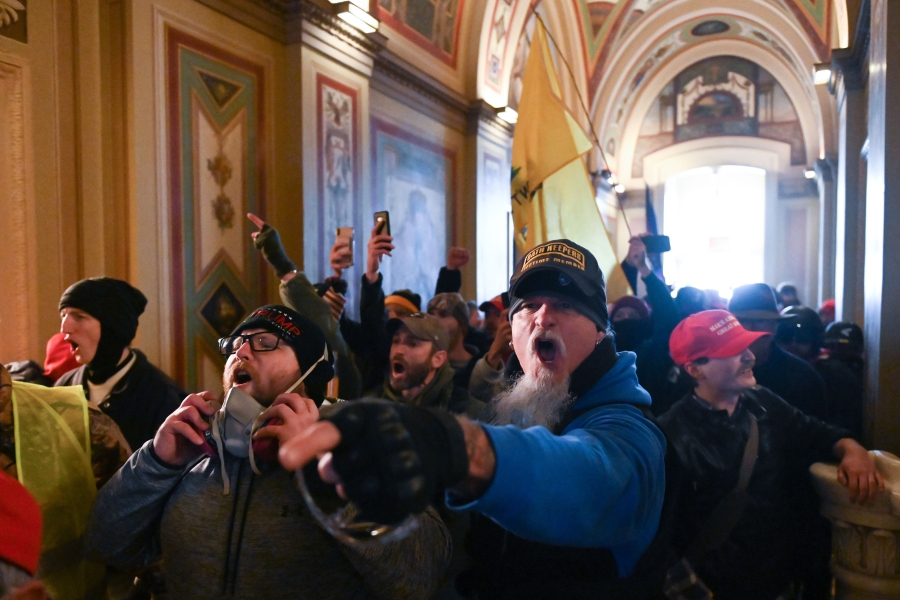 Democracy is based on a compact: Election losers agree to accept the results and encourage their supporters to do the same.

In exchange, losing politicians get a chance to run, and win, in a future election.

However, loser’s consent is fragile. And when it is broken the risk of political violence increases. In a recent study I published, I conclude that when election losers in democracies reject election results, becoming “sore losers,” trust in political institutions is eroded, political polarization and tribalism grows and mistrust thrives.

This produces a situation where political violence is no longer seen as taboo, particularly among supporters of the losing political party. My research shows that when losing politicians in democracies refuse to accept election results, citizens begin to see terrorism as more acceptable and domestic terrorism increases.

Here in the US, outrage over the Big Lie helped fuel the violence at the Capitol on Jan. 6, 2021. It has also driven domestic terrorism plots.

For example, federal authorities announced charges in July against two men who planned to bomb the California Democratic Party headquarters. The two men were radicalized by the Big Lie and expressed hope on social media that the attack would “start a movement that could keep former President Donald J. Trump in office.” 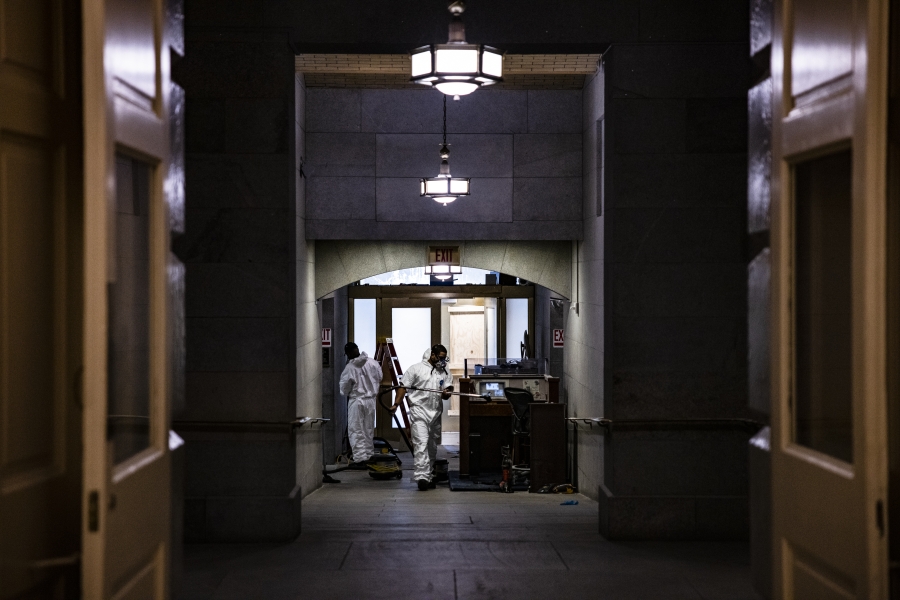 The day after the US Capitol was stormed, workers begin to clean up the debris and damage estimated at $2.5 million.

In my study I examined domestic terrorist attack data in over 100 democracies from 1970 to 2018. I also looked at public opinion on whether people view the use of terrorism as justifiable in 30 democratic countries from 2017 to 2020. I based my definition of domestic terrorism on the one used by the Global Terrorism Database. Finally, I used data to measure whether politicians who lost recent national elections in democracies refused to accept the results. I limited my analysis to democracies that were free from electoral irregularities.

I also accounted for other factors that might make domestic terrorism more common or acceptable in my analyses. These include the country’s economic state, ethnic diversity and political violence history, as well as the government’s strength and stability.

For public opinion on terrorism, I weighed the effects of factors such as the age, gender, income, education level, political ideology and religious and ethnic identity of the survey respondent and the amount of terrorism in the country over the previous three years.

When contested results lead to violence

Here is what I found.

First, when losing political parties in democracies reject election results, domestic terrorism increases and gets more intense. By how much depends on how many, and what types of, political parties were sore losers.

These results show that when politicians refuse to accept a free and fair democratic election’s outcome, and instead choose to promote a popular narrative of a stolen or dirty election, they place their people in physical danger. Popular tolerance for terrorism grows, and so does terrorist activity itself.

James Piazza is a liberal arts professor of political science at Penn State. This article is republished from The Conversation, a nonprofit, independent news organization dedicated to unlocking the knowledge of experts for the public good.