The slow burn of a long-term slowdown 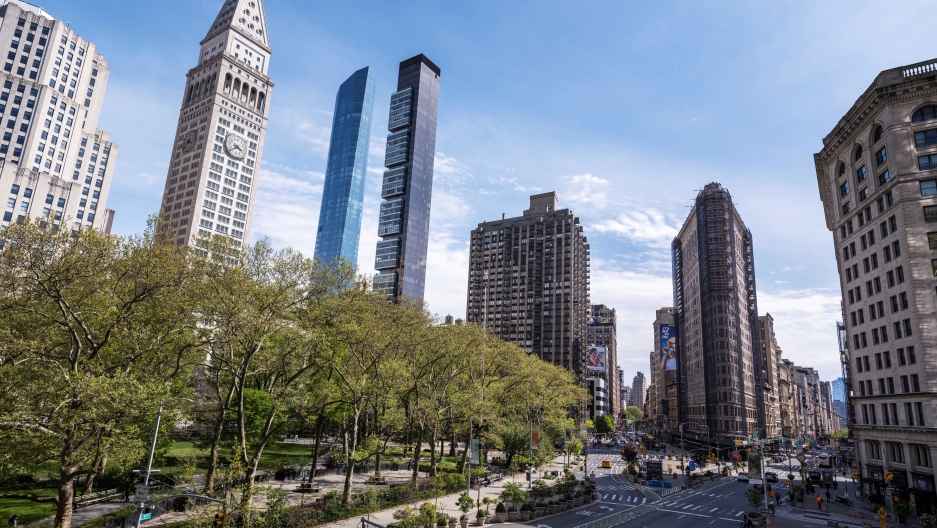 The Flatiron Building stands next to Madison Square Park as streets remain less busy due to the continuing outbreak of the coronavirus disease (COVID-19) in the Manhattan borough of New York, May 5, 2020.

We’re not in a space race anymore, or an arms race, or any kind of race right now. And even if we were, it doesn’t seem like we’d be winning.

As fast-moving as it may feel, the world has really been slowing down for decades. From the global population, to the economy, to technology, the rate of innovation and growth has practically ground to a halt. That’s according to Danny Dorling, a professor of geography at Oxford University and author of Slowdown: The End of the Great Acceleration — and Why It’s Good for the Planet, the Economy, and Our Lives.

The idea that we’re slowing down or reaching a growth plateau seems to run counter to concerns about overpopulation. The Earth’s human population went from about 1 billion at the start of the 1800s to nearly 8 billion now. Dorling said that our population doubling, and doubling, and doubling again in the span of just a few hundred years has never happened before to our species, and it won’t happen again.

“The UN and many other bodies that look at demographic trends say that within the next century, maybe within just 70 or 60 years, we’ll hit stability,” Dorling said. “Population on the planet will stop growing for human beings and then we’ll have a slight reduction.”

Related: The economics of a global emergency

The clearest proof of this gradual population slowdown is the steadily dipping birth rates around the world. In many countries, birth rates have fallen below two children per woman in a lifetime, putting population growth below replacement level. In South Korea, the rate has dropped below one child per woman, meaning the population is poised to halve in a single generation.

We can see this larger slowdown in other areas, too. Even before the pandemic shut down economies around the world, global GDP had seen less and less growth for decades. Similarly, our technological innovations, which, for hundreds of years, grew in leaps and bounds, have been tapering off.

“We cannot do things fundamentally differently to how we did them 10 or 20 years ago, whereas the difference for our grandparents and parents was much, much bigger in their lifetime,” Dorling said.

As an example, the tractor is only a little more than a century old, and before that, we were using horses, which Dorling calls “an enormous change.” By comparison, our lives since birth have changed very little.

Related: A path out of a pandemic

Some of this may seem like bad news. On the surface, a slowdown sounds like a decline, whether it’s for our quality of life or for our expected wealth. But Dorling says this slowdown might just be what the world needs. For one thing, fewer people means less consumption, and less consumption means less pollution. Plus, Dorling says it’s worthwhile to ask ourselves what the purpose is of the innovations we’re still making.

“I quite like the idea of my children living a life that is not dramatically different to mine,” Dorling said. “I don’t think that some of the ways in which we’ve accelerated our lives have necessarily improved our lives — we’ve just done it because we can.”

Sarah Leeson is an associate producer on Innovation Hub. You can follow her on Twitter at @sarabration.