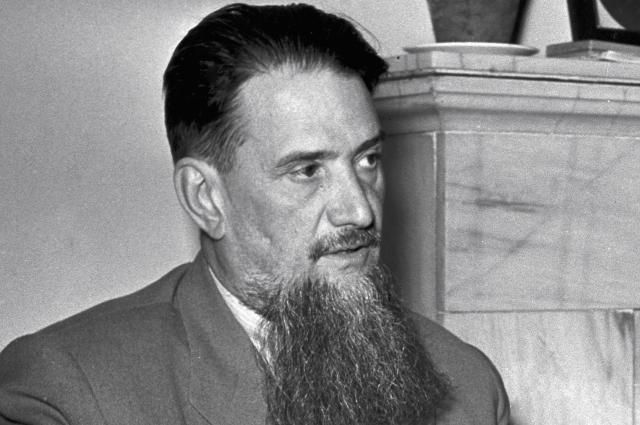 Today it is possible to enumerate for a long time what the Soviet Union was the first in. Space, some types of weapons, medical research. In some ways, they are trying to challenge our superiority. But there are things that are undeniable. This is, first of all, everything connected with the atom. On December 25, 1946, the F-1 atomic reactor was built in the USSR. It became the first not only in the Union, but also in Europe.

& hellip; Champagne, as usual, was poured five minutes before the New Year. The toast was also usually sounded: for happiness, for peace, friendship. And only Kurchatov suddenly added two words: “ For our successes! '' & Nbsp;

Only a few people understood the hidden meaning of them, and only then, many years later, the whole world learned about them! After all, it was about the launch of the first nuclear reactor in Europe, an event that changed the fate of mankind in the 20th century. But on New Year's Eve, 1947, only two guessed about it – & mdash; Igor Kurchatov and Lev Artsimovich .

December was a test month for both scientists. Artsimovich managed to obtain crumbs of uranium-235 with the help of electromagnetic isotope separation. His achievement was encouraging: the path to obtaining nuclear explosives was open.

At that time, Igor Kurchatov was laying layer by layer of blocks of uranium and graphite. Will he be able to get the same plutonium & mdash; material that doesn't exist on Earth? The Americans succeeded, but is it misinformation coming from overseas? Kurchatov himself had no doubts, but he had a lot of opponents …

50 layers were laid, and the “ clicks '' sounding in the hall began to be heard more often. Now Kurchatov did not leave the assembly for & nbsp; a minute.

Theorists predicted that a chain reaction would begin at the assembly of layer 60. They were wrong. Only when the 62nd layer was laid did the “ symphony of clicks '' & nbsp; & mdash; and then never interrupted.

Kurchatov demanded that everyone not employed in management leave the room, and he sat down at the control panel.

At 18:00 on December 25, a self-sustaining chain reaction was recorded. That event is reflected on just one page. It was intended for Stalin:

On December 25, 1946, in the laboratory of comrade Kurchatov, an experimental physical uranium-graphite boiler was completed and put into operation.

With the help of the constructed physical uranium-graphite boiler, we are now in a position to solve the most important issues of industrial production and use of atomic energy, which until now were considered only presumably, on the basis of theoretical calculations. ''

Under a special stamp

The facts of receiving milligrams of uranium-235 and launching the F-1 reactor were protected not only by the Top Secret stamp, but also by the more severe Special Folder. & Nbsp; Even the closest associates of Kurchatov and Artsimovich had no right to talk about it. Beria feared that the data would get to the Americans and that, taking into account their experience, they would calculate the time and possibilities of creating weapons with us.

Bruno Pontecorvo reported in 1942 that Enrico Fermi had launched an atomic reactor under the stands of the Chicago Stadium. And now, after 3 years, the atomic bomb appeared in America. This means that information from the USSR about the launch of the reactor will tell them that we will have it too soon … Beria turned out to be & nbsp; right. In America, they learned about the launch of our & nbsp; reactor only after testing the first atomic bomb. And the “ Secret '' stamp was removed from the F-1 reactor (as it should be in the Atomic Project) after half a century. On this day, a museum was opened …

On January 9, 1947, Stalin met in the Kremlin with scientists and leaders of the Atomic Project. The meeting lasted three hours.

Stalin immediately signed the Decree of the Council of Ministers of the USSR on awarding I.V. Kurchatov and L.A. Artsimovich & nbsp; and both teams they led.

There were no other such extensive and numerous meetings. Historians claim that even Kurchatov saw the leader of the second & mdash; and the last & mdash; Once, they say, in the “ diary of meetings '' kept by Stalin's assistant, there is no mention of this.

But it seems to me that this is another “ blank spot '' in our history. Of course, there were meetings. Yu.B. told me about one of them. Khariton , about another & mdash; K.I.Schelkin … Just by order of Beria, such meetings with atomic scientists were not recorded & mdash; an impenetrable system of secrecy was created around the leader. The fact is that Stalin was well informed about all the intricacies of the Atomic Project, and without consultations with specialists it was simply impossible!

Moreover, at the beginning of 1947, a kind of race for leadership in obtaining nuclear explosives began .

Igor Kurchatov & mdash; it is plutonium.

The Atomic Troika & nbsp; started almost simultaneously and under the same conditions. In the Urals, three plants were under construction in three closed cities. By the way, they exist in our time.

Plutonium was the first to reach the desired finish. Then & mdash; uranium-235, and all the plants together ensure the security of our Motherland to this day.