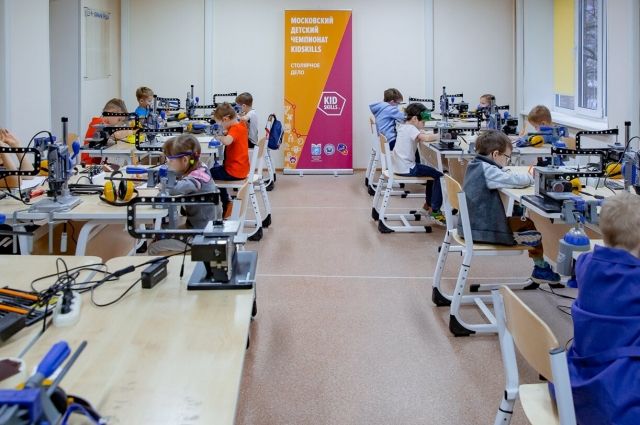 The results of the Moscow Children's Championship KidSkills, which became a record in terms of the number of participants and competencies, were summed up in the capital, the press service of the Moscow Mayor reported.

“ This year, more than 14 thousand people from 544 educational organizations of the capital competed in 26 competencies '', & mdash; said the deputy head of the Moscow Department of Education and Science Alexander Tverskoy. & nbsp;

The awards were received by 352 teams from 207 educational organizations of the capital: 112 gold, 119 silver and 121 bronze medals.

For the second year in a row, the Moscow State Educational Complex won in the team event in terms of the number of winners and prize-winners. The second place was taken by preschoolers and students of the school at the College of Small Business No. 4, the third – & mdash; pupils of the educational institution “ School in Nekrasovka. ''

This year the participants competed in two children's categories: 5-7 years old and 8-10 years old, as well as in the family category FamilySkills. In the latter, adults performed with children 10-14 years old.

“ For the first time, we invited parents to the championship to participate in the new FamilySkills category. This format brings families closer together, teaches them to support each other in a variety of situations '', & mdash; Tverskoy emphasized.

Regardless of the competence, the participants had to show the skills necessary in adult life: the ability to work in a team, business communication and stress resistance.

“ In the competence “ Mobile robotics '' real skill is required: the guys assemble and program the robot. The competition area was an imitation of the workshop of the KamAZ plant, where robots deliver spare parts. Everything is automated & mdash; a robot picks up a part in one place and brings it to another. Kids of five & mdash; seven years have shown brilliant results '', & mdash; Maria Armanova, chief expert of the Mobile Robotics competence, shared the success of the participants.

Recall that the first KidSkills championship for children was held in Moscow in 2018. Five competencies were presented at it. The next year, the number of competencies was increased to 10.