The makings of modern conservatism in the US 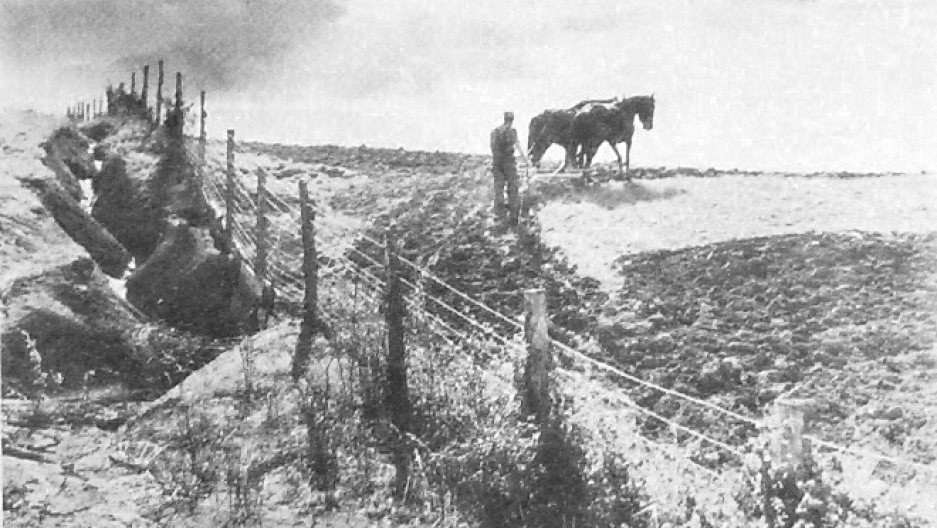 A farmer plowing badly eroded fields in the upper Tennessee Valley, in the southeastern United States, in the 1930s. Poor farming techniques had damaged much of the farmland in Southern Appalachia by the time of the Great Depression.

The Republican Party has a reputation for being the party of small government — of keeping bureaucrats out of our lives, homes, and churches. Indeed, President Donald Trump has spent several weeks advocating for the end of the government-sanctioned quarantine in order to reopen the economy. However, the Republican party didn’t always embrace the idea of a whittled-down state.

According to Kathryn Olmsted, professor of history at the University of California Davis, and author of “Right Out of California: The 1930s and the Big Business Roots of Modern Conservatism,” up until about a century ago, conservative business owners saw themselves as allies with the government. The relationship was symbiotic, and corporations viewed the federal government as beneficial to business.

In the 1930s, though, a shift began. As Franklin Roosevelt’s New Deal began encouraging the formation of unions, the government suddenly became the enemy.

There was an irony to this: Despite misconceptions in the fields, the federal government did not actually aim to extend union protections to farm workers. Instead, they got a helping hand from somewhere else.

“The more conventional union leaders, the American Federation of Labor, they were not interested in trying to organize the farm workers,” Olmsted said. “So, who was left to organize them? It was the Communist Party, which had an ideological commitment to the idea of organizing the least privileged members of society in hopes of turning them into a revolutionary force.”

Agribusiness watched their workers go on strike and saw their positive relationship with the government crumble.

Related: How immigrant workers are preparing for automation in agriculture

“The corporate growers in California began to sort of wake up and say, ‘This whole program, which at first we thought was fine because we were getting agricultural subsidies and we were getting more infrastructure projects, we see the government now as a force for evil instead of a force for protecting the markets,’” Olmsted said.

With this realization, California conservatives began to organize against the labor movement to great effect. Some of the tactics that were created in this era are still employed today. There was fake news, a brand-new political consulting firm, and even dark money at play. Olmstead said that conservatives claimed that FDR was a threat to traditional gender and racial hierarchies, that he was “friendly to communistic ideas,” and that he would destroy the family and the church as they knew it.

Despite these new political maneuvers (which did win big elections for conservatives at the time), Olmsted said that modern historians have largely thought the “Old Right” of the 1930s, which championed isolationism and nationalism, had lost. But today, the echoes of the “Old Right” aren’t hard to find in our politics. While there’s been a split in conservatism, where neo-conservatives are largely divorced from the anti-semitic and nationalist roots of the 1930s, there are also paleo-conservatives who stay closer to the original Great-Depression approach.

Today, there are some who see “big-government conservatives” gaining power in the party, but it may be that the current White House shows the impact of the past.

Sarah Leeson is associate producer on Innovation Hub. Find her on Twitter at @sarahbration.