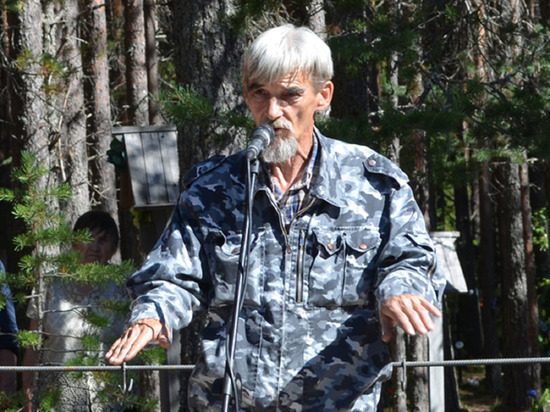 A court in Karelia has sentenced the historian and the head of the department of the Memorial Scientific Information Center; (recognized by the Ministry of Justice as a foreign agent) Yuri Dmitriev to 15 years in prison.

Dmitriev was found guilty of lecherous acts, the production of pornography and possession of weapons.

serving in a strict regime colony '', & ndash; said in court.

Recall that the criminal prosecution of Dmitriev began in 2016. According to him, the blame for everything was the dissatisfaction of the police officers with his investigation of the Stalinist repressions in the region. During a search, a folder with photographs of a naked adopted daughter, born in 2005, was found in his computer. Dmitriev stated that he photographed the child for his Health Diary to monitor her physical development.

Dmitriev was accused of making pornography: out of 200 photographs, 9 of them showed the child's crotch. In addition, a sawed-off shotgun was found in the apartment & nbsp; & ndash; a case was also initiated on illegal possession of weapons.

As a result, after investigating the case in April 2018, the Petrozavodsk court acquitted the historian on all counts, except for the storage of weapons. Dmitriev was sentenced to 3.5 years in prison. However, an appeal was filed against the court's decision, and the Supreme Court of Karelia increased the sentence to 13 years in prison under the article on sexual abuse of a minor. Today & nbsp; Petrozavodsk City Court & nbsp; in combination with a previously committed crime, sentenced to 15 years in prison.