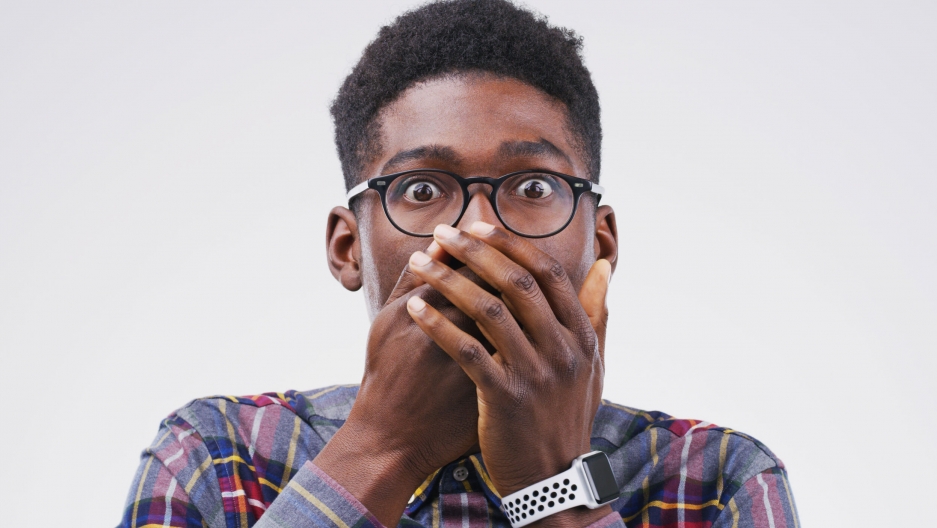 When you stub your toe, there’s nothing like letting out a string of expletives.

But it turns out, there’s more to this release than you might think.

Researchers have found that swearing can actually increase a person’s pain tolerance — and no, you can’t substitute in a PG equivalent like “Oh fudge!” Only the real thing will do.

Related: Damn coronavirus! How the Dutch use diseases as curse words.

Participants in a study at the Swear Lab at Keele University in the United Kingdom were asked to submerge their hands into ice-cold water while repeating one of four words — the f-bomb, a control word, and two made-up swear words, “fouch” and “twizzpipe.”

“We found … people who swore were able to withstand the painful stimulus, the ice-cold water, for 33% longer than any of the other words,” said Olly Robertson, the lead researcher on the study who also researches psychology at Oxford University.

Robertson says there are two theories about why this might be the case.

The first is that the parasympathetic nervous system — or the body’s “rest and relaxation” response — may kick in.

“What happens there is once you’ve dealt with a stressor … the parasympathetic nervous system comes in and puts the chill factor on everything, so your heart rate comes down. It allows your body to rest and recover and gain all the resources back,” Robertson explained.

The other theory says that swearing may trigger the body’s sympathetic nervous system, or the “fight or flight” response, which may provide the adrenaline needed to power through a painful experience.

Robertson said it’s still unclear whether these responses work completely separately from each other, or work in tandem.

But one thing is clear — the psychology of swearing yields many surprises.

“A lot of us do it most days, but we don’t really think about how it might affect our bodies, how it might affect our social relationships, or what it means for the real world. That’s what we’re interested in — making this somehow mundane-seeming everyday behavior and looking at how important it is in real life,” she continued.

Listen to the full interview above.