In Georgia, a young Latina reluctantly casts her primary vote for Biden 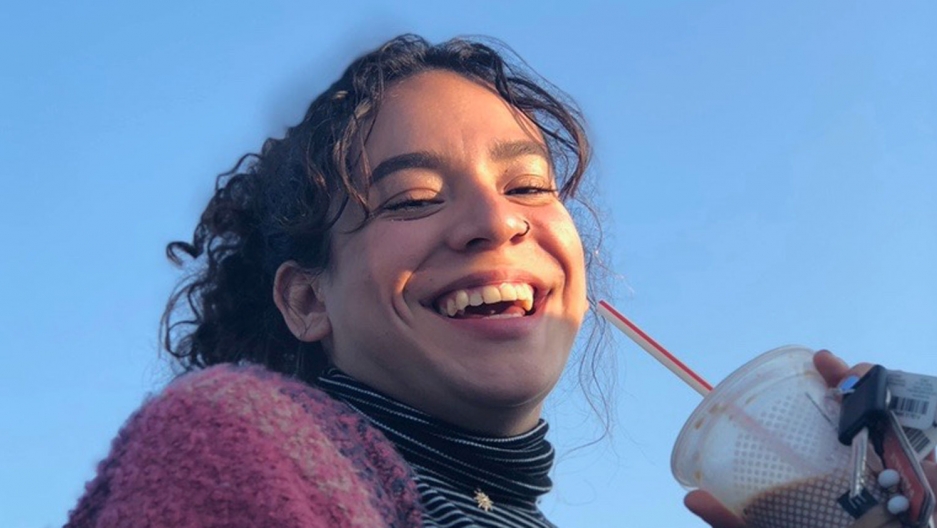 Leticia Arcila, a 20-year-old voter in Atlanta, Georgia, said health care is her top priority in a presidential candidate.

This story is part of “Every 30 Seconds,” a collaborative public media reporting project tracing the young Latino electorate leading up to the 2020 presidential election and beyond.

Leticia Arcila didn’t want to take any chances when it came to casting her vote in the Georgia state primary Tuesday, June 9.

This year, state officials pushed back the primary twice due to the coronavirus pandemic. Then they sent absentee ballot request forms to all of the state’s nearly 7 million registered voters — an unprecedented step to “prioritize the health and safety of Georgians,” said Georgia Secretary of State Brad Raffensperger.

But Arcila, a 20-year-old first-generation Mexican American living in Atlanta, insisted on voting in person Tuesday. This year is her first time voting in a presidential election cycle.

Related: For this young Latina voter, pandemic highlights need for ‘Medicare for All’

Arcila said she looked forward to casting her vote, but it’s bittersweet: she had planned to vote for Vermont Sen. Bernie Sanders, who dropped out of the race in April. To make matters worse, Georgia voters faced chaos at many polling locations Tuesday amid reports of broken voting machines, lack of provisional ballots and hours-long lines.

Georgia’s primary was originally scheduled for March 24. State officials pushed it back to May 19, due to fears about COVID-19. Finally, they pushed it back even further to June 9. In the meantime, Sanders left the race.

Eventually, she recovered. If she wanted to, she could still vote for Sanders. His name is still on primary ballots in some states, including Georgia. If Sanders earns 25% of the Democratic Party’s delegates, he can secure representation on committees at the party’s convention — allowing him to heavily influence the Democratic platform on issues like health care and college tuition.

Despite her admiration for Sanders, Leticia has resigned herself to vote for former Vice President Joe Biden, the presumptive Democratic nominee.

“If you know that the country is going to go a certain way, it makes sense to do everything possible to try and get Trump out,” she said. “[That’s] basically what I’m trying to go for.”

Although Leticia is determined to vote, that might not be the case for every Latino in Georgia.

“The polling indicates that the Bernie supporters among the Latino community were upset about the [primary] outcome, but they’re not necessarily not going to participate in the election,” said Jerry Gonzalez, the executive director of the Georgia Association of Latino Elected Officials, or GALEO. “I think Joe Biden still has a lot of work to do in the Latino community and reaching out to the Latino community.”

Related: Can Biden turn out Latinos to vote? Advocacy groups aren’t sure

GALEO is a nonprofit, nonpartisan group focused on engaging Latinos in Georgia in the voting process. Gonzalez says as a group, young Latinos haven’t coalesced around Biden’s candidacy yet.

There are signs the Biden campaign is finally investing in targeting Latino voters. It recently hired Julie Chávez Rodriguez as a senior adviser working on Latino outreach. Chávez Rodriguez, the granddaughter of civil rights leader César Chávez, has previously worked for Democratic Sen. Kamala Harris of California and served as deputy director of political engagement for the Obama administration.

Investing in Latino voters in Georgia could pay off big for any campaign. According to Gonzalez, when GALEO began in 2003, there were about 10,000 Latinos registered to vote in Georgia. Now, there are almost 240,000. Gonzalez points out that some recent elections in Georgia have been won by thin margins. For example, President Donald Trump won the state in 2016 by 211,141 votes.

“If we show up to vote, the Latino community can determine a competitive statewide race.”

“If we show up to vote, the Latino community can determine a competitive statewide race,” Gonzales said.

Getting people to vote during the pandemic, though, could be a challenge. Gonzalez says because Latinos haven’t traditionally voted via absentee ballots, GALEO will spend time explaining that process.

“The particular instructions are confusing and there’s a lot of ways in which your vote can be disqualified if you don’t follow all the particular steps associated with that process, so there’s going to be a lot of education around that,” he said.

Arcila doesn’t need to be convinced that voting is important. She just wishes she had a candidate who promises the things Sanders did, including universal access to healthcare.

Arcila was laid off shortly after the pandemic spread in Georgia and doesn’t have health insurance. But even though she thinks Biden lacks bold ideas, she’s committed to voting for him.

“The country is going to vote one way or another, and so I guess we might as well just go for the thing that’s going to help us in the end and if that’s Biden, then it’s Biden,” she said.

Still, Arcila says Georgia’s delayed primary makes her feel like she missed out on shaping who the Democratic candidate would be.

“It’s hard to kind of accept because you kind of feel like it’s your future,” she said. “And you want to conquer it and make something amazing out of it. It kind of feels almost, like, taken away from you.”