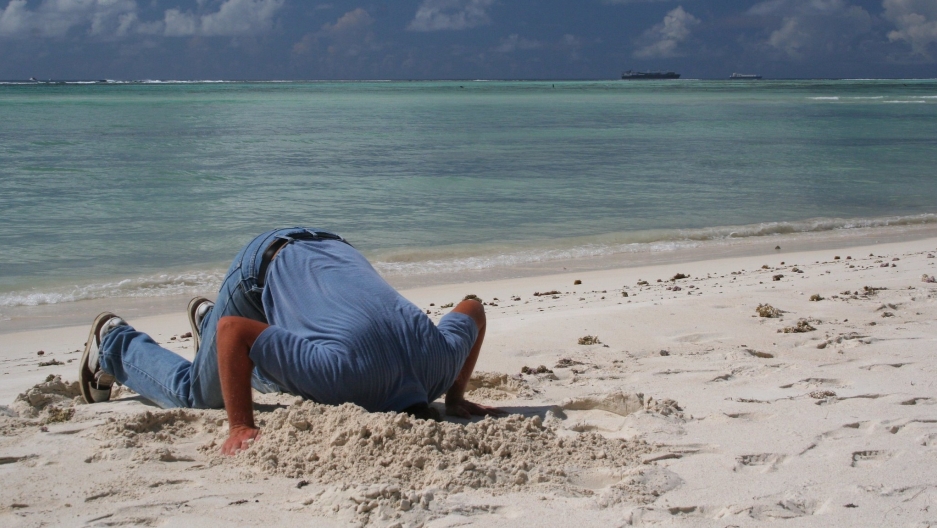 Science denial has led to delays in government responses to COVID-19 and climate change and eroded public trust in the very institutions we rely on to solve large-scale problems.

Science denial in the United States has for decades fueled resistance to taking action on climate change. As a consequence, the battle to prevent its worst effects may already be lost. That same science denial continues today as the country fights to fend off or delay the worst effects of COVID-19.

President Donald Trump and several Republican governors delayed action and failed to heed the warnings of the nation’s healthcare science advisors, while leaders in other countries, such as South Korea and Germany, have taken more timely and successful actions.

A decade ago, Naomi Oreskes, a Harvard history of science professor, compared climate change denial to tobacco danger denial in her book, “Merchants of Doubt,” which was penned with Eric Conway and later made into a documentary film. The two then wrote a science fiction novel, “The Collapse of Western Civilization,” that explored a future where denial about climate science in Western countries kept them from responding to the climate crisis, while an authoritarian China did.

The argument about the role of government and its relationship to science remains tragically relevant during the COVID-19 pandemic.

“The irony, we believed, was that by delaying action on climate change, they actually made the problem worse and they increased the odds that the kind of government that they hate would, in fact, actually come to pass…”

“Eric and I had been talking for a long time about what we saw as a central irony in the story of ‘Merchants of Doubt,’” Oreskes says. “And that was that the people we were studying, the people we refer to as merchants of doubt, [believed they] were fighting to protect freedom, that they were defending American democracy, American freedom, and individual liberty, against the encroachment of big government. But the irony, we believed, was that by delaying action on climate change, they actually made the problem worse and they increased the odds that the kind of government that they hate would, in fact, actually come to pass, as we had to deal with the unfolding crisis. So, the idea was to write a story that would make that point.”

When countries experience a large-scale problem like a pandemic that doesn’t respect borders, a political system that centralizes power is better able to respond quickly than one in which power is more distributed, Oreskes says. “So, even though we might dislike centralized power in certain ways, there are certain kinds of problems for which centralized power is really important and may, in fact, be the only way to address the issue.”

Until fairly recently, Trump was unwilling to use the authority that he has, Oreskes notes. When the seriousness of the virus first became identified, back in January, he didn’t empower the Centers for Disease Control or the National Institutes of Health to mount a strong response. He also chose early on not to use such powers as the Defense Production Act to compel the private sector to manufacture ventilators, face masks or other necessary medical equipment.

“Now, three months in, he is finally doing that, and suddenly we see the private sector — GM, Ford — being enlisted to do this sort of work,” Oreskes says.

Oreskes believes Trump’s hesitancy stemmed, in part, from a basic conservative reluctance to enlarge the size and role of the federal government.

“Tens of thousands and possibly hundreds of thousands of Americans will die — Americans whose lives could have been saved if we had acted more quickly and with more organization in the early stages of this disease.”

“In this case, the consequence of that reluctance is that the virus essentially went out of control,” Oreskes notes. “And now, tens of thousands and possibly hundreds of thousands of Americans will die — Americans whose lives could have been saved if we had acted more quickly and with more organization in the early stages of this disease.”

Conservatives have for 30 years been promoting the myth that there’s no way to solve problems like climate change without succumbing to totalitarianism, Oreskes maintains. But, “you don’t have to be a communist country to have an organized coherent response to a challenge,” she says.

“The experience of South Korea, and to some extent Germany, as well, shows it’s not about being totalitarian,” she says. “It’s about paying attention to evidence, respecting facts, respecting expertise, and then mobilizing the resources that you have in line with what the expertise is telling you.”

What we’re seeing now in the US validates what she and Eric Conway predicted in “The Collapse of Western Civilization.”

“The idea that we were somehow protecting our freedom by disrespecting science — we’ve now seen how bankrupt that idea is.”

“Look at what’s happening now: We’ve lost huge amounts of freedom,” she points out. “The idea that we were somehow protecting our freedom by disrespecting science — we’ve now seen how bankrupt that idea is. I’m stuck at home and so are 200 million Americans. We’ve lost tremendous amounts of personal liberty, and we don’t know how long this is going to go on. We’ve also lost income. We’re seeing endless amounts of damage that could have been avoided if we had been willing to listen to and act upon the advice of experts.”

South Korea acted on the advice of scientific experts early on, whereas in the United States, “we have a president who has shown his utter disdain for and disrespect for science,” Oreskes points out. “He has been disdainful of the scientific evidence regarding climate change, he has been disdainful of the evidence regarding the safety of vaccinations against diseases like measles. And he is hostile to science.”

“Many of us … who do science, have been warning for a long time that if you undermine scientific agencies and the federal government, this will have consequences,” she says. “And now I think we are seeing those consequences in a very, very vivid way.”

In the 1950s and 60s, Oreskes notes, the federal government was not only putting a lot of money into science, but it was also “telling us a story about why science mattered.”

“Why did the American people believe in the importance of the Apollo program? It’s because we were told a story, a good story, a true story, about how science could help build America, how it could build our economy, how it could help build our educational systems and how we could do cool things like put men on the moon,” she says. “So, I think we need to recapture that commitment to science and to scientific institutions and to scientists.”

Equally important, Oreskes says, is to rebuild trust in government, Oreskes says. Science bashing has been linked in a direct way to a more general argument against the so-called “big government.” She believes Ronald Reagan’s slogan that “government is not the solution to our problem, the government is the problem,” has been “deeply, deeply damaging.”

“For 40 years, we have heard that argument made by political leaders on the conservative side of the spectrum, so much so that a lot of ordinary people don’t understand why we even have a Centers for Disease Control, much less why we really need to count on them now in this current moment,” Oreskes says. If the public is constantly hearing that government is bad or corrupt or inefficient, she adds, chances are they will begin to believe it.

“And the irony is that this can become true because, of course, if you put people in control of the government who don’t actually believe in governance, then they’re not going to do a good job in building the institutions that we need,” Oreskes adds.

“We have a lot of dysfunction in Washington, DC right now, and so people aren’t wrong,” she says. “People correctly perceive that Congress is dysfunctional, but that dysfunction is a product of 40 years of essentially anti-government policies.”

The coronavirus pandemic shows us why the country can’t wait until a crisis is upon us to mobilize the necessary resources, Oreskes insists. She uses military readiness as an analogy. Almost all Americans, she points out, accept the need for an army because we know that if we were to be attacked, we would be unable to mobilize an army overnight. “And we certainly wouldn’t be able to build battleships and airplanes and aircraft carriers,” she says. “We know that we have to do that in advance.”

This article is based on an interview with Steve Curwood that aired on Living on Earth from PRX.