Lockdowns in Germany; Trump considering moving US troops from Germany to Poland; The Democratic Republic of Congo declares Ebola outbreak over 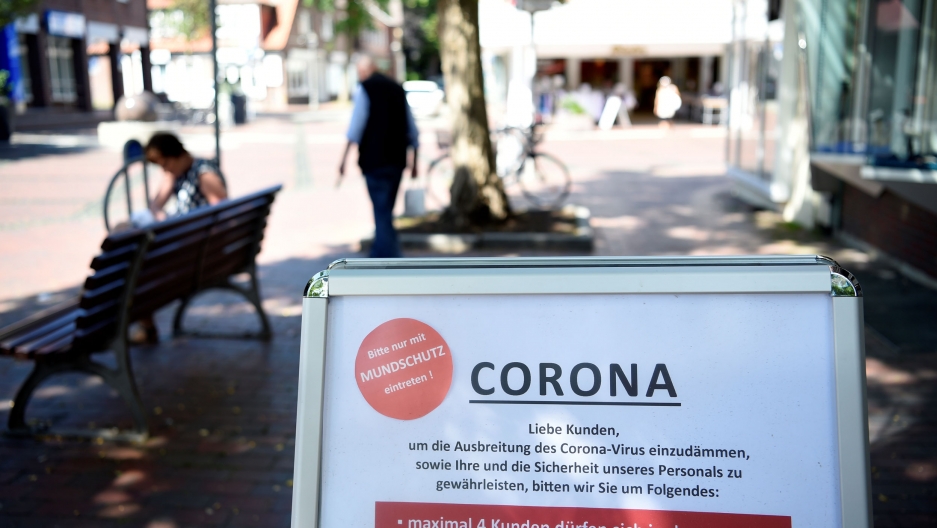 A banner reading “Entering only with a face mask please — only 4 clients are allowed in the pharmacy” is pictured in front of a pharmacy during new outbreak of the coronavirus in downtown Wildeshausen, Germany, June 24, 2020.

Germany’s populous Guetersloh and Warendorf regions became the first in the country to return to strict restrictions against the coronavirus, angering many residents. The lockdown measures enacted yesterday are meant to halt an outbreak in the northwest of Germany after more than 1,500 workers at the Toennies meatpacking plant tested positive for the virus. Another outbreak at a meat-processing factory in Wildeshausen alarmed health authorities with 23 people testing positive. Bavaria announced a ban on the roughly 640,000 residents from Guetersloh and Warendorf from entering the southern German state and Austria has issued a travel warning.

News of the lockdown in Germany comes as US President Donald Trump announced he’s considering moving some of the 9,500 US troops he’s pulling from Germany to Poland. Trump previously blindsided US allies in the region in announcing the withdrawal of troops from Germany. Yesterday’s comments from Trump came during a visit with Polish President Andrzej Duda at the White House — a meeting with no clear official purpose that appeared aimed at boosting Duda’s chances to win in Poland’s Sunday elections.

The Democratic Republic of Congo said today that the Ebola outbreak in the east of the country is over. The outbreak, which killed 2,280 people over nearly two years, is the second deadliest Ebola outbreak on record. The end of the epidemic there may offer lessons as the world grapples with the COVID-19 pandemic.

Sergei Khrushchev, the son of Soviet leader Nikita Khrushchev, died on June 18 at his home in Rhode Island at the age of 84. The former Soviet rocket scientist moved to the US before the collapse of the Soviet Union to lecture at Brown University and became a naturalized US citizen in 1999. The World spoke to Khrushchev last year about the US-Soviet space race.

And while Germany is facing a new test to contain an outbreak of the coronavirus, France and the UK are starting to loosen restrictions.  The Eiffel Tower and the Louvre are set to reopen after lockdown, and pubs in England will open their doors — though likely not to Americans. 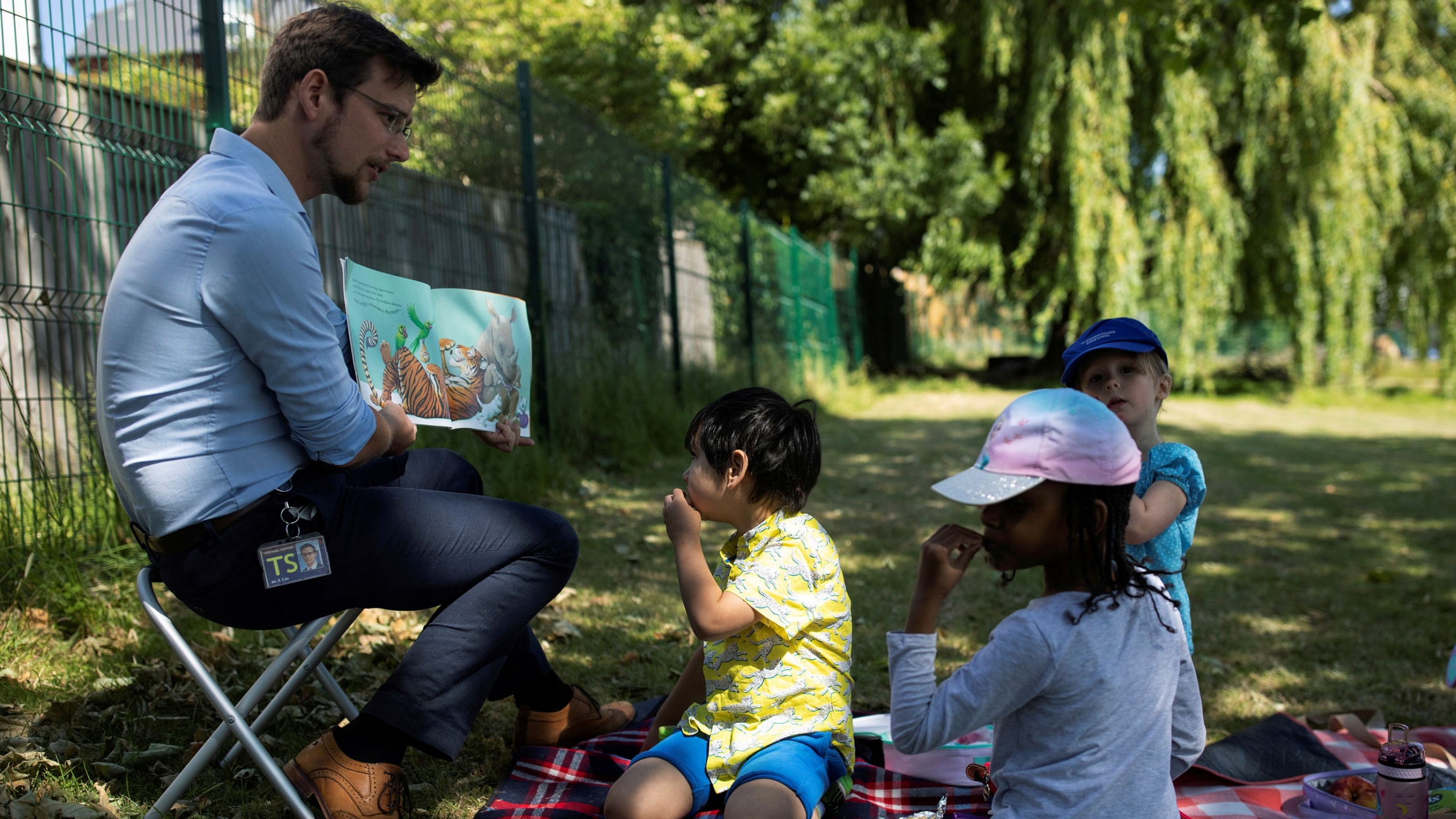 A teacher reads children a story on the grounds of St. Dunstan’s College junior school as some schools reopen following the outbreak of the coronavirus disease (COVID-19) in London, Britain, June 1, 2020.

What do students learn in the classroom about race and history? In the UK, an organization called The Black Curriculum has been pushing for Black history to be taught nationwide. 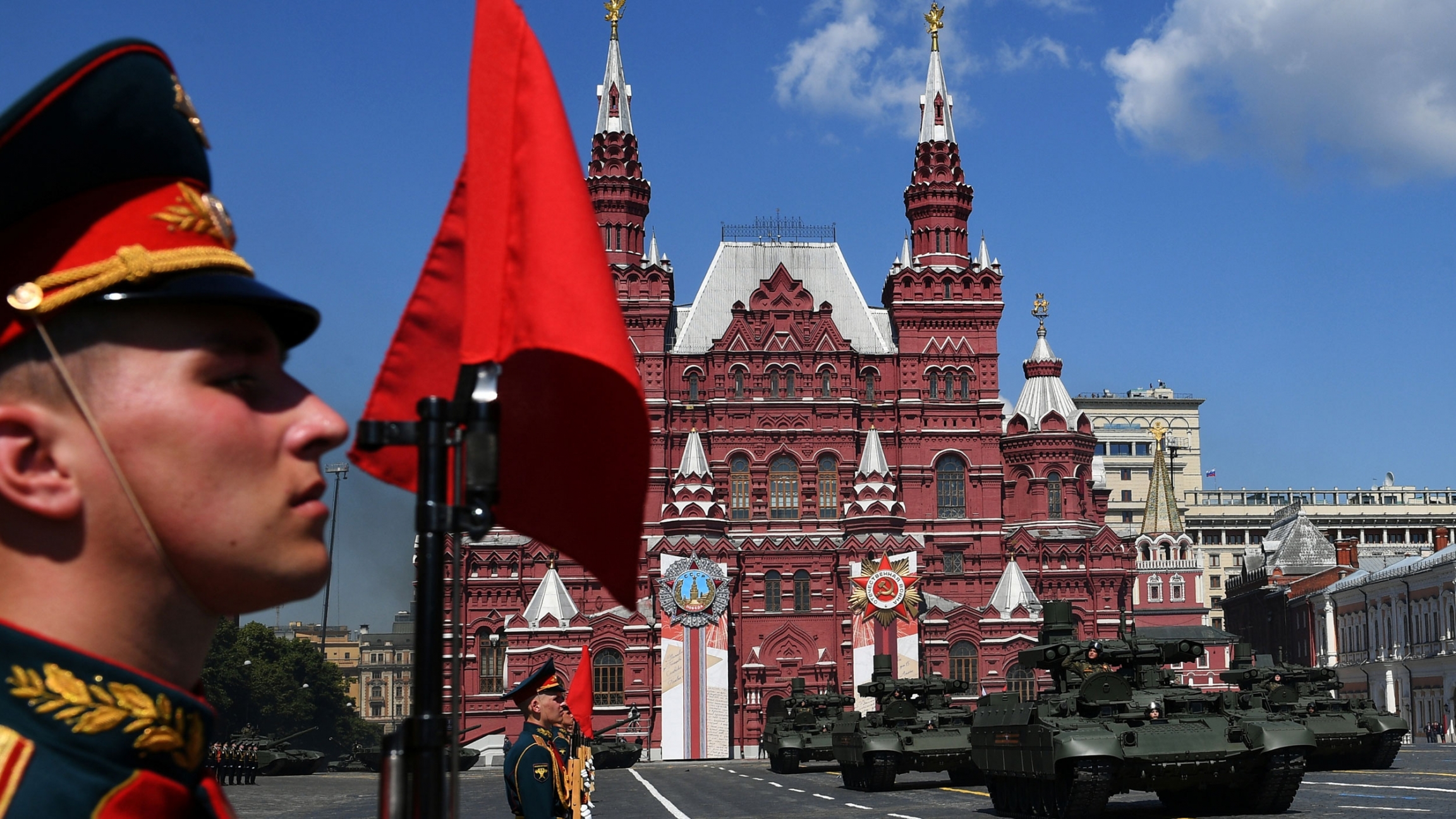 Following the restoration work to Elías García Martínez’s Ecce Homo resulting in the infamous Monkey Jesus at a church in Borja, Spain, the country now has another painting debacle on its hands. 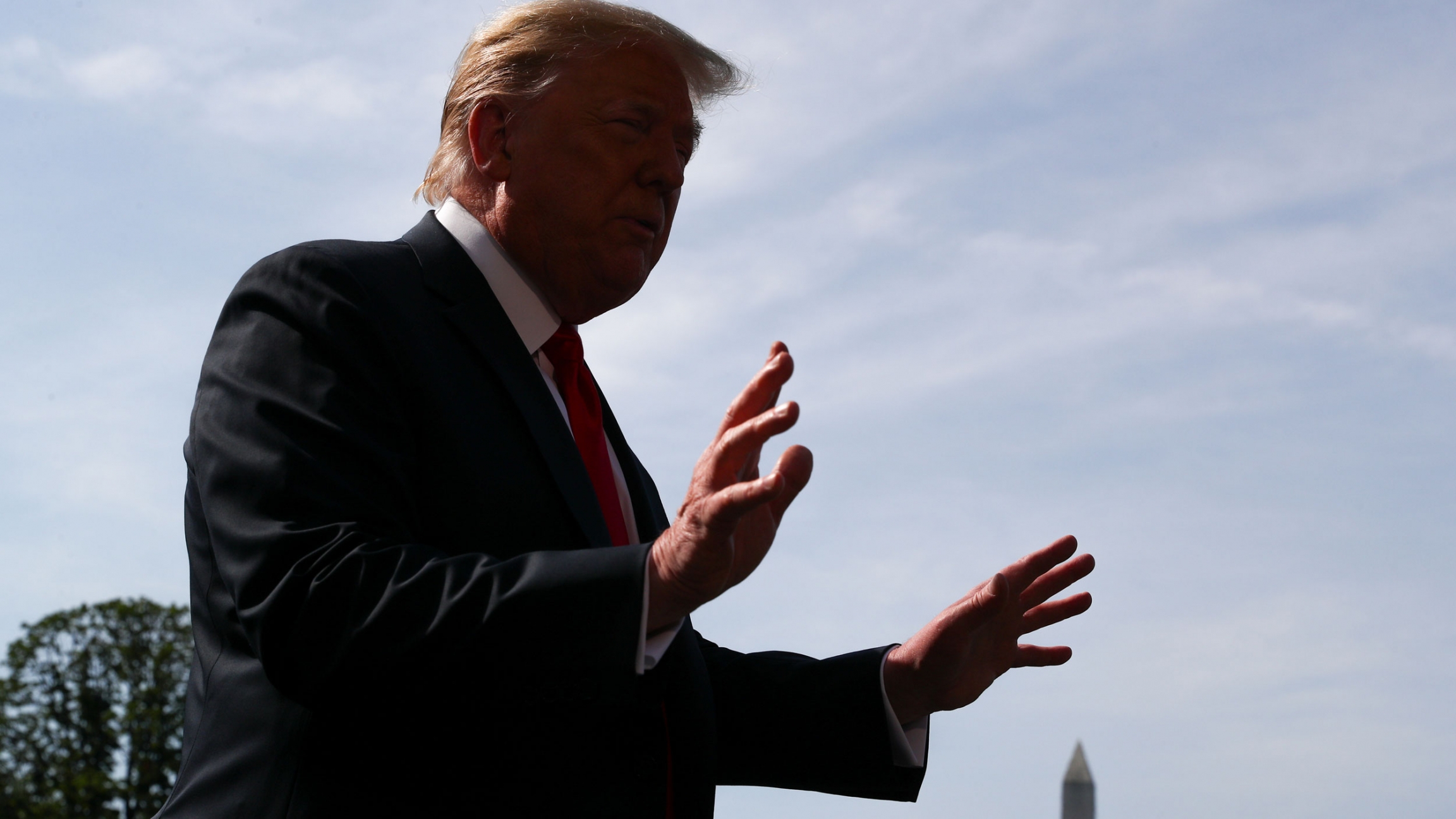 US President Donald Trump talks to reporters before boarding Marine One helicopter from the South Lawn of the White House in Washington, DC, June 23, 2020.

US President Donald Trump on Monday signed an executive order targeting several visa programs for foreign workers, including programs US tech companies rely on to hire highly skilled foreign workers. Experts say changes to the H-1B and other programs will push those workers, and potential innovation, to other parts of the world. And, the Lebanese economy is tanking, which has put tens of thousands of domestic workers in a tough situation. Also, a new exhibit at Spain’s Cervantes Institute looks at some of the most important — but largely ignored — women writers of Spain’s 16th and 17th centuries.

Intro:
A.B.I on the beat
East-coast

She qeen of the game
I’m the king of the night
We goin been alright
Every night every height
5,2,4 that’s a prefect height
Pull up in the range, we gonna take a ride
Long day long night, she the green light (what)
Hit with the line, she gave me that smile (huh)
Says that she want me, but she couldn’t get around me.
I’m always on the road, but she say she won’t forget me
Even tho we don’t talk, Don’t really Matter
We always in the zone, you know it’s all summer
No need for the number, we keep undercover
Body like Rihanna, she got it from her Mama
So so shy, she don’t even need no drama
Ask my Brothers, we flying to Bahamas

[Verse 1: Jillian Hervey]
Fly high like I’m NASA
Pull my hips like the salsa
I’m like butter on a lobster
We live, we live
Got me singin’ like I’m Chaka
Ooh I’m workin’ in mi casa
Young queen Cleopatra

[Verse 2: Moe Moks]
Congo, wear my rasta
Merengue with a [?]
We eat fishes with the pasta
We live, we live
Been feelin’ like a popstar
Heavy drinks, I’m a rockstar
The young king with the roadster

[Verse 1: Frank Ocean (Kendrick Lamar)]
This is joy, this is summer
Keep alive, stay alive
Got your metal on, we’re alone
Making sweet love, takin’ time
‘Til God strikes us
That’s a pretty fucking fast year flew by
That’s a pretty long third gear in this car
Glidin’ on the five
The deer run across, kill the headlights
Pretty fucking
Underneath moonlight now
Pretty fucking
Sunrise in sight
In comes a morning, hunting us with the beams
Solstice ain’t as far as it used to be
It begins to blur, we get older (Blur!)
Summer ain’t as long as it used to be
Everyday counts like crazy (Smoke, haze)
Wanna get soaked?
Wanna film a tape on the speed boat?
We smell of Californication
Strike a pose
Everything grows in the Congo
Everything grows
Can you come when I call again?