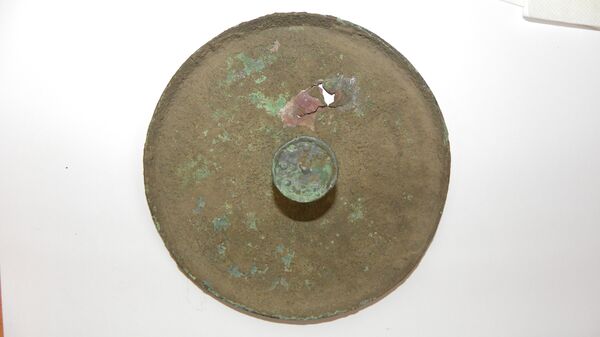 “The new finds allow us to expand the northern border of the cultural influence of the Scythians by at least 300 kilometers. – reserve “Kulikovo field” Evgeny Stolyarov.

Local tribes, according to scientists, were inferior to the more southern Scythian artisans, but they were guided by them when creating their own style. This is evidenced, for example, by the unique horn handle of a dagger found during excavations – it exactly repeats a rare type of bimetallic Scythian daggers, which local craftsmen, apparently, could not make of metal. Where did the Scythians come from and who did they become?

The Scythians at that time, according to scientists, were the brightest culture of the northern Black Sea region, which had a huge influence on all its neighbors. The Scythian world stretched from the mouth of the Danube in the west to Xinjiang in the east, but the question of the northern boundaries of its cultural influence, by and large, remained a mystery to scientists.

“Forest and forest-steppe territories bordering on the Scythian steppes, many centuries to one degree or another were covered by the “veil of the cultural traditions of the nomads.” Often, the Scythians, apparently, acted as conductors of cultural and technological innovations, and their military affairs became a source of inspiration for many younger peoples, “said Evgeny Stolyarov.