“In this case, negligence is excluded”

After the explosion at the ammunition depot in Dzhankoy, few people have any doubts that a group of Ukrainian saboteurs are walking around Crimea – the Ministry of Defense recognized the incident as sabotage . Prior to Dzhankoy, an explosion occurred in Sevastopol on the territory of the headquarters of the Black Sea Fleet. Then at the military airfield in Saki. A series of these events can no longer be explained by banal carelessness and non-compliance with fire safety measures. The situation was commented to “MK” by military expert captain 1st rank in the reserve Vladimir Gundarov. 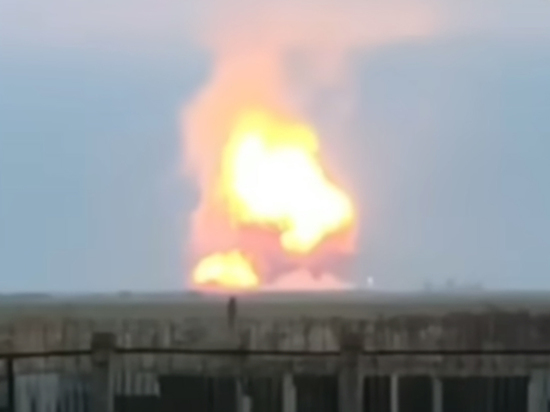 The Russian military department said that the fire in the village of Mayskoye near Dzhankoy occurred at a temporary ammunition storage site. The ammunition detonated. The head of the Crimea, Sergei Aksyonov, said that the fire also happened at the same time at the power plant. Two people were injured in the fires. One man has shrapnel wounds, another was crushed by a fallen wall.

Due to the detonation of ammunition, the railway was damaged. Now all passenger trains traveling to Crimea stop at the Vladislavovka station, near Feodosia, from where passengers are then delivered by road to the nearest bus stations. Residents of the villages of Azovskoye and Maiskoye closest to the fire were evacuated and temporarily placed in neighboring settlements.

Local residents also say that everything that happened was not an accident. One of them, in a conversation with MK, complained:

– When it exploded in Saki, I immediately told my wife: if this is not negligence, then the next explosion should be expected near Dzhankoy. The military has a large facility there. And just as he looked into the water!

It is a pity, of course, that the relevant services, whose direct responsibility is to protect such objects, did not see the same “water”. Moreover, precedents for the necessary strengthening were created.

According to the military analyst, editor of the magazine “Arsenal of the Fatherland” Alexei Leonkov, the handwriting of the saboteurs clearly resembles the actions of the British special forces – their school.

And military expert Vladimir Gundarov believes that we can even talk about more than one sabotage group. Perhaps the one that set fire to the electrical substation was thereby supposed to divert the attention of local services from the ammunition depots, which other saboteurs were working on.

“There is a sabotage and reconnaissance network of the main intelligence department of the Armed Forces of Ukraine and agents-saboteurs of the SBU,” says Gundarov. – A strike by missiles, and even more so by drones, from Ukrainian territory is excluded, since Kyiv does not have missiles with a flight range of two hundred kilometers or more. The drone is also impossible not to notice, taking into account the deployed layered air defense on the territory of the Kherson region liberated from the nationalists and in the Crimea itself.

The expert believes that, compared to the air base in Saki, the temporary ammunition storage site near the village of Mayskoye is obviously not equipped with anti-sabotage equipment, which is also indicated by its “temporary” status. However, in his opinion, in both cases, it is necessary to look for those who had the opportunity to bring an explosive device into the territory.

Barbed wire around the perimeter, sentries, observation posts – all this creates an obstacle for those who try to enter without authorization to the forbidden territory, and even more so to carry explosives with you.

The security and defense of especially important facilities includes surveillance and automatic response systems. For protection and defense, uninhabited bunkers with machine guns and grenade launchers were placed around the perimeter. There are new technologies that allow tracking the territory using telemetric motion sensors, infrared surveillance and other sensors. When a person or a technical device approaches the protected perimeter, they are triggered and inform the operator via a radio channel. This is how, by the way, the positions of intercontinental-range ballistic missiles are equipped.

Each unit has detachments of anti-sabotage forces and means – PDSS, which should instantly respond to the appearance of a stranger.

The arsenals are no less reliably equipped. As for temporary storage sites, especially open ones, security is weaker there, but there are also guards, surveillance systems, sensors and telemetry equipment for remote visual surveillance, as is now in any store. A fly cannot fly by, unless it is its own “fly”.

– According to the Charter of the internal service, Gundarov clarifies, before taking up the post and the warehouse staff, before entering the territory, they must hand over matches, cigarettes, lighters and other flammable items, not to mention explosives. Although all previous experience, since the times of the USSR, shows that there have been cases of non-compliance with this requirement.

But in this case, negligence is excluded, if only because everyone understands the specifics of the situation. The second explosion in Crimea is not an accident, but a purposeful terrorist activity of the criminal nationalist Kyiv regime. I think that the masterminds and perpetrators of the attack will be found out and brought to justice.