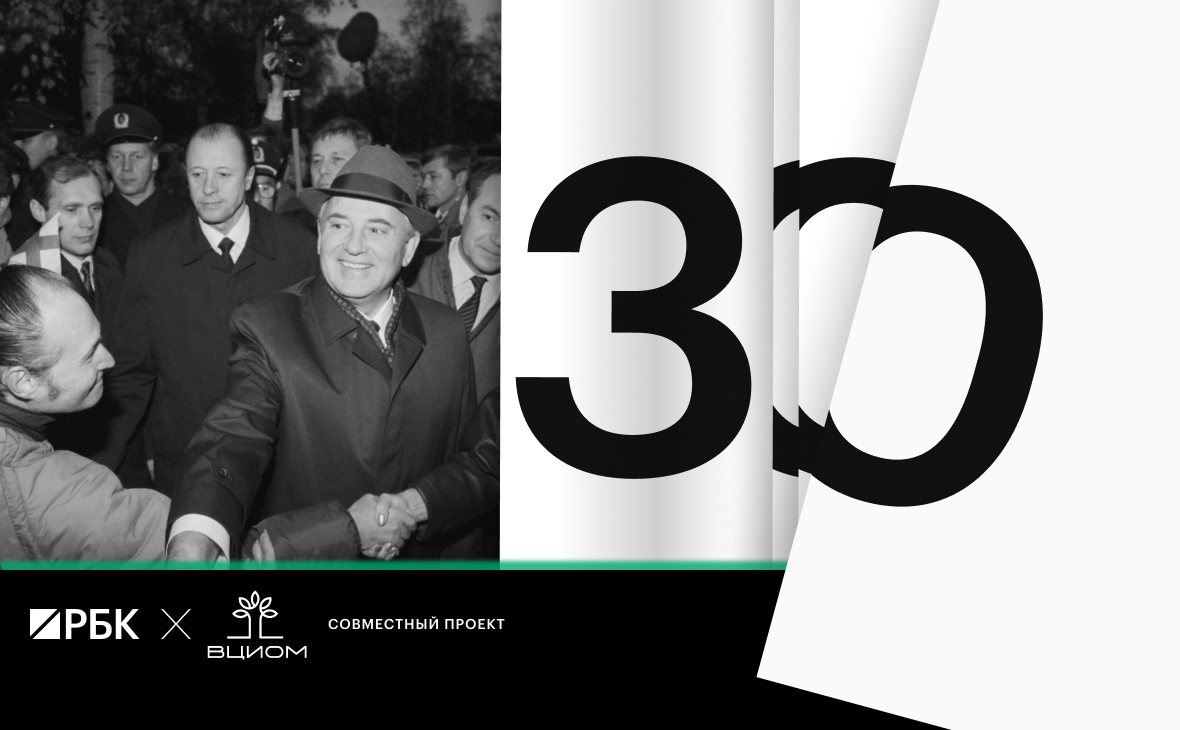 To whom of the leaders of the USSR do Russians feel antipathy?

The Russians named to sociologists the statesmen and other leaders of the period of the existence of the USSR who evoke in them the maximum negative emotions, or antipathy. According to the VTsIOM poll conducted within the framework of the joint project with RBC “ 30 years without the USSR '', the last general secretary of the Central Committee of the Communist Party of the Soviet Union, President of the USSR Mikhail Gorbachev, during whose rule the Soviet Union collapsed, is by a large margin (20% of the votes) … Among men, antipathy to him is found almost twice as often as among women (26% compared to 15%). People with incomplete or completed higher education more often called him an antihero (21%) than those who did not graduate.

The second place was shared by several people who received 11% of the vote. These are two Soviet leaders, Joseph Stalin and Nikita Khrushchev, as well as Stalin's closest associate, the head of the NKVD, Lavrenty Beria. Stalin evokes antipathy equally among men and women (11% and 12%). The younger the respondents, the more often they named him among the antiheroes (this is the opinion of every fifth respondent aged 18 to 24; among Russians over 60, only 7% say antipathy to Stalin).

VTsIOM poll was conducted on November 24 among 1.6 thousand Russians aged 18 and over by telephone interviews. For a sample, the maximum error size with a probability of 95% does not exceed 2.5%, VTsIOM notes.

Despite the fact that Gorbachev began the political liberalization of the country, he looks weak in the eyes of many Russians, and Russia historically loves strong leaders and does not forgive weakness, says political analyst Alexei Makarkin. “ He could not keep the USSR, he lost in the competitive struggle to Boris Yeltsin (therefore Yeltsin is to a lesser extent an antihero), he lost the country and the party, '' & mdash; said the RBC expert. According to Elena Mikhailova, advisor to the VTsIOM general director, the negative attitude of respondents to the president of the USSR is also associated with a collective nostalgia for the Soviet era.

The attitude towards Stalin in society is complex, but for many groups of the population he is actually a hero, Makarkin continues. “ Stalinism is multi-layered and large-scale in our country: some see it as a rock-solid communist, others & mdash; imperial, successor of Peter the Great, the third & mdash; ascetic in power, & mdash; he explains. & mdash; The images are different, but all are positive for the respective population groups, because the main request we have is & mdash; for a strong leader. ''

The same groups that sympathize with Stalin and dream of a 'strong hand' view Khrushchev and his 'thaw' policies negatively, Makarkin says. “ For example, the amnesty is assessed negatively: after all, the former 'enemies of the people' were released. In addition, many cannot forgive Khrushchev for transferring Crimea to Ukraine, & mdash; he noted. & mdash; But the main complaint is & mdash; this is the 20th Congress at which he condemned Stalin. '' However, there is also a liberal-minded group in society that is critical of Stalinism, totalitarianism and repression, and it has a negative attitude towards both Stalin and his associate Beria, the political scientist said.

In third place in antipathies of Russians Boris Yeltsin (9%), followed by Leonid Brezhnev (5%), another head of the NKVD of the Stalinist period, Nikolai Yezhov (4%) and Vladimir Lenin (4%). Almost half of Russians & mdash; 40% & mdash; could not name a single antihero of the times of the USSR. And this is natural, Makarkin explained: in Russia, interest in history is steadily declining, especially among young people.

In addition, among the antiheroes, Russians mentioned General Andrei Vlasov (2%) who fought on the side of the Nazis, writer Alexander Solzhenitsyn (2%), Adolf Hitler (1%), Soviet leader Yuri Andropov (1%), the first woman-cosmonaut Valentina Tereshkova ( less than 1%), serial killer Andrei Chikatilo (less than 1%, more often women than men named him). There were also those who, answering the question (it was open, that is, you could name any surname), called the leaders of the later period & mdash; the creator of the financial pyramid Sergey Mavrodi, Vladimir Putin, Dmitry Medvedev (each has less than 1%).

Whom do Russians consider heroes of the Soviet era

Cosmonaut Yuri Gagarin became an absolute hero for Russians: 41% of the respondents named him as such, both men and women alike. This is not unexpected, says Elena Mikhailova: “The image of Gagarin is a symbolic symbol of the Soviet era, one of the most emotionally close images for all age groups of Russians.” In addition, the first Russian cosmonaut & mdash; he is a consensus figure, there are no ideological issues to him, adds Makarkin. At the same time, in 2021 Russia celebrated the 60th anniversary of the first manned flight into space, which is why the media constantly reminded of this event.

It is also logical that in the second place in the list of heroes was the “ Marshal of Victory '' Georgy Zhukov (22% of the votes), says Makarkin. “ He is not only a war hero, he also actively opposed Stalin in the 1990s: the point of view was advanced that it was possible to win not thanks to, but in spite of the actions of the generalissimo, and Zhukov was the main people's commander, '' & mdash; says the expert. In his opinion, Stalin's opponents are also sympathetic to Zhukov.

Stalin himself came in third on the list of heroes of the Soviet era with 20% of the vote (28% of men and 14% of women). Although the Stalinist repressions and the harshness of the regime left a negative mark on the collective memory of the people, they are balanced by the “ positive experience of the past (first of all, the victory in the Great Patriotic War), '' says Elena Mikhailova.

In fourth place in terms of the number of votes & mdash; also included in both lists Leonid Brezhnev (9% of the votes). “ For the older generation, its era '' this is a time of stability, predictability and a period of real material improvements, & mdash; explained RBC Makarkin. & mdash; People from communal apartments moved to separate apartments, AvtoVAZ was built. '' , scientist and human rights activist Andrei Sakharov (4%), cosmonaut Valentina Tereshkova (3%), Marshal Konstantin Rokossovsky (3%), heroes of the Great Patriotic War Alexander Matrosov (3%) and Zoya Kosmodemyanskaya (3%). In response to this question, Russians also mentioned Vladimir Putin, Alexander Pushkin, Sergei Shoigu and Leonid Roshal.

Subscribe to VK RBK Get news faster than anyone