Week of questions about life and death

Last week, Bill Gates was again brought to light. The name of the strain “Omicron” is an anagram of the phrase “World of Windows”. Simply put – Windows. Give it up Bill, you've been exposed. But not everything was so easy. Because the further into the Russian forest, the more questions. For example, is Vladimir Vladimirovich the Chief Chief? Should everyone obey him? Why then does he say one thing, but it turns out differently? 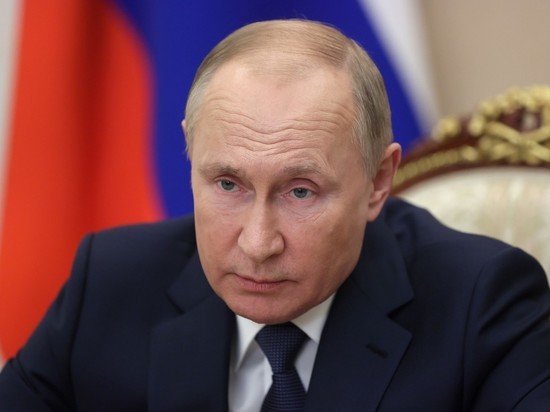 Vladimir Vladimirovich this week held a meeting on the tragedy at the Listvyazhnaya mine and, in general, on the ongoing lawlessness, oh, excuse me, regarding the situation, of course, in the industry. And he said that “from those who, in pursuit of profit or for some other reason, ignore, neglect the safety of people, expose them to mortal risk, you need to ask according to the law, harshly.” I charged the owners of the mine that the board of directors only counts money. He reprimanded the Minister of Labor for a “shallow analysis” of the system of remuneration of miners, when they are forced, in order to earn at least something or not to remain without work, to take risks, turning a blind eye to safety measures. He even pounded his fist on the table in rage. The movie was like that, during the video salons, “Fist of Fury” with Bruce Lee. And I imagined: Putin grabs the owner of the mine by the chest, and then – sweeping, throw, painful. And whispers in his ear, crushing his back with his knee and breaking his hand: “Will you still hold miners for slaves?” And the other one slaps and shouts with his free hand on the Kremlin carpet: “No! No! Never again! I will not rake in money, I will invest in mines and pay the miners as it should be! ” Putin lets him go, he leaves the hall, the doors close, and a shot is heard. Anxiety and bewilderment hang in the air along with the leaked gunpowder smoke, and Putin says: “But I didn't believe him. After the tragedy at Raspadskaya, I told you all the same thing, word for word, in 2010. So what? Get out of here, I don't want to see you. ” Everyone gets up and goes out. Single shots and even short bursts are heard outside the door. It would be a good film, albeit a fantastic one. The people would have felled. But, you see, isn't our reality a fantasy, in which the president 10 years ago gives clear, direct and absolutely logical instructions, but things are still there?

Or, again, there was not enough stability? Stolypin said that he needed “twenty calm years” to make Russia great. Putin said last week at the Valdai Forum that his re-election as president would stabilize the country. And again, a mystery – what is it that was built that the normal, natural and vital for most developed countries political process of change of power, leading in no way to a crisis, but only to progress, turns out to be a destabilizing factor in our country? House made of straw, like Nif-Nif? And in any case, there will be no twenty quiet years.

Here, most importantly, if only there was no war. Of course, the map of Russia's attack on Ukraine, published recently by the German edition Bild, allegedly motivated by the leaks from Western intelligence services, causes only tears of emotion in a Soviet schoolchild who studied CWP. Why are you, dear ones, sculpt such wretchedness? Where are the overwhelming control infrastructures of pinpoint missile strikes? Disembarkation of the MTR (those very “polite people”)? Where are the electronic warfare planes? Why is the airborne assault only on Kherson? Some tanks all around, but oh well. Other things are of serious concern. Maybe invisible at first glance. But, for example, the Russian Embassy in Washington, commenting on the publications of the Western media about the concentration of Russian troops on the border with Ukraine, declares that the deployment of Russian troops on the national territory is the sovereign right of the state. The very fact of deployment, which was actively refuted a dozen days ago, is no longer refuted. Ukraine is already frightening Europe and hitting a sore spot – the Ministry of Defense Nezalezhnaya says bluntly: if Russia invades, expect 5 million refugees. Lukashenka, realizing that it smells fried, already recognized the Crimea and started talking about mines for nuclear missiles – they say, everything is in working order, just bring the missiles.

And our losses are quite military even without a war. Rosstat published data on mortality for October this week. In total, 247,197 people died in Russia in October. The population decline for the month amounted to 127,116 people. In 58,822 cases, the coronavirus was reported as the leading cause of death. The mortality rate compared to October last year increased by 20.3%. Here's another mystery – why is the death rate on the rise? It’s against the logic – if vaccines, medicines appeared, they learned how to cure, it should decrease, as, for example, in China?

We lose more than 100 thousand people a month. This is, very roughly estimating, a million and a half a year. This was the last time in the 90s under Chubais. We are the fifth in the world in the number of deaths from coronavirus. And in 92nd place in terms of the proportion of the fully vaccinated population (just behind Paraguay). Again, a mystery – how does this happen in the country that was the first in the world to release a vaccine against coronavirus?

How easy it would be if Bill Gates was to blame for all this. But, alas, no. We'll have to think for ourselves why everything happens the way it happens. Why, with all the correct words, the output is nothing. I can assume that the answer can be found in the Gospel of Matthew, chapter 7, verse 16. Well, and then there is more about the Pharisees …