Volodina, Peskov and Zyuganov summed up their “actor data”

The Lavrov-Blinken negotiations in Geneva, as expected, ended in nothing – unless, of course, you count the next round of mutual trolling. But in the grand scheme of things, it doesn't really matter anymore. On this very Friday, the veil of secrecy finally lifted from Putin's infamous “Plan B” (which was actually originally Plan A). Vladimir Vladimirovich himself, of course, would not mind keeping the intrigue for some time longer. But the president was summed up by the team of “evil and good investigators” he recruited in the person of Zyuganov, Volodin and Peskov. These politicians are good for everyone – but not for their acting data. This trinity – urgently in GITIS. And for everyone else, get ready for the official recognition by Russia of the independence of the Donetsk and Lugansk People's Republics. 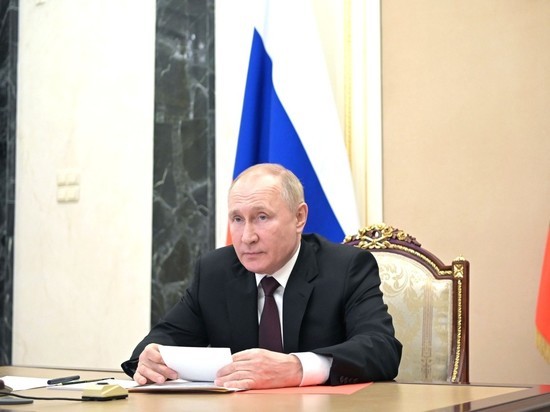 Early in the morning on the last working day of this week, an urgent message appeared on the Telegram channel of Vyacheslav Volodin, Chairman of the State Duma of the Russian Federation. What is so concerned about our speaker? Do not believe it, “requests from journalists.” And not some abstract wishes, but the desire of the workers of the pen and the television camera to find out the opinion of Vyacheslav Viktorovich about the initiative of Gennady Zyuganov to recognize the DPR and LPR. Asked — we answer: “We see President Zelensky ignoring the Minsk agreements (note to the speaker — in relation to Zelensky, the word “president” can also be written with a small letter). NATO wants to occupy Ukraine. And one, and another can turn into a tragedy. We must not let this happen.

A little later, the same topic — it would seem, from fundamentally different positions — was the subject of a comment by Kremlin spokesman Dmitry Peskov: “I would like to note that now, when the situation is so tense and sensitive, it is very important to avoid steps that could provoke an increase in this tension. And, of course, it is very important for those who are the authors of this initiative, first of all, not to try to earn some political points on such a thin and fragile matter. Slap? No matter how.

Let's take a look at the situation brick by brick. What we have? Three “investigators” : “evil” (in relation to the West and Ukraine) Gennady Zyuganov, rather “evil” Vyacheslav Volodin and “kind”, moderate and balanced (again in relation to the West) Dmitry Peskov. Do they work well together? Alas, I'm not ready to believe it. Gennady Andreevich, of course, can sometimes run out of the Kremlin's red lines and temporarily go into political AWOL. But the possibility of a fundamental difference between the positions of Volodin and Peskov — this is something from the realm of non-science fiction.

And what then relates to the sphere of political realities — Or, rather, what will soon become political realities? I think that's it. Vladimir Putin is very fond of multi-way political combinations, the true purpose of which becomes obvious only at the very last moment. Remember, for example, how the same Vyacheslav Volodin excited the public by publicly expressing his “exclusively personal point of view”; about the need to redistribute powers between the branches of Russian power? If you suddenly forgot, then let me remind you how it all ended: the constitutional reform and the resetting of Putin's presidential terms at the beginning of 2020. And then everyone gasped: they say, the hints were before our eyes, but “we didn’t notice the elephant.”

Let's try this time to “notice the elephant” on distant (okay, not very distant) approaches. A summer article dedicated to Ukraine by the GDP, whose main message was the thesis “if they do not stop, then we will not tolerate it.” Many experts then remained at a loss. Like, what and how exactly Putin does not intend to endure? Go ahead. Putin's decree of November 15, 2021 with a seemingly completely apolitical title “On the provision of humanitarian support to the population of certain regions of the Donetsk and Lugansk regions of Ukraine.” I will cite only one point from this decree: “Admission on equal terms with goods of Russian origin of goods originating from these regions, in order to purchase goods to meet state and municipal needs.”

Sorry, but this is not quite “humanitarian support” anymore. This is a demonstrative and very important step towards the integration of the economies of the DPR and LPR with the economy of the “mainland”; – Russia. We continue our political journey. At the end of last year, the level of tension between the Russian Federation and the West increased sharply. The United States begins to fight in hysterics due to the fact that Moscow is allegedly about to “attack Ukraine.” The Kremlin says its “patience has run out” and rolls out NATO a list of its ultimatum demands. Experts plunge into even deeper bewilderment. This is the only way to deal with a defeated and powerless enemy, which the West is definitely not. Given Moscow's public toughness, everyone is starting to fear « big war.

Only the last act remains unplayed in this political spectacle (my on-duty reservation: a spectacle — in the good sense of the term). Here is its summary: “big war” not happening. Instead, having received a written refusal from the West to accept its key demands, Moscow initiates the process of recognizing the state sovereignty of the rebellious republics of Donbass and guarantees their “security and territorial integrity.”

Publicly, this will cause a new wave of hysteria in the West and Ukraine and a flood of new, perhaps rather biting, sanctions. But non-public statements in the style of “outraged and condemned” will  be accompanied by some relief. The official death of the Minsk agreements (namely, this is what we are de facto talking about) — it's a million times better than a new big war in Europe. Besides, what does the “death of the Minsk agreements” mean in practice? They are long dead and exist only as a phantom. Ukraine has been frankly sabotaging them for years, while the West is diligently looking the other way. This protracted political vaudeville (in the bad sense of the word) could not continue  forever. Sooner or later, Moscow had to either say “why the hell did this Donbass surrender to me!” (just such a scenario would be ideal from the point of view of official Kiev), or officially take Donbass under its protection. “Surrender yours” — not in the style of Putin. Infinitely endure — this is also not the style of GDP.