Political science of the periphery: Part I 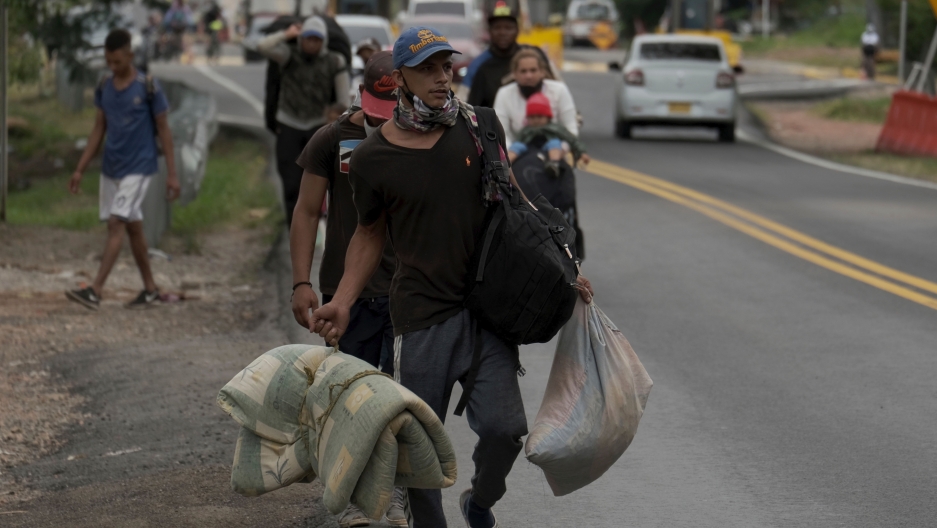 A Venezuelan migrant family walks away from the Venezuelan border in Pamplona, Colombia, Oct. 7, 2020.

This analysis was featured in Critical State, a weekly newsletter from The World and Inkstick Media. Subscribe here.

You know the state, right? It’s got borders, and a monopoly on the legitimate use of violence within them? On the international stage, it acts on an equal legal basis to all the other states? It has a flag? Most international politics studies rest on this classical conception of the state, and yet, anyone who actually studies statehood will readily admit that few, if any, states actually meet those definitional requirements. Borders can be fluid, claims to a universal monopoly on force strain credulity, and states are self-evidently unequal in international law — check out who gets seats on the UN Security Council, for starters.

Related: Federalism in violence: Part I

On the edges of countries, states tend to get a lot less state-y.

Recognizing this conundrum, political scientists have tried to build other models for understanding how people experience international politics in areas where the classical definition breaks down. The next two editions of Deep Dive will look closely at border areas. On the edges of countries, states tend to get a lot less state-y. A boundary that might be clear when viewed on a map in a national capital can become much fuzzier when you’re actually looking at the mountain range that contains some unmarked border. And the concept of legitimate violence gets complicated in places where smuggling gangs are more capable of providing security to civilians than police. This week and next, we’ll look at new research that considers border areas as distinct political phenomena, related to but different from classical ideas of the state.

A recent article in the Journal of Latin American Geography uses a border lens to look at the most contemporary of security problems: COVID-19. Oxford political scientists Annette Idler and Markus Hochmüller examined how the unique characteristics of borderlands have affected the course of the pandemic on the Colombian periphery.

Idler and Hochmüller call the reduced state-ness of areas around national borders the “border effect.” The effect increases insecurity in border areas due to a mix of lowered state capacity and high potential illicit gains from cross-border smuggling, but it also creates opportunities for non-state service provision. The pandemic has brought examples of both phenomena. In border areas where non-state armed groups have a bigger footprint and more local legitimacy than state forces, Idler and Hochmüller’s contacts reported some of those groups were enforcing curfews and other public health measures. The National Liberation Army (ELN), a leftist rebel group, even declared a unilateral ceasefire in their war with the Colombian government in order to address the pandemic.

Colombia closed its border with Venezuela in response to the pandemic, despite the fact that thousands of Venezuelans living near the border need to commute into Colombia regularly to work and buy goods.

Yet many of these same groups have sought ways to profit from lessened state control during the pandemic. Colombia closed its border with Venezuela in response to the pandemic, despite the fact that thousands of Venezuelans living near the border need to commute into Colombia regularly to work and buy goods. As many as 4,000 Venezuelans are still crossing the border illegally each day, but they must now do so using informal routes that put them at the mercy of non-state armed groups. Checkpoints have sprung up, at which border crossers must pay exorbitant fees to various armed actors, and kidnappings of border crossers is on the rise.

The more non-state groups shape daily life in this public health crisis, the less people will think of themselves as being members of a classical state when the crisis abates.

In general, the pandemic has led to an increase in state involvement in most people’s lives. From stay-at-home orders to stimulus checks, citizens have directly felt their government’s responses to the virus. In borderlands like those on the Colombian periphery, the opposite effect can happen. An increase in discussion of state involvement without the capacity to actually extend state power into border areas can lead to those residents feeling even more disconnected from the central state than they did before. That feeling, Idler and Hochmüller argue, is what non-state groups are pursuing in both their positive and negative responses to the pandemic. The more non-state groups shape daily life in this public health crisis, the less people will think of themselves as being members of a classical state when the crisis abates.

Critical State is your weekly fix of foreign policy without all the stuff you don’t need. It’s top news and accessible analysis for those who want an inside take without all the insider bs. Subscribe here.