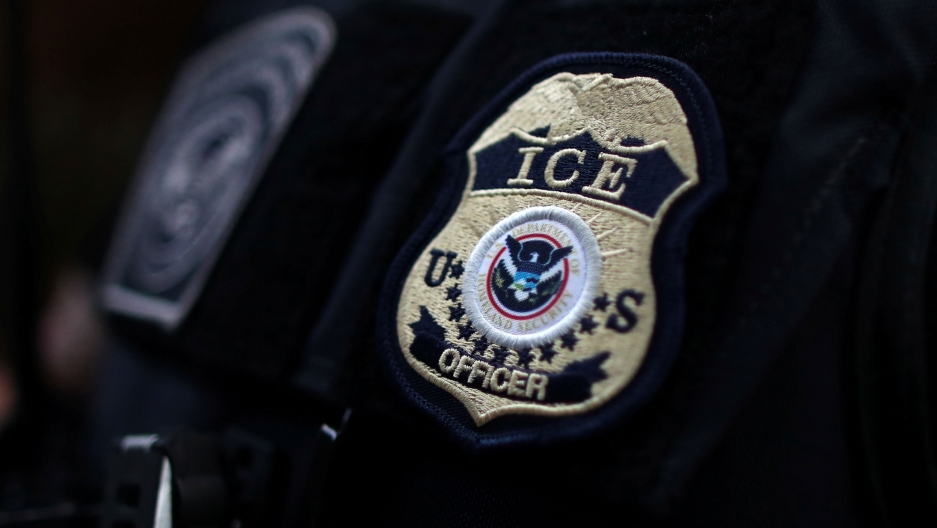 A close-up of a US Immigration and Customs Enforcement’s uniform.

Scores of protesters rallied on Wednesday to block Immigration and Customs Enforcement (ICE) officials from detaining two men in Bend, Oregon, who were taken to unmarked, white buses. Activists surrounded the buses for 12 hours.

Late into the night, it appeared that federal agents from US Border Patrol had emptied the buses and the crowd was forcibly dispersed.

Bend Mayor Sally Russell said on Twitter that the arrests were not an immigration sweep and that she had been informed that there were warrants out for the men’s arrests. She asked people to leave the area.

For the Department of Homeland Security, acting Deputy Secretary Ken Cuccinelli criticized the demonstrators and defended the intervention that included tear gas and nonlethal munitions. Cuccinelli said in a statement that “ICE will take all necessary measures to ensure the safety of its officers and detainees.”

Portland-based nonprofit Innovation Law Lab has asked a federal court to keep ICE from taking the men out of central Oregon, the ACLU announced.

On Thursday, India registered its highest increase in COVID-19 cases yet, with nearly 67,000 new cases and 942 deaths in the previous 24 hours. The country’s total infections approached 2.4 million, with more than 47,000 fatalities. India ranks behind only the US and Brazil in number of cases, and is also trailing behind Mexico in the number of deaths from the novel coronavirus.

And, militants tied to ISIS have taken a key port in Mozambique after several days of clashes. Government troops in the northern town of Mocimboa da Praia left by boat after Islamist fighters stepped up attacks in an area near valuable natural gas extraction sites. 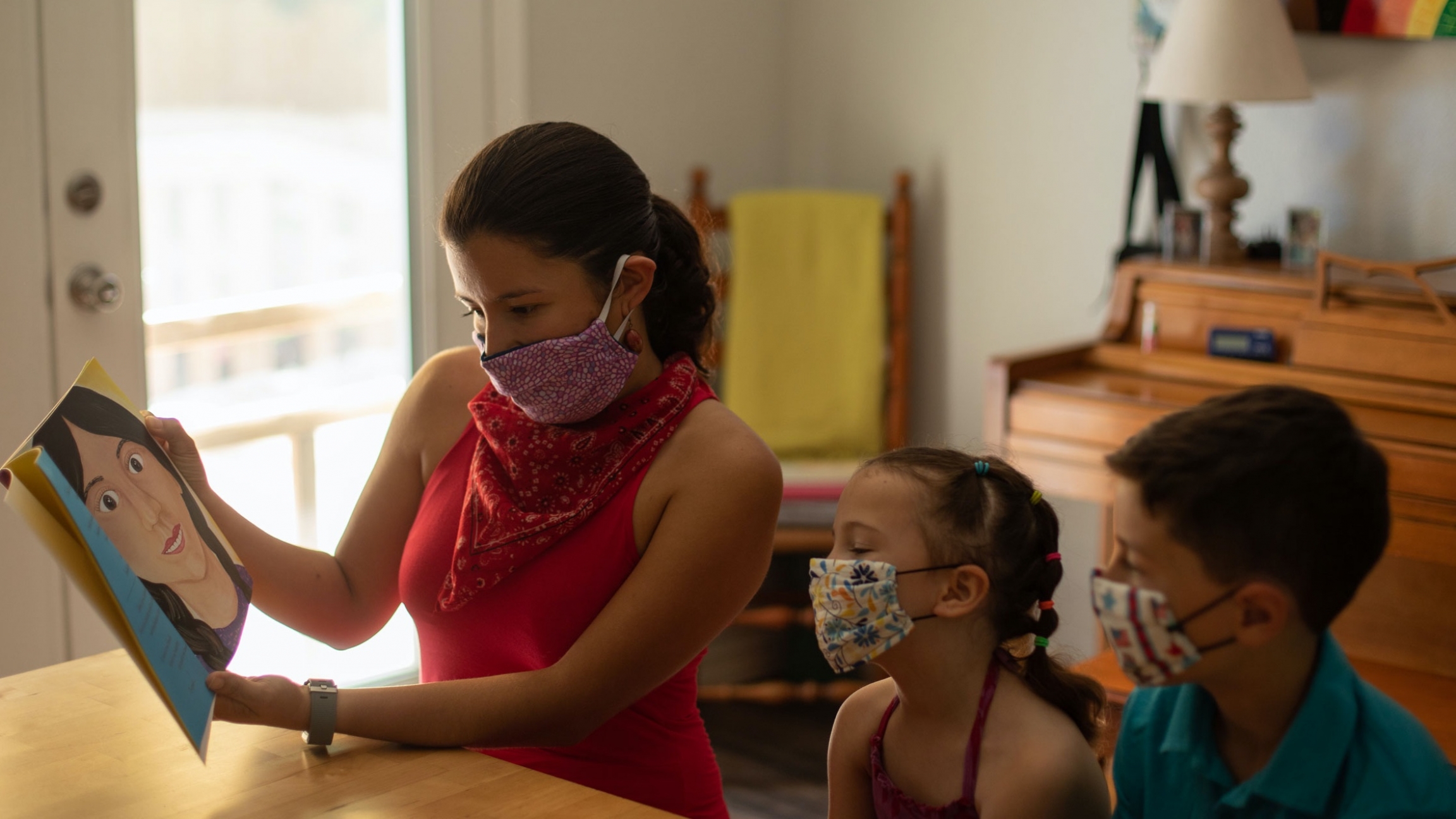 Martha Samaniego Calderón reads “Behind My Mask,” or “Detrás De Mi Cubreboca,” to her children Natalia and Nicolas, at their home.

Martha Samaniego Calderón and her husband, Dan Heiman, decided to self-publish a Spanish-English children’s book called, “Behind My Mask,” or “Detrás de Mi Cubrebocas,” to encourage children to wear masks and help them process difficult emotions about COVID-19. 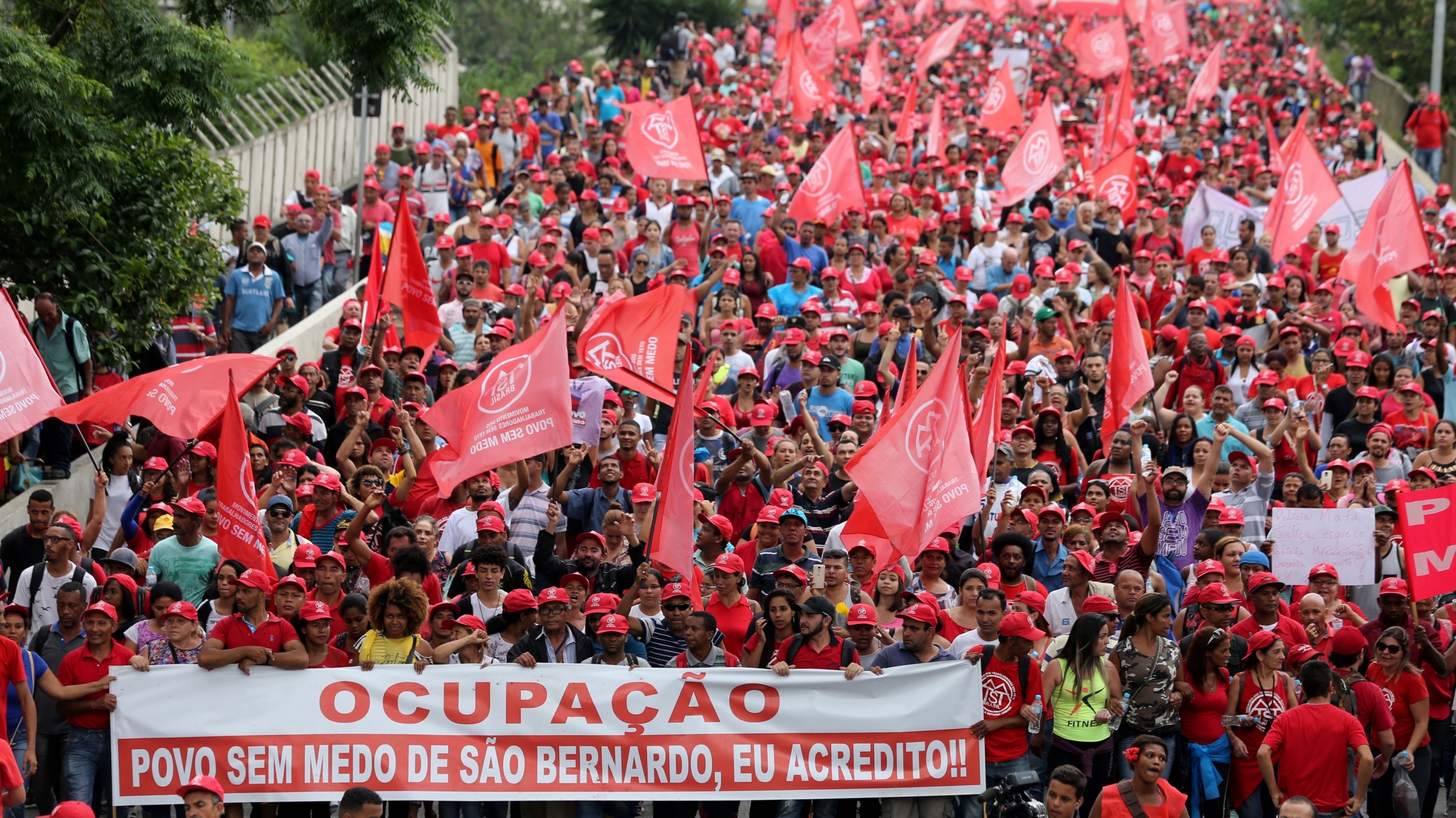 Homeless Workers Movement (MTST) attend a rally against the eviction of the “Povo sem Medo” or “People without Fear” occupants in São Paulo, Brazil, Oct. 31, 2017.

Despite the pandemic — and rising unemployment — the number of forced evictions in Brazil has roughly doubled in recent months. Since the beginning of the COVID-19 crisis, more than 1,700 families have been thrown out of their homes just in the state of São Paulo, according to the Observatory of Forced Removals at the ABC Federal University. That number rises each week, with thousands more at risk of being forcibly removed.

Activists are fighting back. Late last month, a coalition of more than 50 Brazilian social groups launched a campaign to end the evictions. They’re demanding judicial and legislative action.

Music fans in the UK got to see live music — in person. Around 2,500 people went to see singer-songwriter Sam Fender perform on Tuesday night in Newcastle, in what promoters called the “first socially distanced music venue.” 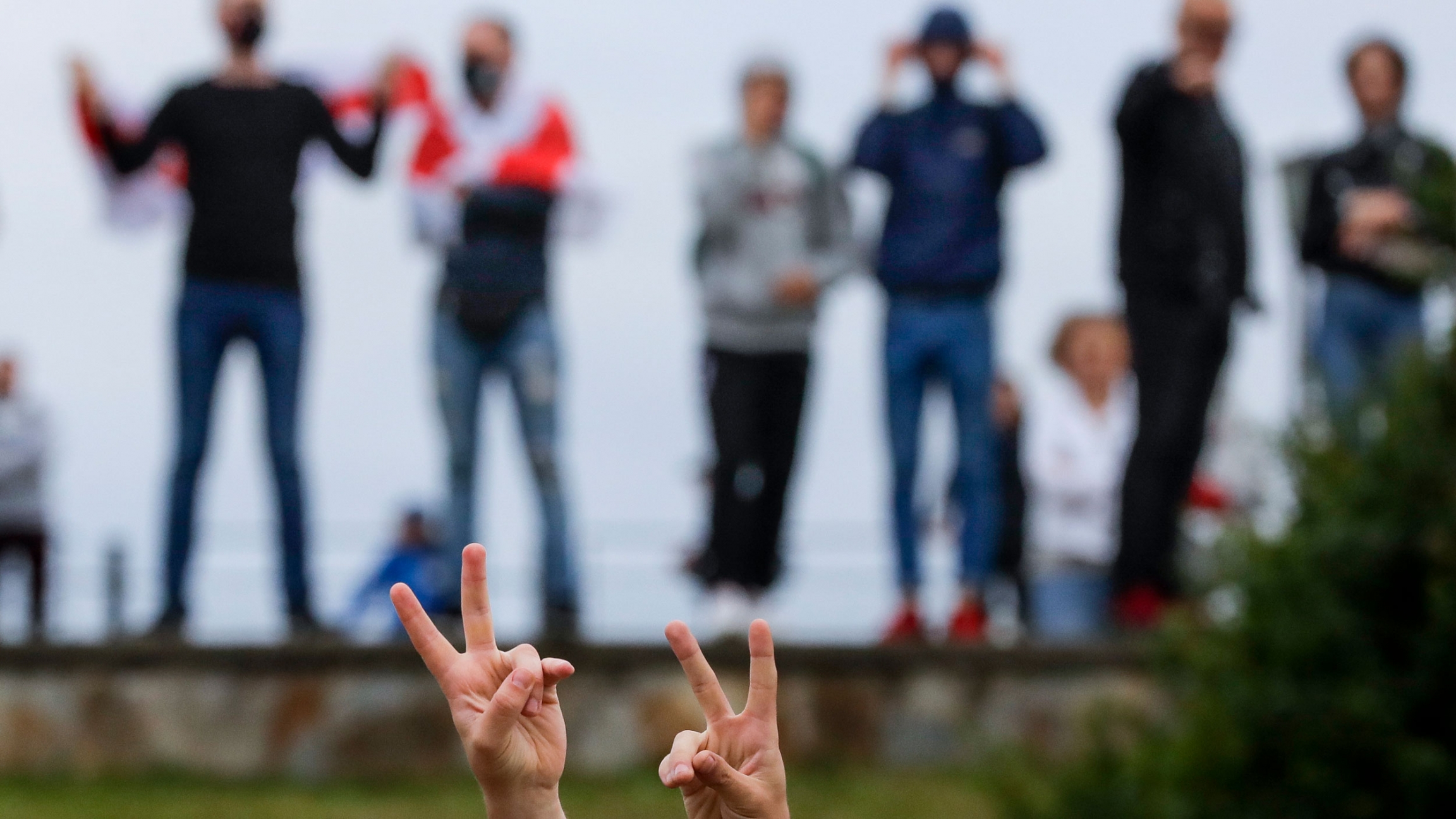 Protesters gather on a street against election results in Minsk, Russia, Aug. 12, 2020.

People in the Belarusian capital Minsk and across the country are protesting the election of Alexander Lukashenko. Protesters say the election was rigged and leaders across the EU and the US are raising some of the same concerns. And, Kamala Harris’ father is an immigrant from Jamaica. Jamaicans have been following her career closely and many are now rejoicing her appearance on US presidential hopeful Joe Biden’s ticket. Also, if the US can’t build better airports or trains than China, or even manage the coronavirus, how exactly is it supposed to compete with China’s economic power?