A monthslong drought in parts of Kenya is endangering the livelihoods of millions of people who rely on livestock. Humanitarian organizations are warning that countless people could be at risk of hunger if the rains don't come soon.

Ruchi Wario, 60, shepherds livestock at one of the few functioning boreholes in Marsabit County, Kenya, Nov. 3, 2021.

Off the side of the road, emaciated cows, and even camels, trudge through the heat — they are searching for pasture and water, which have both become increasingly difficult to find.

Related: Got camel milk? Entrepreneurs in Kenya hope more people will embrace the taste of this dairy alternative.

“The drought has become bad because this whole time, there hasn’t been any rain,” said Samwel Lekorima, a herder at a livestock market in Mirelle town. “Animals have begun to die.” 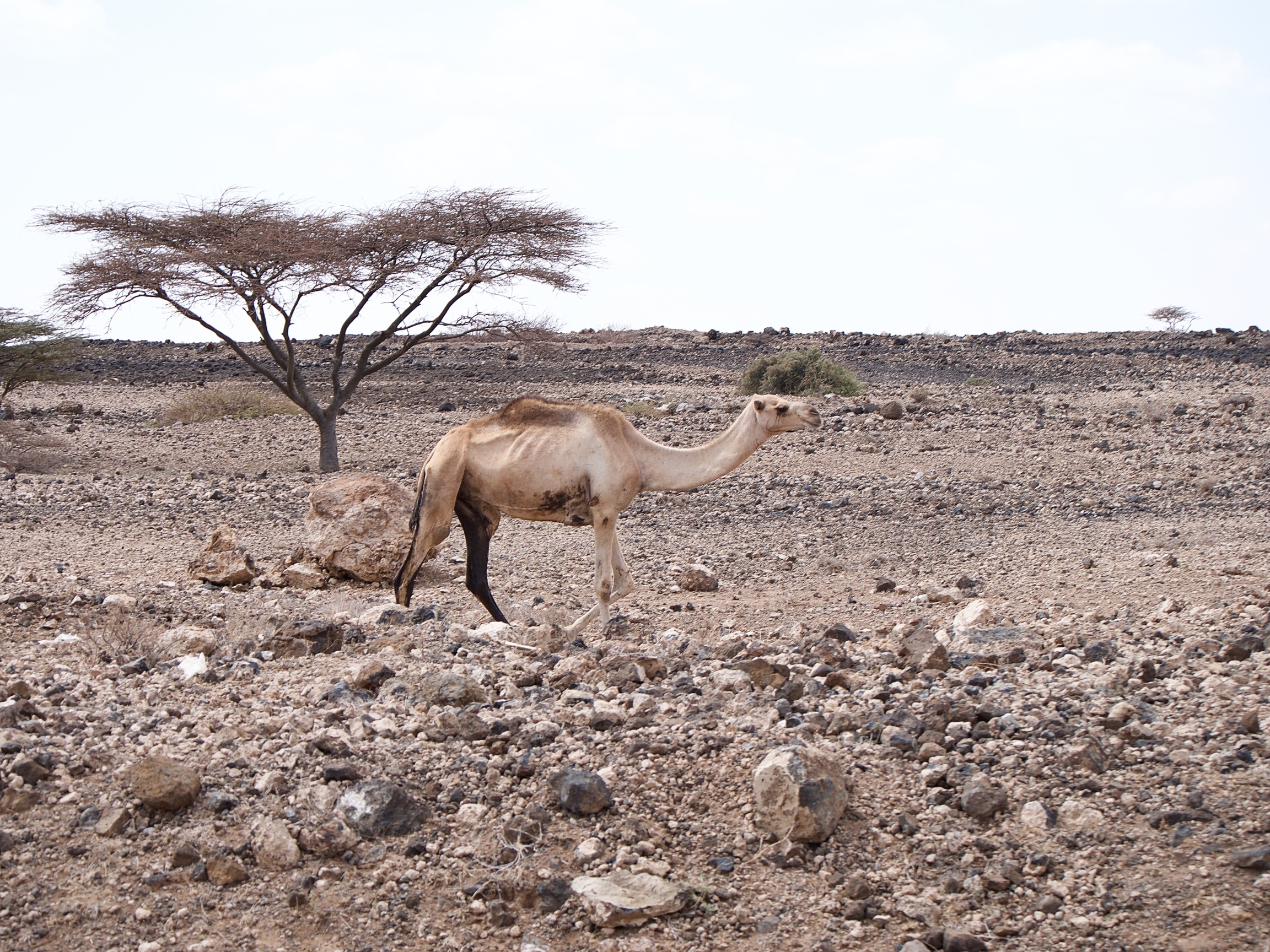 A thin, sickly camel trudges along in the heat in the drought-affected Marsabit County, Kenya, Nov. 3, 2021.

Local pastoralists have come to the market to sell off livestock to get money to buy goods and other basic commodities, which have become expensive during this drought.

The drought in the country is endangering the livelihoods of millions of people. And, humanitarian organizations are warning that countless people could be at risk of hunger if the rains don’t come soon.

In Marsabit, Kenya’s second-biggest county, 80% of households directly rely on livestock for their livelihoods, according to officials.

Culturally, pastoralists here build and measure their wealth by maintaining large herds of livestock, rather than selling them off. But officials are encouraging them to quickly offload their livestock before they dwindle, sicken or die.

“We have actually put a lot of effort into establishing markets in the strategic points to try to see if they can dispose of the animals,” said Wario Sori Sake, chief livestock officer for Marsabit County.

Sake knows firsthand the devastation that drought can bring.

“When I was very young, around 1992, [1993], my family had a huge stock of cattle, which we all lost. That actually reduced us to pastoralist refugees.”

But even those who are selling off their stocks aren’t going to take home much in return. 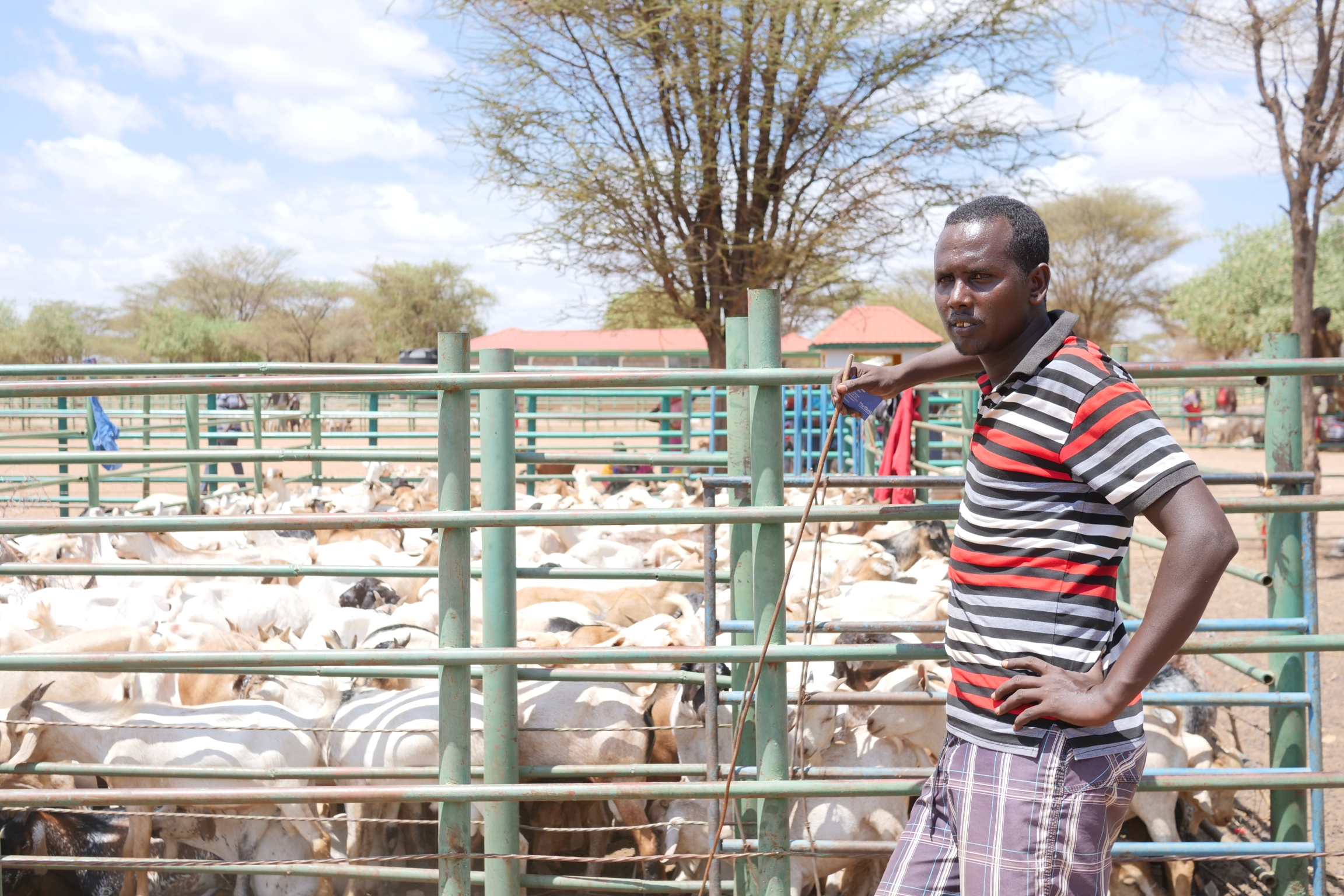 Herder Samwel Lekorima surveys livestock at a market in Mirelle, where pastoralists are off herding their animals due to the drought, Nov. 2, 2021.

“Now, the price has gone down a lot. Because of the drought, people have brought many goats to the market,” Lekorima said.

The animals, many wasted, are also fetching lower prices. Kenya’s government is dedicating millions of dollars to help purchase livestock off of herders before it is too late.

Still Lekorima — like many others — is holding onto some animals in the hopes that if the rains come soon, they will be able to recover. But the outlook isn’t looking good.

Kenya has two rainy seasons: the long and the short. The latter was meant to begin last month, but Marsabit has seen little rain so far.

While drought is not new to Kenya, scientists have noted with concern the increasing frequency of drought and other extreme weather events in the country.

“Because of climate change, the rainfall [on] which we depend is now unpredictable, the quantities have reduced, and the seasons have shortened,” Parkolwa said. “So, they cannot support pasture production [nor] can they support crop production.”

The Kenyan government, supported by nongovernmental organizations, is trying to mitigate the drought’s impact in a number of ways, including donating food; distributing animal feed; supplying drought-resistant crops; trucking in water; and managing boreholes across large, often remote swathes of land.

One borehole, about an hour and a half from Marsabit town, some herders must travel for days to reach it.

Sixty-year-old Ruchi Wario is the community leader there — in charge of ensuring that everyone in the surrounding communities gets a chance to drink from the water, and their animals, too.

Already, goats and sheep have collapsed out of thirst on their way to this borehole, too weak to make the growing journey between pasture and water.

“The machines that pump water have all broken down, apart from this one here,” Wario said.

Nearby, water wells had also dried up.

“We are fearing our stock will die of thirst if this last pump fails,” he said.

He warns the loss of food sources and income will have a trickle-down effect on communities.

“You know, kids are taken away from school and also the girls, the adolescent girls, some of them are married off,” added Adan Jarso, of Mercy Corps, which has been helping communities cope with the drought. “That increases the cycle of poverty.”

Already, more than 2 million people are facing food insecurity due to the drought. 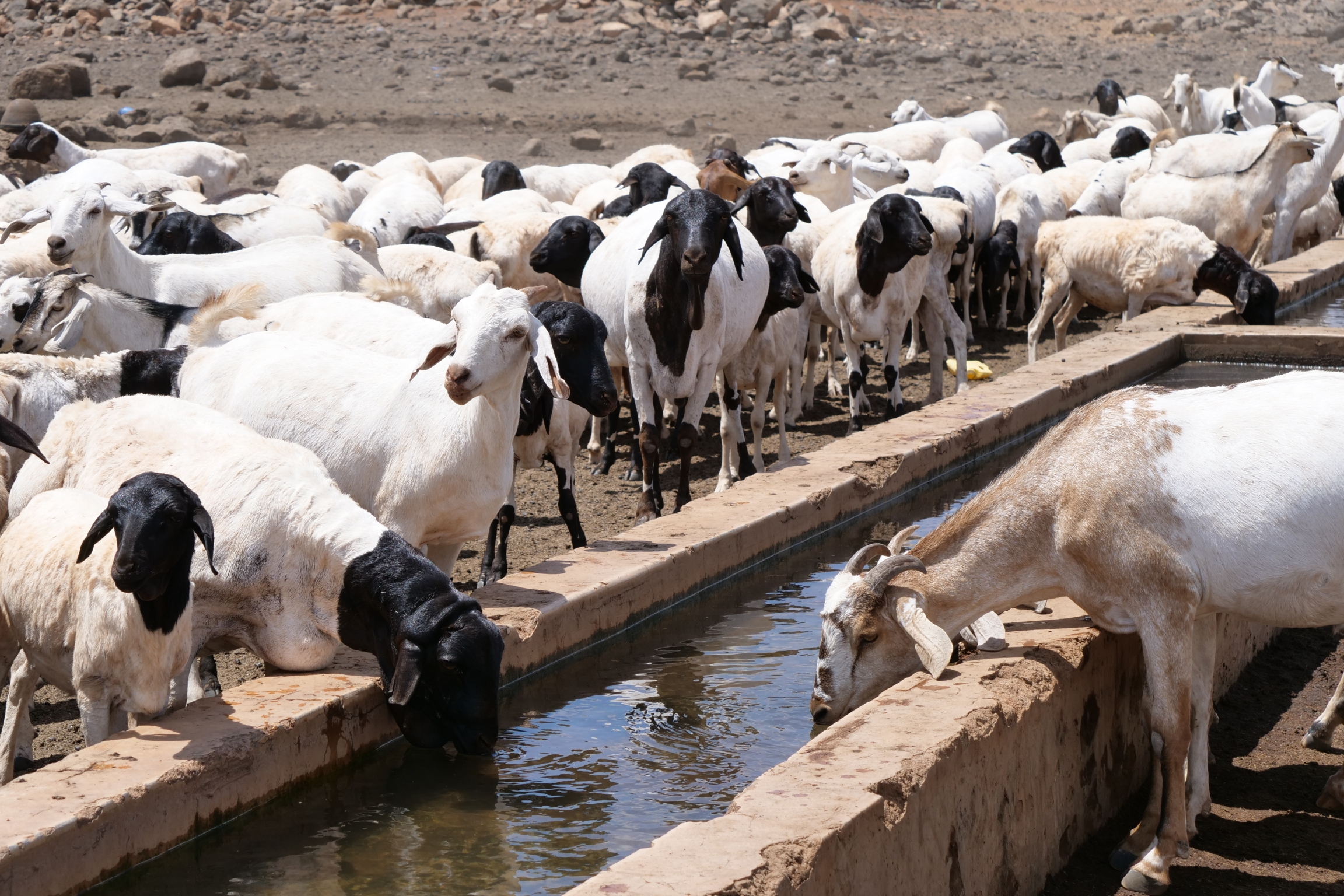 Animals drink from water sourced from a borehole in Marsabit County. Local herders say some have collapsed on the way as the distance between pasture and water grows, Nov. 3, 2021.

But Jarso notes there are ways communities can mitigate the impact of drought, including by planning and mapping out their rangeland and water resources.

“Build the capacity of the local communities. That’s the most important part, so that they can be able to have better management of their own resources,” he said.

But as drought and other natural disasters become more frequent in Kenya, the scale of resources that communities need to prepare for, and adapt to, their changing environments is likely to increase.

“All of this requires financing,” said Patricia Nying'uro, a climate scientist with the Kenya Meteorological Department, who is currently in Glasgow, Scotland, for the UN climate conference.

“Which is why we are also asking for commitment from the developed countries to support adaptation within the continent,” she said.