People take part in a memorial rally during the National Day of Remembrance and Action on Violence against Women in Canada on Parliament Hill.

On Dec. 6, 1989, an act of violent misogyny killed 14 young women at École Polytechnique at Université of Montréal.

This mass femicide, though carried out by a lone male, grew out of a societal environment of gender inequity, misogyny, colonialism, racism and other intersecting systems of oppression.

Femicide, which refers to the sex/gender-related killings of women and girls, does not occur out of the blue. Although media often portray femicides as spontaneous “crimes of passion” when men kill their female partners, these femicides are the culmination of a history of violence in more than 70% of cases — and are more often crimes of control.

They are also often more likely to be premeditated than nonintimate partner killings. So many of these deaths are preventable, and we must use every tool at our disposal to increase public awareness and enhance prevention.

Public health efforts around the COVID-19 pandemic have illustrated the importance of clear messaging, prioritizing expert voices and holding political leaders and social institutions to account to save lives.

As these efforts continue, we once again mark Dec. 6, the National Day of Remembrance and Action on Violence Against Women, and reflect on the ongoing pandemic of male violence that continues to take the lives of women and girls worldwide. 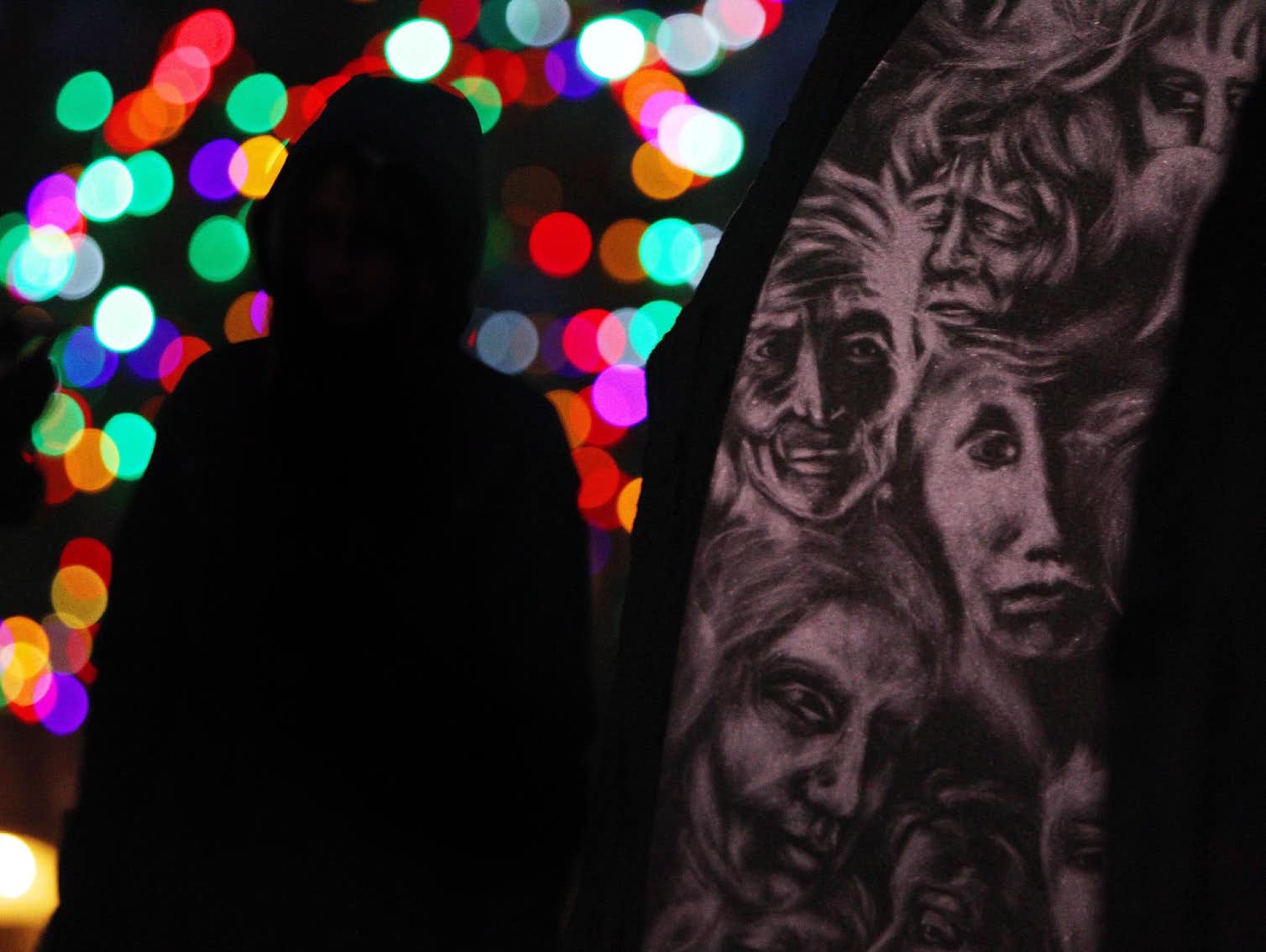 A woman stands next to the Women’s Monument in London, Ontario, as people gather to mark the 25th anniversary of the ÉcolePolytechnique massacre in 2014.

Our work at the Canadian Femicide Observatory for Justice and Accountability keeps track of this extreme form of sex/gender-related violence. As is so evident with the COVID-19 pandemic, the media play a critical role in informing us about how threats are defined, what aspects to pay attention to and how to deal with a given problem.

In short, the media frame the problem and suggest the solutions. As such, the media can be a key mechanism for primary prevention, but only if the problem is represented accurately.

In covering femicide, media have a leading role, not only in awareness and education generally, but in actively shaping the construction of attitudes and beliefs that can help prevention efforts.

In contrast, harmful representations include those that portray these killings as isolated or individualized events, focus on victim behaviors to suggest (implicitly or explicitly) that they were to blame for their own death or marginalizing certain groups based on race, religion, socio-economic class, sex-trade involvement, sexual orientation and other factors. 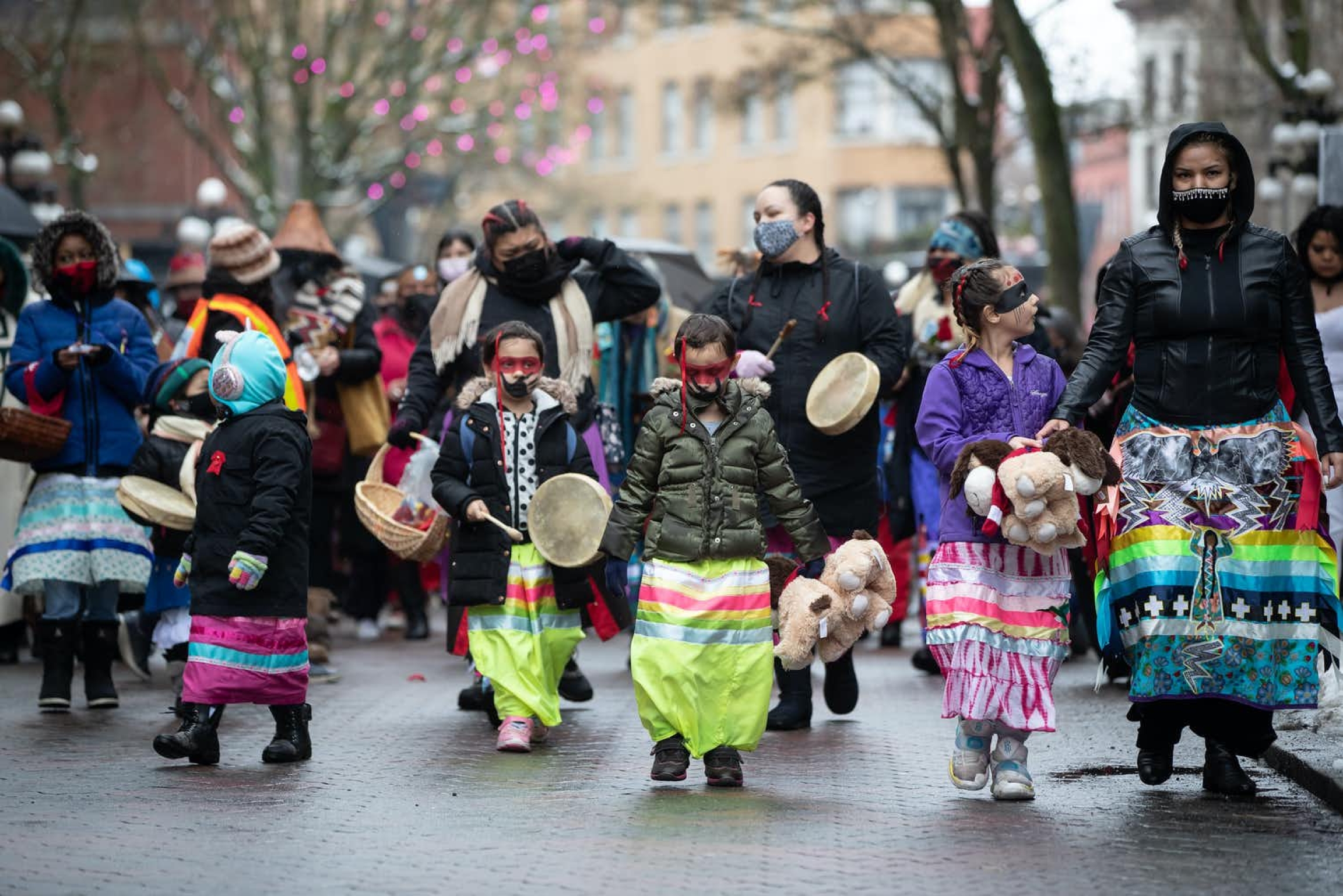 Young girls walk together during the annual Women’s Memorial March in Vancouver in February 2021. The march is held to honour missing and murdered Indigenous women and girls with stops along the way to commemorate where women were last seen or found.

There is also the matter of who isn’t represented at all. The “missing white girl syndrome” underscores that white, usually class-privileged victims receive copious amounts of media coverage while missing and murdered Indigenous, Black and other racialized women and girls are excluded from large-scale societal attention. Therefore, some women and girls remain invisible in life and death

Media reporting on femicide is key

How reporters frame femicides is therefore critical for accurately informing the public. Media coverage of femicide has the potential to connect it to broader issues related to violence against women, thereby educating the public about these crimes, their broader societal causes, consequences and implications.

This media coverage might include terminology such as femicide, statistics on the number of women killed by intimate partners, domestic violence resources or new expert sources who are more qualified to speak on femicide, including front-line service providers, advocates and researchers.

In addition to providing more in-depth, empirically supported context about femicide, this type of coverage raises public awareness about the issue. It reports on femicides not as isolated incidents but more directly highlights community and societal solutions.

That can include funding services that help victims of violence, prevention education, legal reform and cultural change, such as targeting the attitudes that support or normalize violence against women.

As we remember those women and girls killed by violence in Canada, we can critically reflect on how their stories are told and how the media educate us about their deaths. We can move beyond relying on police narratives and cultural framings about femicide, drawing from the experiences and expertise of survivors and those who have lost loved ones to violence.

We can reduce sensational, graphic reporting of femicide and stop suggesting any victim’s actions, behaviours or lifestyles contributed to their deaths.

Femicide is a tragic loss of life. It is the most extreme act of violence against women, a human rights violation and part of a public health crisis. An accurate representation of this crime by the media must include perspectives that address all three of these areas.