Many Haitians rely on Mackenson Rémy, a popular reporter, to get around the country’s capital safely.

Mackenson Rémy, a popular reporter, is a fixture in Port-au-Prince, Haiti’s capital. All sorts of people call him, from business executives to politicians, interested in hearing about the traffic situation as the city wakes up.

It’s still dark outside on a Tuesday morning in Port-au-Prince, Haiti’s capital.

But Mackenson Rémy, a well-known reporter, has been up for a while already, roaming the streets before most people are even awake.

Rémy is also known by his nickname, Kat pa Kat, which is Creole for “four by four” — “because 4×4 is a Jeep. A Jeep can go everywhere. And I’m going everywhere,” he said.

He drives a 2004 beige Pathfinder. Or, sometimes a motorcycle — to be the eyes and ears for the many Haitians who rely on his broadcast on the popular Radio Caraibes network to get around the city’s streets safely.

Commuting in a big city is rarely easy, especially in Port-au-Prince. Residents have to watch out for traffic jams, but also a rise in kidnappings and protests.

Today, the situation on the streets in the capital is especially complicated.

“People are scared about the security. That’s why you see less people in the streets.”

“People are scared about the security. That’s why you see less people in the streets,” he said.

Bus and taxi drivers are on strike — fed up with the powerful gangs who control parts of the capital. There is also a severe fuel shortage. On one street, protesters had put up a barricade.

“They’re burning tires because [of] the protests against the government, against [life] in Haiti. Life is so hard,” Rémy said.

Related: Thousands of Haitians trying to reach the US are in limbo in Tapachula in southern Mexico

Rémy noted where the blockades were and kept moving — he had six municipalities to get through.

While he drove, he kept one hand on the steering wheel, dodging deep potholes — and balanced his iPad with his other hand, to take calls. 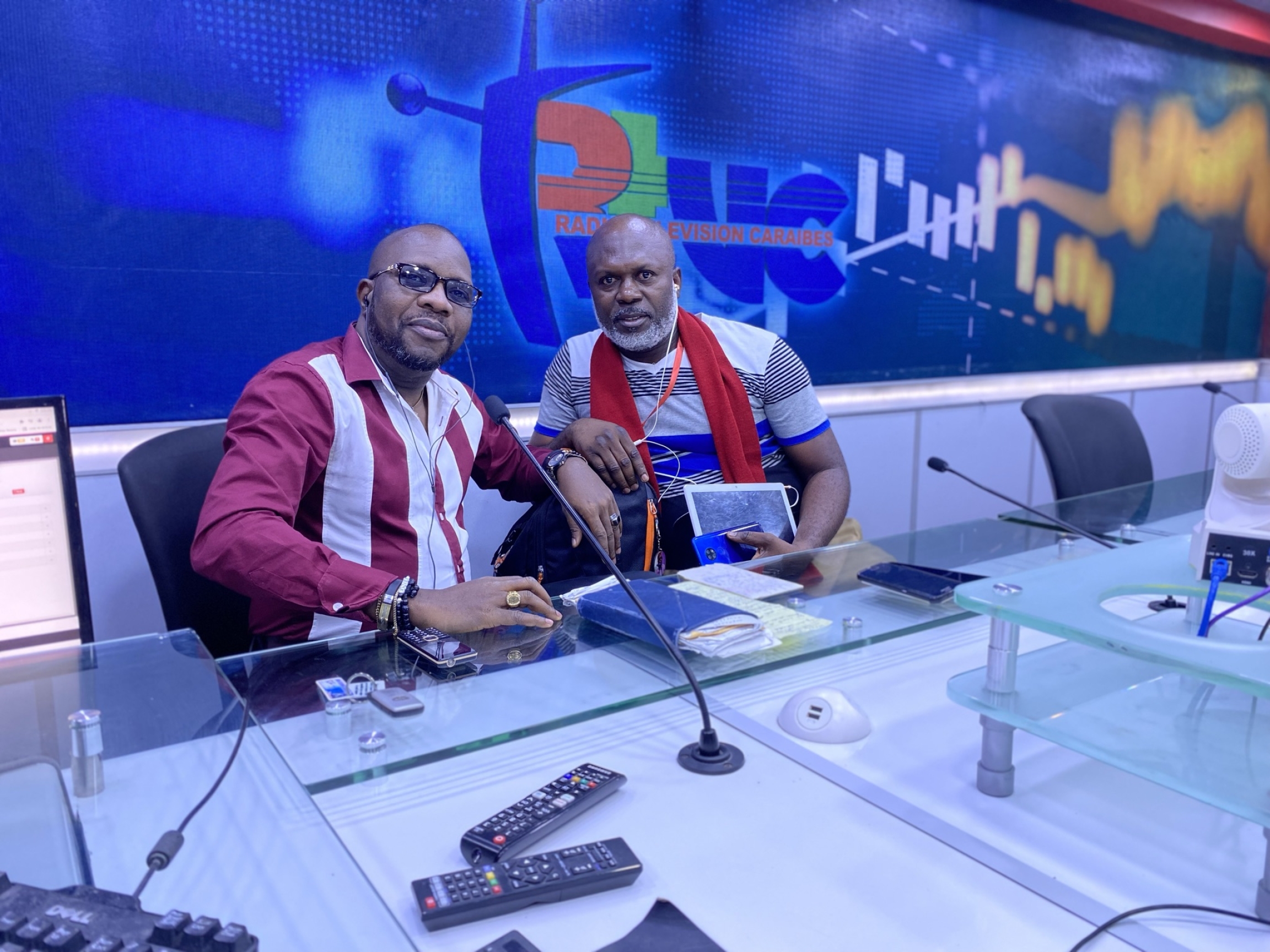 Many Haitians rely on Mackenson Rémy's broadcast on the popular Radio Caraibes network to get around the city’s streets safely.

He’s a fixture in town. A range of people call him, from business executives to politicians, interested in how the city is waking up.

Police officers in a Jeep recognized Rémy as he drove alongside and said hello.

They were among the few officers patrolling the city that morning — the country’s police force is very underfunded — and that gets to why Rémy does this work. The state is largely absent in Haiti right now — especially after President Jovenel Moïse was assassinated in July. People need to be informed about what’s going on, Rémy said.

At one point, a listener called in to tell Rémy how a gang in his neighborhood was going door-to-door, demanding cash from people — the same gang that kidnapped a group of foreign missionaries last month.

Then, Rémy got a surprising call. It was the interim head of Haiti’s police force, for the whole country — he asked him what he was seeing out and about that morning. (Since that phone call to Rémy, that interim national police chief has resigned.)

Police can’t go to certain areas because the gangs will shoot at them, he explained. But Rémy can drive through with permission. In fact, not long after the police chief’s call, he heard from a member of G9, a notorious gang coalition.

Right now, the gangs are blocking off the ports where fuel is stored for Haiti. The gang leader told Rémy there was just a clash with police in one of those areas but that the streets there are clear now.

In some ways, Rémy is like a portal into Haitian society. And he’s OK with that. Growing up in Port-au-Prince, he said he was always roaming his neighborhood, reporting back on what he saw, the good and the ugly. Now, he’s doing that for the entire city.