Raphael has dedicated his free time to fishing waste out of the Seine in Paris using a magnetic rod. He's already managed to pull out 7 tons of waste including electric bikes, scooters, scrap metal and cellphones.

Alexandre de Fages de Latour and his son, Raphael, 10, are pictured near the Seine in Paris, where they fish out treasures — and junk.

Paris Mayor Anne Hidalgo has set a goal of making the Seine swimmable by 2024 when her city will host the Olympic Games.

If she succeeds, it will be the first time that bathing in the Seine is legal in over 100 years. To do that, though, the city will have to significantly reduce the levels of toxic bacteria that flow through the river.

Then, there’s the buried treasure hidden at the bottom. Around 360 tons of plastic are found in the Seine every year.

Lucky for Hidalgo, 11-year-old Raphael is on the case. 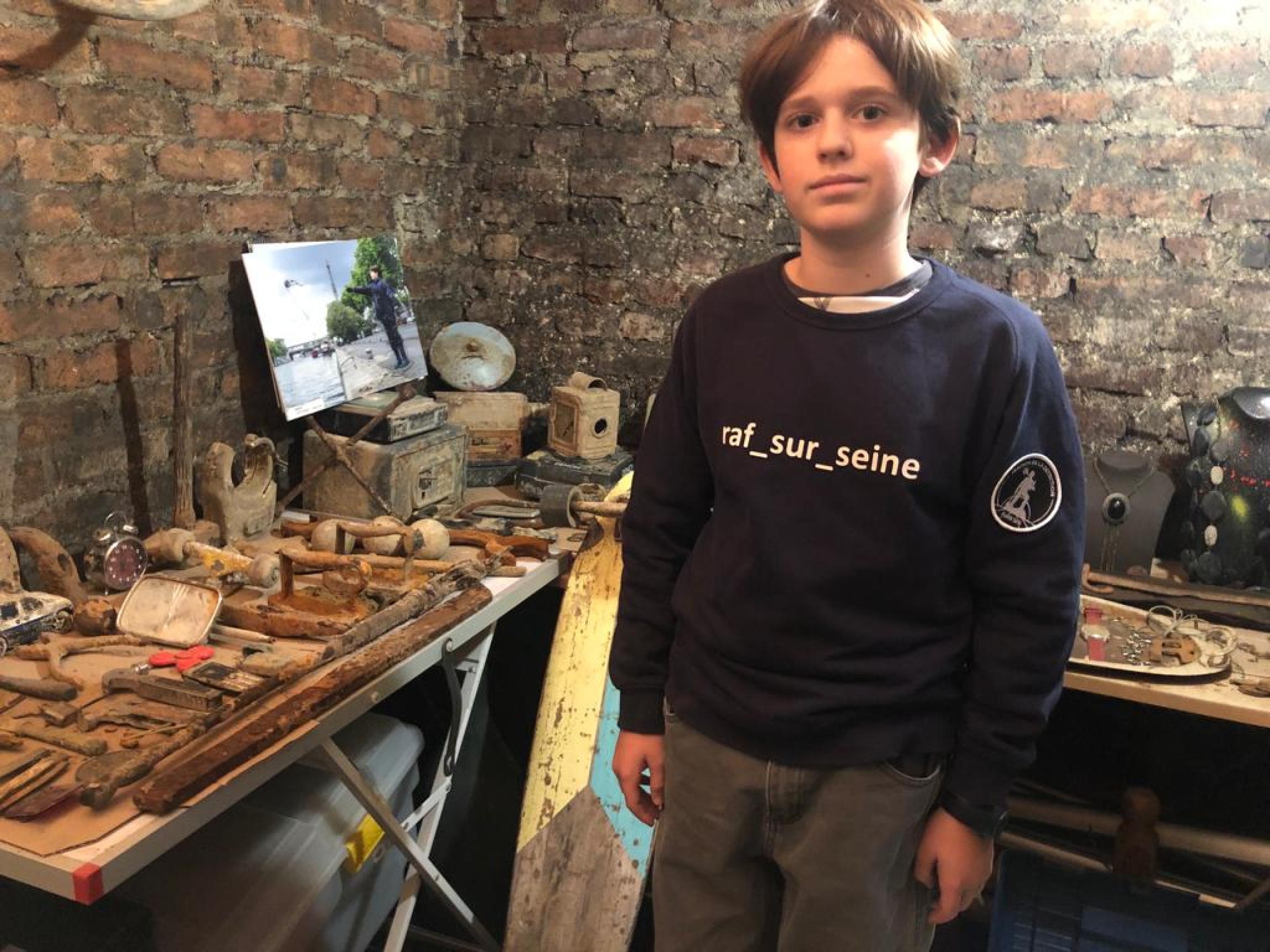 Raphael is pictured alongside some of the artifacts he has procured from the Seine in Paris.

For nearly two years now, the scrappy middle schooler has spent nearly every weekend with his dad, fishing debris out of the 450-mile stretch of water.

“It’s not unusual for us to catch an entire ton in a single day,” Raphael’s dad, Alexandre de Fages de Latour said.

A typical catch can include anything from an iPhone to an electric scooter.

“I always knew there were things at the bottom of the water, but not to the point of scooters and bicycles,” Raphael said.

His biggest find: a 360-pound Yamaha motorcycle that took an entire team to pull out.

Then, there are the more unusual objects, including a digital single-lens reflex (DSLR) camera, jewelry and even a 19th-century bayonet. Those treasures are stored at a makeshift museum located in his dad’s basement and are also shared on his Instagram account @raf_sur_seine where he now has more than 20,000 subscribers.

It all started, however, at around Christmas 2019 when Raphael saw a YouTube tutorial from someone doing something similar.

So, Raphael asked his parents for several meters of rope, a hook and a powerful magnet that could attract metal objects weighing more than a ton.

“I was initially taken back by his request, but once he showed me the YouTube video I ended up being quite impressed,” Raphael's dad said.

In January 2020, they went to Pont Mirabeau off of Rue Beaugrenelle in western Paris for their first catch.

“At first, it was just meant to be a leisurely weekend activity. But once I saw just how much debris there was buried at the bottom of the river, it became like a full-time job … and I wanted other people to know, too.”

“At first, it was just meant to be a leisurely weekend activity,” Raphael said. “But once I saw just how much debris there was buried at the bottom of the river, it became like a full-time job … and I wanted other people to know, too.”

Last October, Raphael was even awarded the Medal of Paris for his efforts.

But he admits getting people to take action in the fight against pollution has been a challenge. 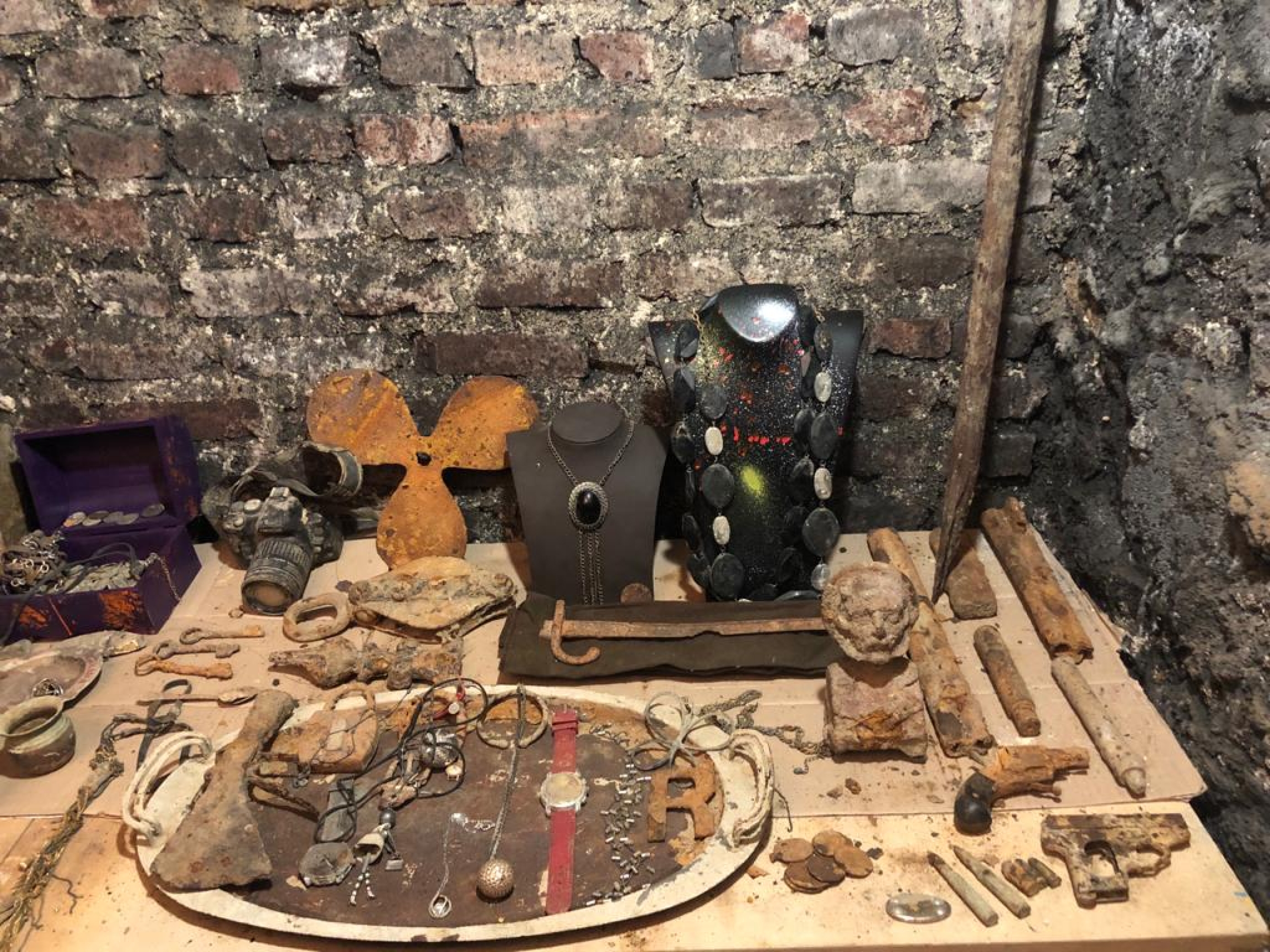 Raphael displays the treasures he fishes out of the Seine in a museum in his basement at home in Paris.

“There’s more than 7 billion people on Earth … so, there’s definitely enough of us to clean up and save the planet,” Raphael said. “But when it comes to taking action, hardly anyone does. Even something as simple as picking up cigarette butts from the ground and placing them in the trash could make a huge difference.”

Still, he said he feels encouraged by his progress in the last two years.

A section of the Seine, he said, is noticeably clearer than the rest of the river. That’s where he started fishing in January 2020. And while he’s not sure if he can make the entire Seine glisten by the 2024 Olympics, he hopes to be one of the first to swim in the water once it’s declared safe.