The Argentine soccer star won countless trophies for Barcelona, but failed to earn his homeland the biggest prize of all. This may be his last chance.

Argentina's Lionel Messi reacts after missing a chance during the World Cup group C soccer match between Argentina and Saudi Arabia at the Lusail Stadium in Lusail, Qatar, Nov. 22, 2022.

Argentine soccer star Lionel Messi was off to a good start on Tuesday after scoring for his home country in the opening game of the World Cup against Saudi Arabia.

But the match took an unexpected, David and Goliath-esque turn, and Argentina ended up losing 1-2 — a major upset for one of the teams favored to win the competition.

This surprise defeat rises the stakes even higher for Messi, who, at 35, is facing one of the most consequential tournaments of his storied career.

Messi, widely regarded as one of the finest soccer players ever, is also one of the most-decorated athletes in the history of the sport, with a record, seven Ballon d’Or awards, the game’s top individual prize, and 36 trophies won in his club career, mostly for FC Barcelona.

Yet, for all his success at the club level, Messi has so far failed to earn his homeland the biggest trophy of all. 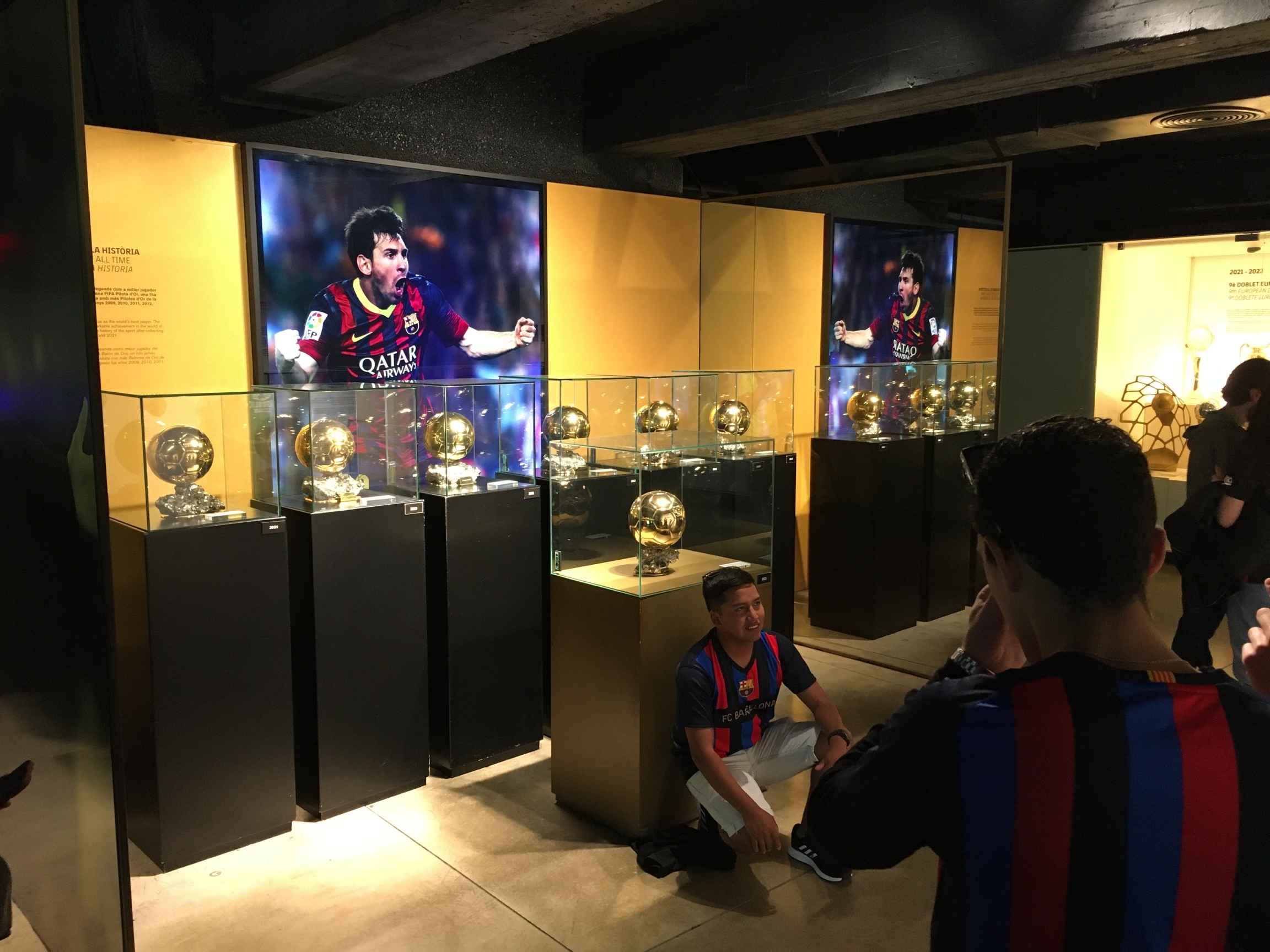 According to the player himself, the 2022 Qatar World Cup will be his last shot.

“Those were difficult days,” said Argentine soccer agent Horacio Gaggioli, who got Messi his first contract with the Spanish club, famously signed on a napkin.

Gaggioli recalled seeing the young player cry more than once as his family was separated and his mother returned to Argentina.

Messi also had to inject his legs every day to treat a growth hormone disorder.

But careerwise, migrating paid off, and Messi grew up surrounded with other great players. 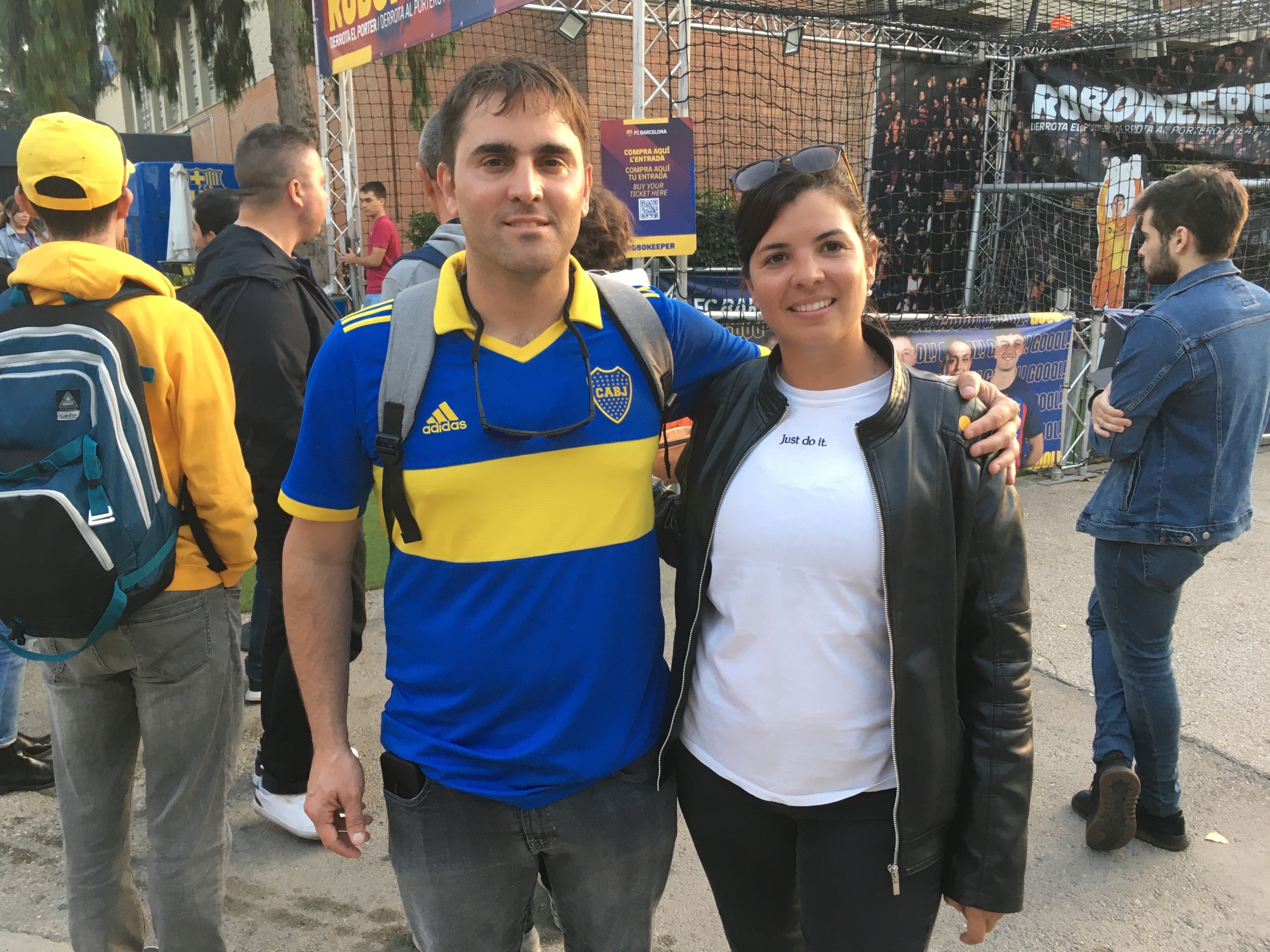 Gaggioli said that Messi’s teammates were so good that they would often serve him goals on a platter, so he just had to nudge the ball inside the net.

“He didn’t have that with Argentina,” Gaggioli said.

Messi, playing for his home country, lost four international finals. In 2016, he announced he was leaving the team, but later retracted.

Many expected the 2022 World Cup to be different.

A turning point came last year with the Copa América, when Argentina took the trophy home after defeating in the final its nemesis, Brazil.

It was Messi’s first major trophy with Argentina, and it came as a symbol that he, too, could lead his country to international glory, like Pelé for Brazil, Cristiano Ronaldo for Portugal, or Maradona, Argentina’s last soccer hero.

“But things are different now: when he scores, he celebrates like when he was at Barcelona,” Flores said.

Messi’s career at Barcelona came to an abrupt end in the summer of 2021. 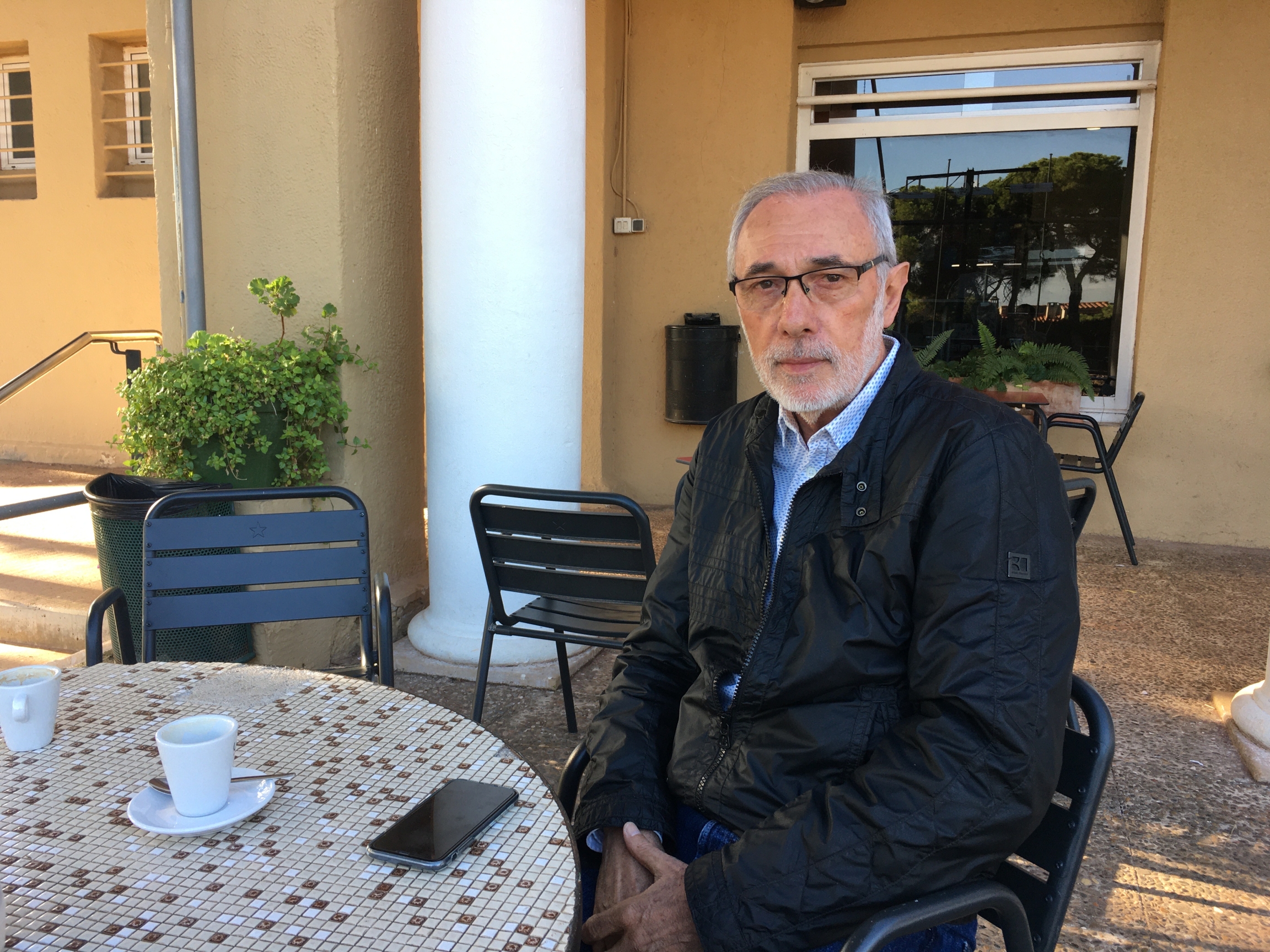 Argentine soccer agent Horacio Gaggioli at the tennis club where he got Lionel Messi his first contract with FC Barcelona, famously signed on a napkin.

Years of mismanagement brought the club to the brink of bankruptcy, and a cap on spending imposed by the Spanish league meant it could no longer retain its star player.

“I arrived to the club as a little boy,” said Messi in his final press conference. “After 21 years, I leave with my wife, and with three Catalan Argentine sons.”

Messi, fighting back tears, said that he regretted not having the chance to say goodbye to Barcelona fans, because of COVID-19 restrictions.

“I would have imagined a different farewell, with fans in the stadium, hearing one last ovation” he said.

Messi moved to Paris and signed for France’s powerhouse club PSG. After a difficult year, he was back in great shape just in time for the World Cup.

Messi’s bitter departure from Barcelona left many soccer fans hoping for a final redemptive act, and even non-Argentines relished the possibility of him winning the World Cup.

“He’s the best player I’ve seen in my life. I know I’m young, but my father has seen Pelé, Maradona, and he tells me that besides Pelé, Messi is the best player he has ever seen,” Campos said.

“I don’t care if Mexico loses,” she said. “Even though my country is against Argentina, I really want Messi to win this World Cup.”

Argentina is facing México this Saturday, and Poland next Wednesday.

Another loss would automatically leave Messi out of the tournament, and would amount to a harrowing humiliation.

But some believe that Messi’s legacy as a soccer legend will not be tainted by a lack of World Cup success.

“I do think that his story, in a way, has been written,” said sports journalist Guillem Balagué, author of Messi’s authorized biography.

“If he loses, his legacy will still be unmatched and untouched,” he said. “Those that have been born in the last 30 years, 40 years, 50 years even, will think that they haven’t seen anything better.”

However, Balagué said that Qatar 2022 may not be Messi’s last World Cup.

“I see a twist: he will leave, and then, when the next World Cup gets closer, let's see where he's at, let's see if he gets invited to the national side,” he said.

Will you support The World today?

The story you just read is available to read for free because thousands of listeners and readers like you generously support our nonprofit newsroom. Every day, the reporters and producers at The World are hard at work bringing you relevant, fact-based and human-centered news from across the globe. But we can’t do it without you: We need your support to ensure we can continue this work for another year.

Make your gift of $100 or pledge $10 monthly, and we’ll thank you on The World’s podcast in early 2023. And every gift will get us one step closer to our goal.