Increasingly, young professionals in India are volunteering to support rural education initiatives, helping children get back on track to recover learning lost during the pandemic.

A teacher oversees the nursery class in the corridor of the building of the school.

This story was produced in partnership with the Pulitzer Center.

When Sarah Shah went on holiday five years ago in Ladakh, in northern India, a taxi driver told her that the remote village of Turtuk was in dire need of teachers.

“Back then, there was no network, no internet, so it was completely cut off,” Shah recalled.

Shah, born and raised in the tech city of Bengaluru, in central India, decided after her holiday to take a break from work and volunteer as a teacher in Turtuk where she felt she could be of service.

Today, the 31-year-old, engineer-turned-educator is the principal of Turtuk Valley School.

In remote parts of India, local government schools often operate on a shoestring budget and struggle to attract specialized teachers. India spends less than 5% of its gross domestic product on education. Increasingly, young Indians from varied fields and backgrounds are volunteering to support rural education initiatives, helping children get back on track and recover from the learning loss of the pandemic. 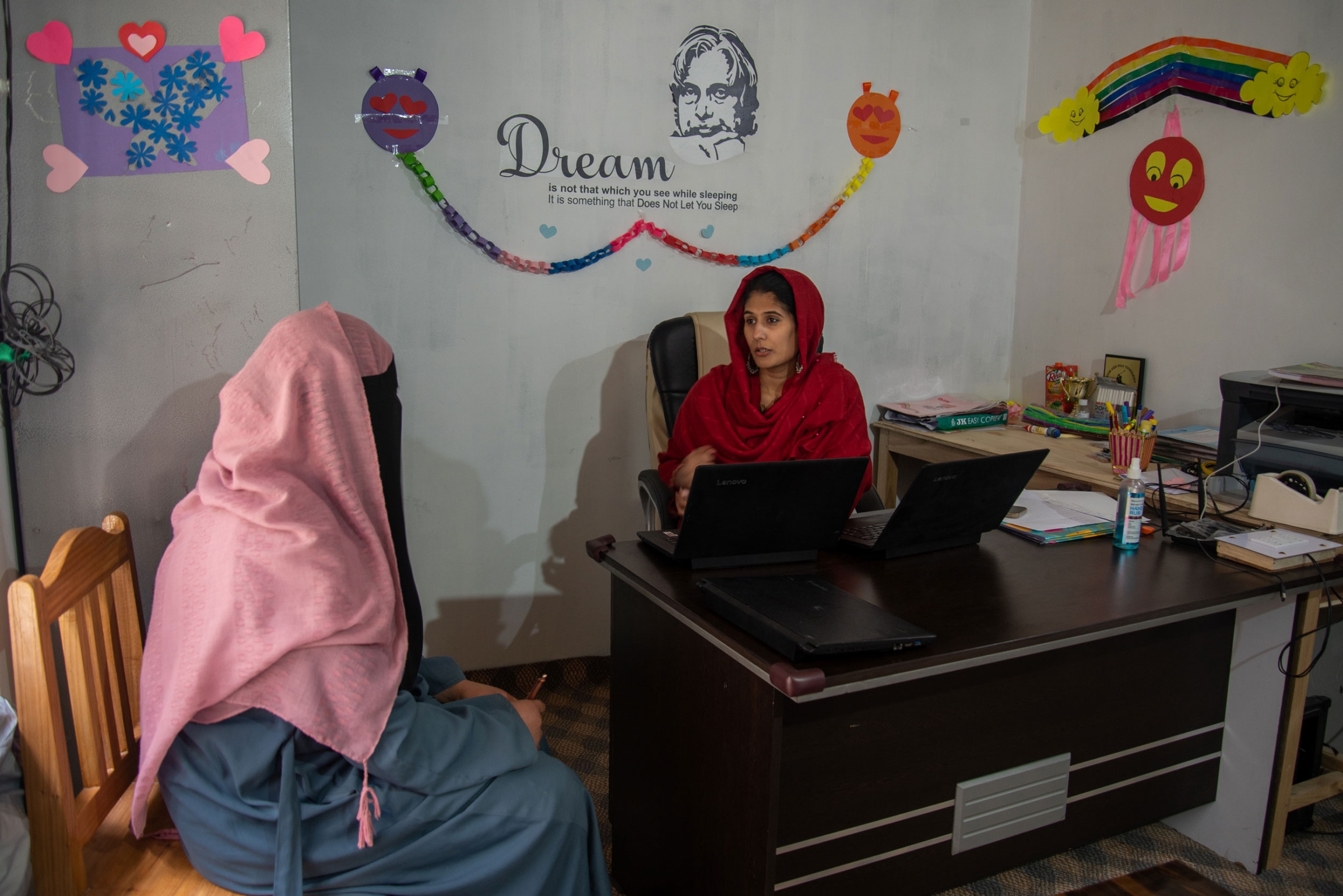 Sarah Shah interacts with a local teacher at the Turtuk Valley School.

Turtuk, nestled in a valley of the Himalayan mountains, is one of the last villages in India before reaching the border with Pakistan. The village has a handful of public schools, but some locals complain about the lack of well-trained teachers, and many are concerned that their children are not adequately prepared for their futures.

And that was before the pandemic.

India has had the second-longest, pandemic-related school closures in the world. In-person schools opened after almost two years. In most of India’s regions, including Turtuk, online classes were difficult to conduct, either due to poor network or families were not able to afford a digital device for their children.

The village of Turtuk still does not have internet on phone connections, and some locals use broadband. But even that is not reliable and keeps being cut off either due to technical or security reasons.

Missing two years of schooling has led to a lot of learning loss, Shah said.

“When the children came back, a lot of them had even forgotten how to read. We are still struggling with a three-letter word and four-letter word, for a fourth grader now,” Shah said. 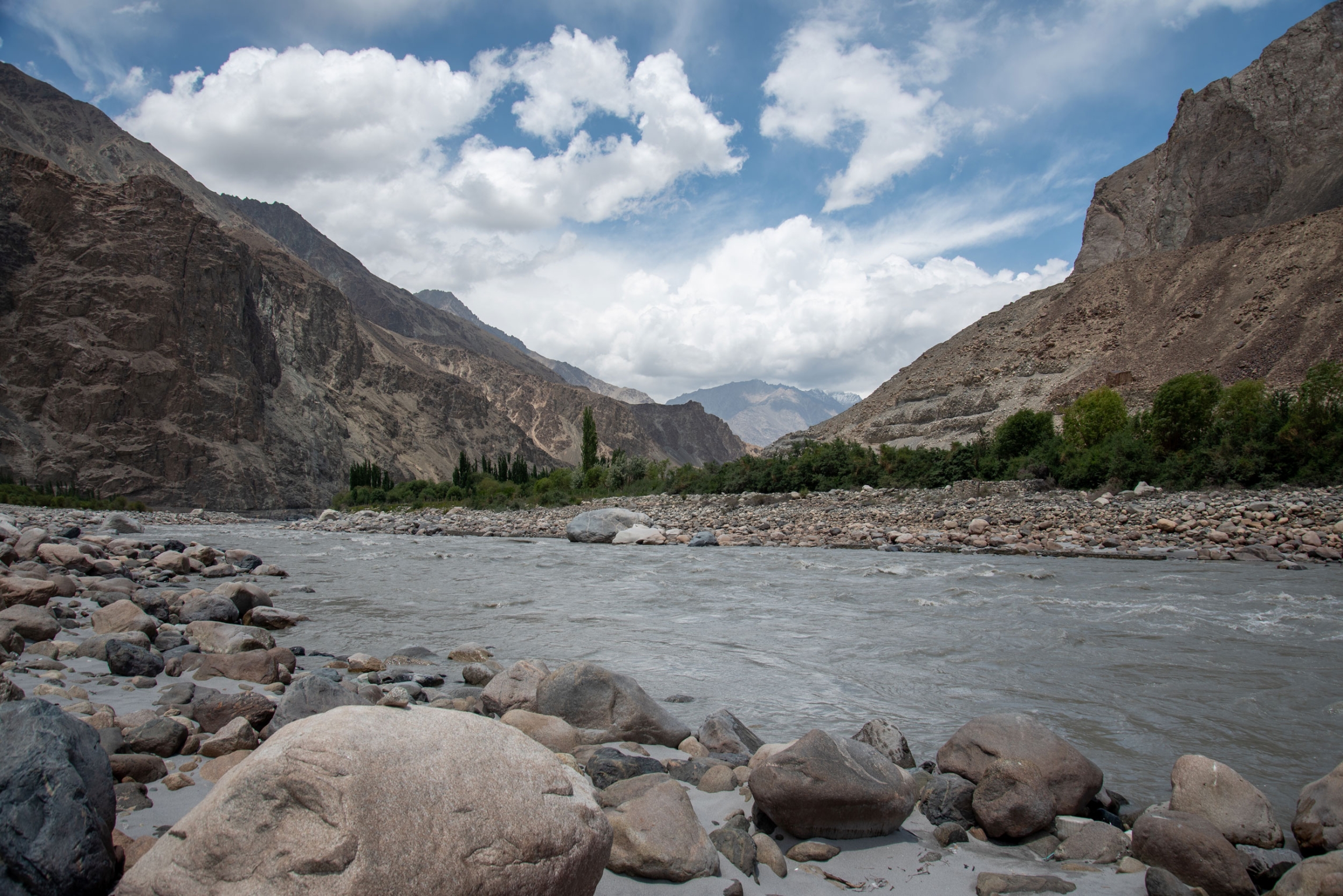 The scene outside Turtuk Valley School. The village is on the Shyok river that flows over the border into Pakistan from here.

Hameeda Bano, who grew up here and completed her schooling in a public school in the village, said that she can attest to the challenges. Her education, she said, was not on par with that of her peers from other parts of the country.

“Personally, when I left the village for higher education, I used to feel my peers were 10 times ahead of me in reading and writing. I feel like I faced a lot of issues because of not having a good basic knowledge,” Bano said.

After leaving Turtuk, Bano earned a degree in psychology and recently moved back to the area. She said it’s exciting to see volunteers bring their experiences from beyond the secluded village.

Bano, 28, has three younger siblings who are studying at Turtuk Valley School.

But many children in rural villages don’t get this opportunity. Rough terrain and long distances have been a major roadblock for delivering quality education in the Ladakh region. 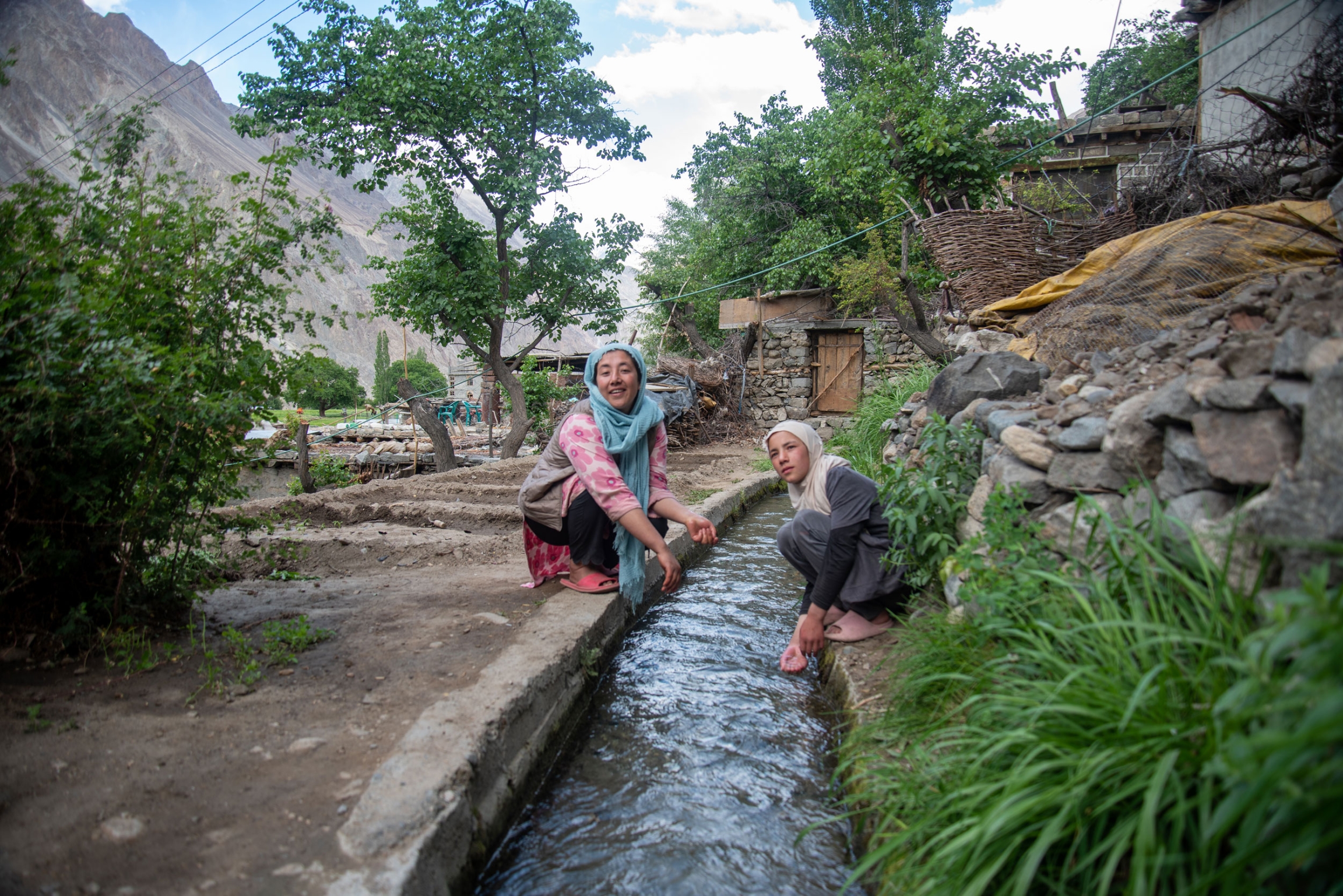 To get a good education, people often migrate to cities, said Sonam Wangchuk, an activist working for the region’s education sector for the last three decades.

While public schools in India are free of cost, they suffer from underfunding and lack of teachers in remote and underserved regions. Private schools try to fill this gap, but often at a price that is too steep for people from lower economic backgrounds.

That’s why Shah decided to open Turtuk Valley School in 2020. It runs out of a bare, two-story building where the corridors double as a staff room and a nursery class. A dusty piece of land in front serves as the playground.

Turtuk Valley School is a nonprofit, supported by donors and young volunteers, who Shah said want to contribute to the local education system.

Shah selects volunteers from different fields, depending on various school requirements, and people’s abilities to live in remote regions and respect local cultures. 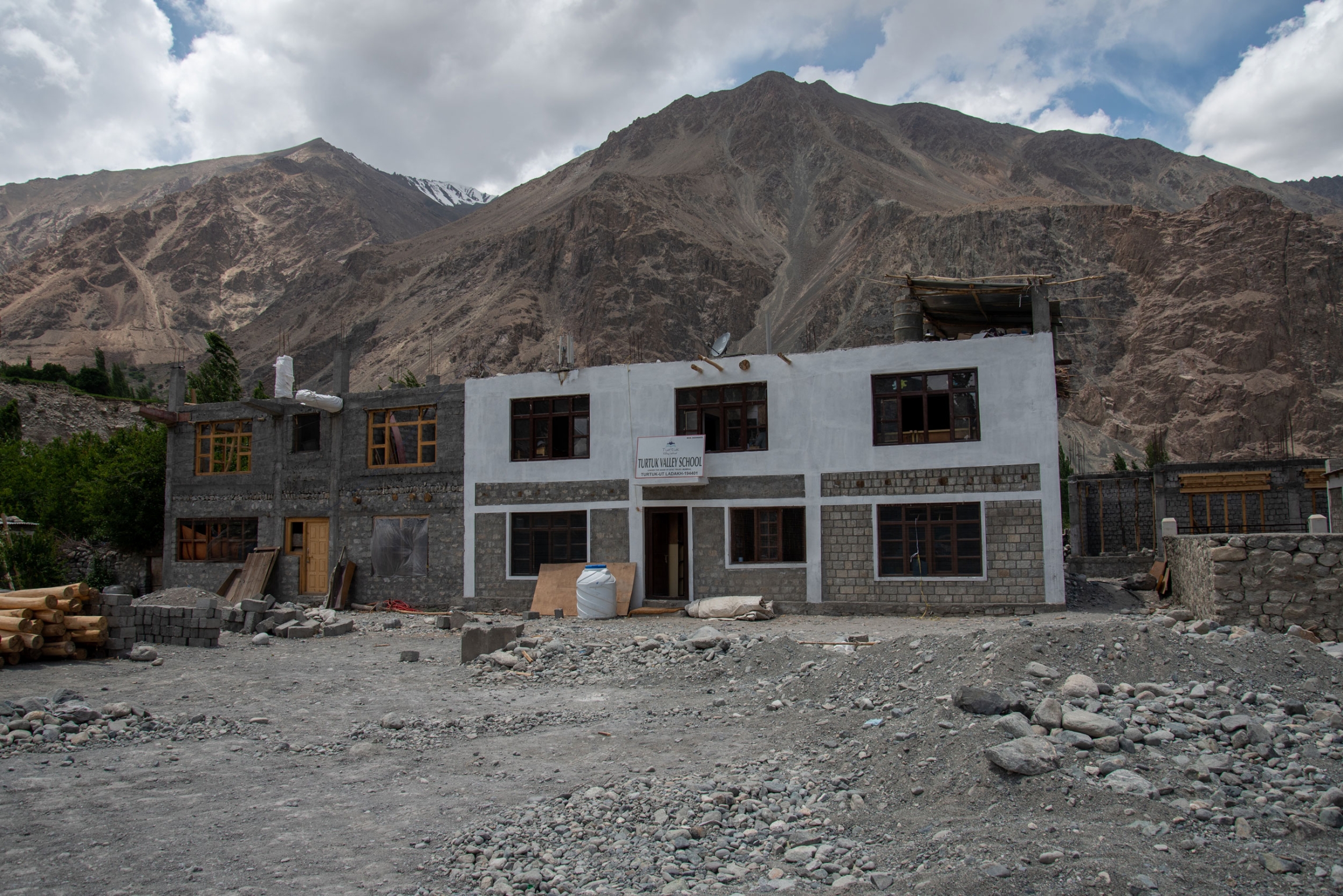 Turtuk Valley School was established in 2020.

“The backbone of the school are volunteers. Everybody comes from different walks of life, so, they come and share their experiences, how their schooling was; that way, the kids get to know a lot more, what is out of the village,” Shah said.

Volunteer Yash Raj, 22, is a data scientist who now interacts typically with students in a few different grades.

“I actually volunteered for mathematics, but I am doubling up as a science teacher as well as an English teacher for second grade. So, I now teach second, fifth and sixth grade,” Raj said.

Raj, who is between jobs, wanted to put his free time to good use. He took a flight from Delhi to the city of Leh, and then drove about 124 miles through one of highest motorable roads in the world, to reach the confluence of the Himalayan and Karakoram range, where Turtuk is located.

“It is difficult to get here. We cannot ignore this fact, and there is a scarcity of proper educators here. So, if I get to be a part of something like this, I would be happy to do that.” 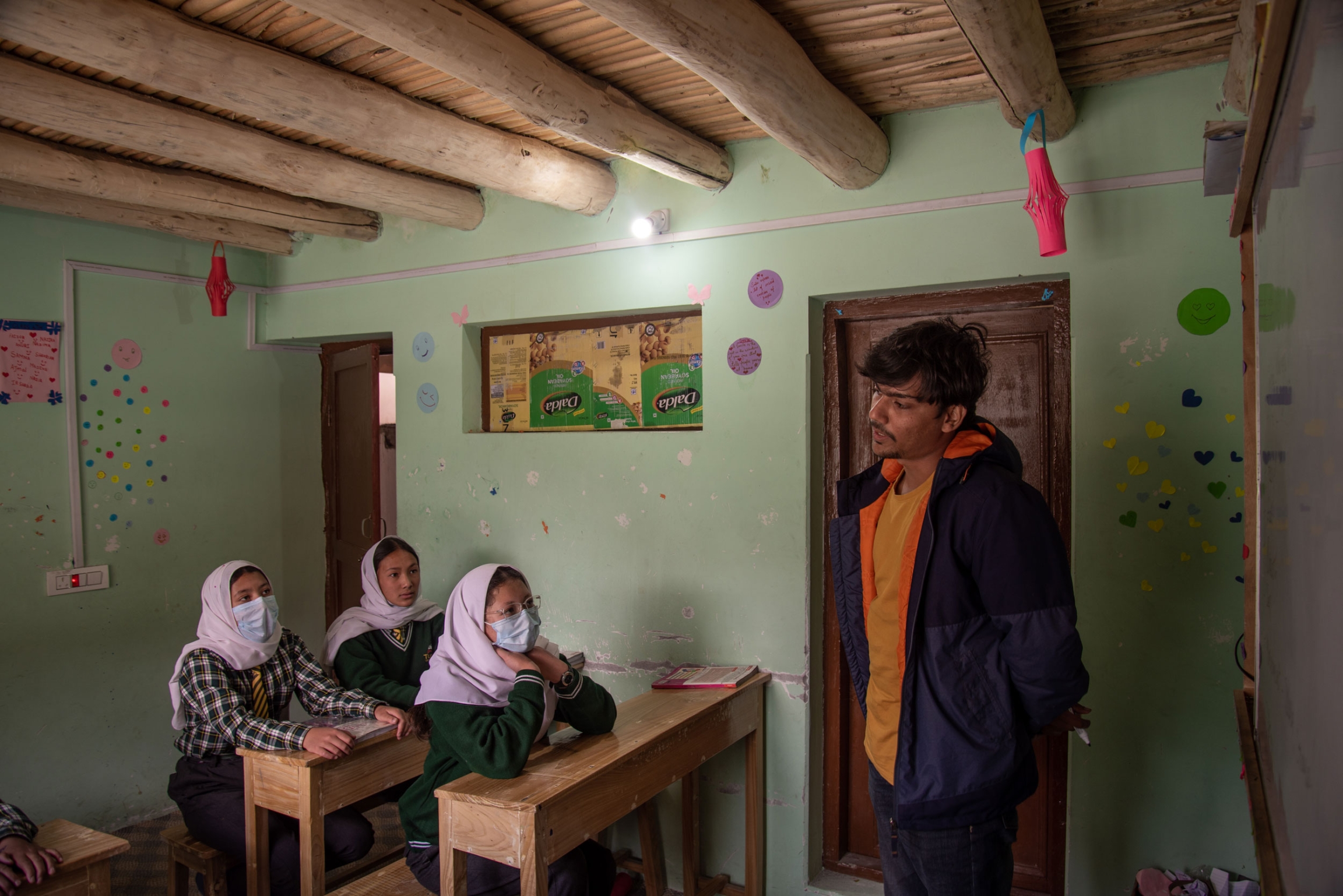 Rajshree Doshi, with Teach for India, a nongovernmental organization founded in 2009, said that young professionals have increasingly volunteered in the education sector over the last decade.

“The generation that came 15 years back realized the value of education; either they got that superb education or they did not get it and realized its value,” Doshi said.

Teach for India supports young people who want to work in underserved schools across the country. Although not all the people who volunteer as teachers make a career shift and enter the education sector, many find it to be a profound experience and take a leap further, Doshi said.