In Thailand, posting a selfie with a beer is a potential crime

Under a sporadically enforced law in Thailand, it is risky to say anything flattering about alcohol on social media. You can’t hold up a bottle of bourbon in a selfie and grin. Or show off a pint glass with a Heineken logo.

A man drinks beer at a restaurant in Hanoi, July 20, 2009. In smaller markets in Southeast Asia such as Singapore, Thailand and Vietnam, drinking beer is becoming a popular pastime due to rising disposable income and relatively young populations who are embracing the party scene.

It was the sort of letter no one wants to receive: a government summons, alleging an offense against public morality.

The recipient was Niks Anuman-Rajadhon, a bar owner in Bangkok.

“They were basically asking me to come in for interrogation,” he said.

So, he obeyed, agreeing to meet with a panel of bureaucrats on the assigned date. His crime? They told him he’d been inducing people to drink alcohol online.

This was hard to dispute. Niks owns two cocktail bars and an import business called Vice Versa that specializes in boutique gin. Inducing people to drink is his job. His companies talk about their wares on Instagram and Facebook, as you do in 2020.

Pressing the officials for specifics, they told him: “you’ve been saying your alcohol, your gin, is ‘renowned,’” Niks said. “And that means you’re telling everyone how good your products are.’ They hate this.”

In Thailand, under a sporadically enforced law, it is risky to say anything flattering about alcohol on social media. You can’t hold up a bottle of bourbon in a selfie, and grin. Or show off a pint glass with a Heineken logo.

Related: They were CIA-backed Chinese rebels. Now you’re invited to their once-secret hideaway.

All of that runs afoul of a very vague crime: “Encouraging people to drink.”

“It’s quite universal, isn’t it? To have a beer, and post a photo, and invite your friends to come have a drink with you? That shouldn’t be illegal. We’re not selling drugs over here.”

“It’s quite universal, isn’t it? To have a beer, and post a photo, and invite your friends to come have a drink with you?” Niks said. “That shouldn’t be illegal. We’re not selling drugs over here.”

To many around the world, the word “Thailand” invokes a freewheeling place where you can down cocktails in the sand or indulge in a wild, neon-lit bar crawl. It can be that sort of place, especially for travelers.

But few tourists realize that there is a countervailing force in government that seeks to tone down boozy fun.

This faction has notched some major wins lately, thanks in large part to the coronavirus pandemic. Thailand recently joined South Africa, as well as parts of Greenland and India, in temporarily banning alcohol. The crackdowns were meant to keep everyone healthy and alert.

In Thailand, starting in April, bars were shuttered and 7-Eleven shops taped off their beer shelves. Teenagers caught boozing by the roadside were fined. The prohibition only lasted about three weeks, though conservatives pushed for more than 50 days. (The overall ban has been lifted, although bars and nightclubs must remain closed.)

This seems to have emboldened the anti-drinking faction, embodied in an agency called the Thai Health Promotion Foundation. It’s perhaps best known for using alcohol taxes to finance guilt-inducing videos.

In one fairly typical ad, a man — red-faced and wasted — pressures a passerby to drink during a period called Vassa or “Buddhist Lent.” This is a time when Buddhists are meant to forsake all vice.

The drunken man cries out that drinking is “not a sin!” as his skin begins to sizzle and he is plunged into a Buddhist conception of fiery hell. 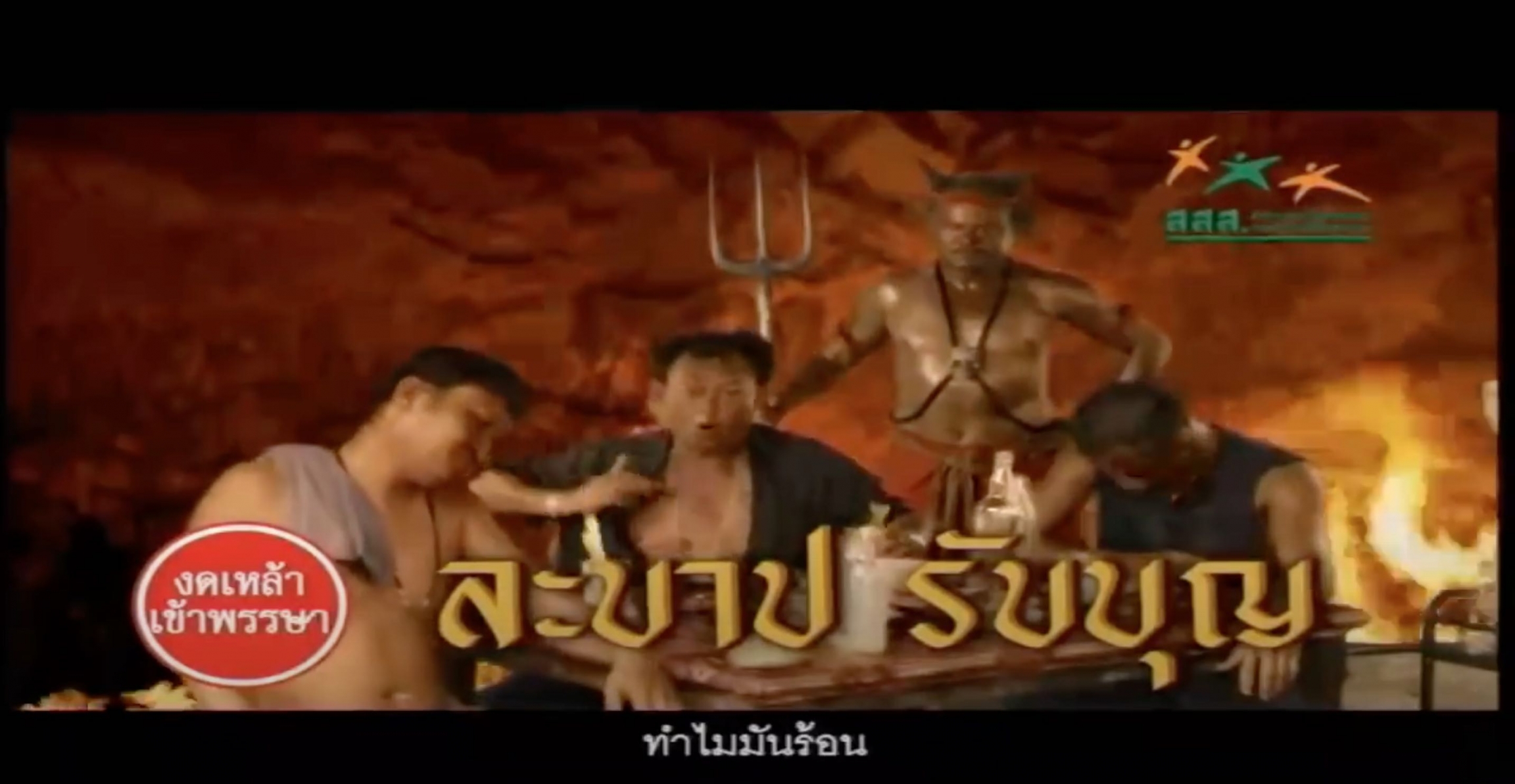 In recent weeks, riding high on their brief-but-successful prohibition, the anti-alcohol set has summoned hundreds of people for inducing the public to drink on social media. These crackdowns tend to come in bursts, levying fines on bar owners, beer importers and celebrities. (A petition condemning the law has racked up nearly 5,000 signatures.)

First-time offenders are typically fined the equivalent of $1,600. But a repeat offender can potentially face fines of $15,000 and even one year in prison.

A single word can trigger a summons.

Related: Your ‘recycled’ laptop may end up in an illegal Asian scrapyard

Another person charged under the same law — Chen Leu-Shyue, managing director of a craft beer importer called Beervana — was hit for using the word “refreshing” to describe beer on social media.

Chen was startled to learn the nature of his offense. If a beer distributor can’t claim his products are refreshing on Instagram, what else can he say?

“When we tried to ask why that was wrong, we were kind of shut down. From their perspective, anything we’re trying to do is considered illegal.”

“When we tried to ask why that was wrong, we were kind of shut down,” he said. “From their perspective, anything we’re trying to do is considered illegal.”

“It’s getting to the point where people have to demand freedom of speech,” Chen said. “It’s a personal right for people to talk about things they like. So, why is alcohol considered not OK?”

So far, Thailand’s alcohol control board hasn’t targeted everyday drinkers — mostly models, singers and those immersed in the alcohol trade. But there’s nothing stopping officials from hitting a regular person with a huge fine just for posting a selfie with a bottle of beer. That seems unlikely — and charging a random tourist is even more improbable.

But Thailand is one of the most touristed places in Asia and every day (before the pandemic, at least) some uncountable number of travelers in Thailand post selfies with drinks in hand, oblivious that they are flouting the law.

For now, Niks said, the alcohol board’s agenda remains “so unclear. Anyone can get fined … and they can abuse this law so easily.”