Race car driver and instructor Bob Bondurant died at the age of 88 on Sunday. In addition to teaching Hollywood celebrities, he also taught tactical driving to security teams. Anthony Ricci, who runs Advanced Driving and Security, Inc., took The World's host Marco Werman into the world of tactical driving and how it's used to protect important people.

Ronnie Bucknum of the US, driving Honda #12, leads Joakim Bonnier of Sweden, in a Bragham-Climax #15, and Bob Bondurant of the US, during the running of the US Grand Prix at Watkins Glen, New York, Oct. 3, 1965.

Legendary race car driver and driving instructor Bob Bondurant died on Sunday at the age of 88.

Bondurant decided many years ago to become a driving instructor after crashing his car and flipping it eight times and breaking some bones in the process. 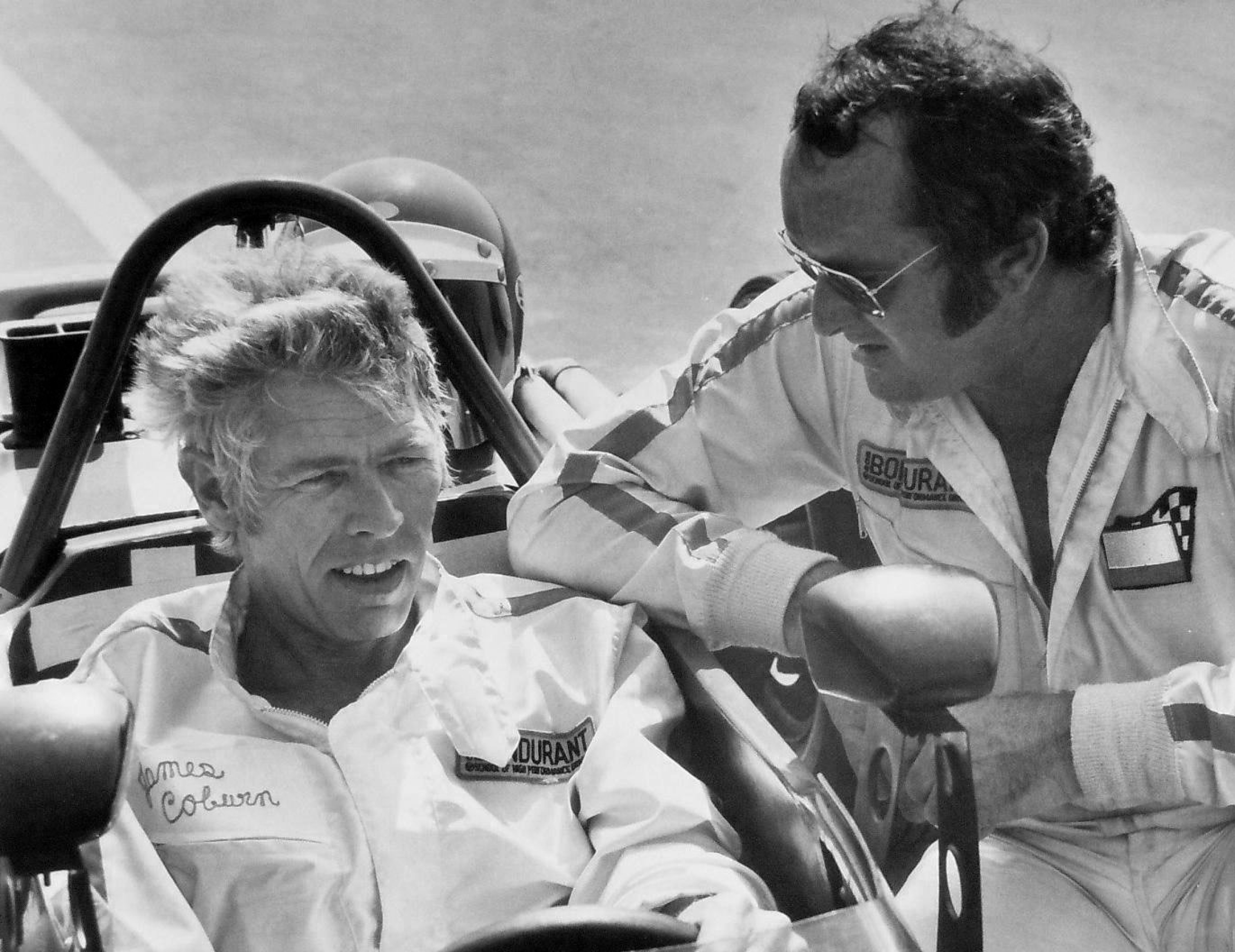 What's less known is that Bondurant also taught tactical driving to security teams for heads of state from around the world.

The World reached out to Bondurant's former tactical driving school — but they were unable to disclose any details.

Related: Saying goodbye to the man who built his very own Formula One race car, and drove it to victory

Anthony Ricci, who runs Advanced Driving and Security, Inc. teaches drivers the tactical skills needed to protect the important people they drive, such as heads of state and chief executive officers.

Ricci says their school has trained drivers as far as the Slovak Republic to Colombia and Saudi Arabia.

The World's host Marco Werman spoke with Ricci to discuss what such driving entails.

Marco Werman: When those countries — those executives of state — come to you, what are they looking for? What are their drivers looking for?Anthony Ricci: A primary focus is they're there protecting a principal. And that principal is worth a large amount of money. If a CEO [chief executive officer] or a head of state anywhere was kidnaped or captured, it's a huge ramification of what can happen in the world, whether it be the stock market or decision making for a country [that] changes.Anthony, what are some of the important but maybe kind of wild maneuvers you teach drivers? I mean, if we're talking heads of state, are we talking evasive maneuvers? Do you teach them how to do a 180 in a limousine?Nowadays, you're using an Audi, you're using a nice large car, but nothing like a limousine. But as far as the maneuvers go, absolutely. We love to talk about glitz and glamor and what we see on TV, but the real world, unfortunately, if you're going to back up and spin a car or go for maybe the old Rockford file turn, when you have to really think about, "Where am I going? If someone's chasing me, I spin that car, they're just going to box me in." If there's a barricade in front people, I don't know, bad guys with guns, and there they are in front of you and you spin the car, well, are you putting yourself at risk? "Could I have gone around it just as quickly?" But, quite honestly, I teach it so my drivers know how to take the car out of control and bring it back under control, and they understand the fine motor skills that it takes to actually make that maneuver. This is what we teach —  safe driver training. So, if you can avoid a crash, you can avoid an ambush. It's the same thing.Well, I was really intrigued by what you said earlier about being a good driver. I'm guessing you have used some of these skills.One time I was driving a certain exercise and the guy said, "Wow, you've done this so much, you could do it blindfolded." This is crazy. People listening to this are going to say, "Well, this guy is really out of his mind." But we do a … drill, and I started to close my eyes on the first cone and negotiate through this  … and get out of it, open my eyes, and I asked, "How'd I do?" And people like you made it. And I think, "holy crap."Anthony, have any of your drivers ever called you up and told you about how they use skills you taught them to protect themselves or someone they work for?Yeah, I've had teams that go into Mexico. You know, there was a team coming back and they had a big-scare moment where a group of guys, maybe five or six guys on the side of the road came up with guns and started shooting, right as they passed by. So, as they're going by, these guys rise up and they said we had a pucker moment. We thought we were gonners. And we just floored it, and got out of there.You know, I first heard about Bob Bondurant in the 1970s. What will be his legacy and this, kind of, arcane field of driver security? I mean, what kind of knowledge did he leave you?You know, he was a leader in the industry. I personally didn't know him. I read his book. I used his materials more for the racetrack than security training, to be quite honest with you. He will surely be missed. He's trained hundreds of thousands of people. It's a huge loss for the industry.