Human touch is essential. How are people coping with ‘skin hunger’? 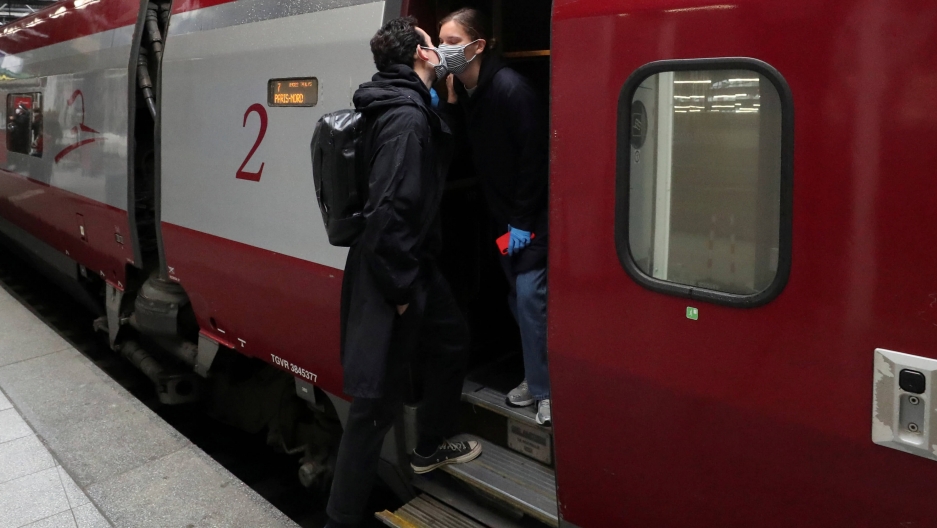 Henri de Chassey, wearing a protective face mask, kisses his partner Margaux Rebois — who is returning to Paris on a Thalys high-speed train after spending two months in Brussels — at Midi/Zuid station on the first day of the easing of lockdown measures during the outbreak of the coronavirus disease (COVID-19), in Brussels, Belgium, May 4, 2020.

So many rules about preventing the spread of the coronavirus warn against touching other people. For the last two months, grandparents have been advised against holding their grandchildren while sick patients cannot grasp a relative’s hand.

What kind of effect does this lack of human touch have on people?

Amanda Whitlock, 39, a photo editor in Chicago, describes herself as a natural introvert. She lives on her own, with her cat Mr. B, and a newly adopted kitten and says she’s usually very content in her own company. Whitlock went into a self-imposed lockdown in early March and hasn’t had any physical contact with another person since. She says it’s all starting to get to her.

“I’m someone that has anxiety anyway. The last few days, I think it’s really been pretty heavy on me. You know, it would be nice to be able to go out and hang out with someone and hold their hand. You know, something as simple as that,” she said.

There’s a good reason why Whitlock’s anxiety is on the rise. Studies show physical contact with other people reduces feelings of stress. British evolutionary psychologist and professor Robin Dunbar says it can all be traced back to our monkey ancestry. Grooming each other’s fur is how apes build friendships. Humans have substituted that grooming with stroking and cuddling, he says and that act of physical touch has a profound effect on our health.

Related: Mourning in the midst of a pandemic

“Not only does [touch] build friendships directly and indirectly, but those friendships have a dramatic effect on your well-being, your general health, your ability to recover from illnesses and even your longevity.”

“Not only does it build friendships directly and indirectly, but those friendships have a dramatic effect on your well-being, your general health, your ability to recover from illnesses and even your longevity.”

It’s too early to tell whether the absence of human touch during the pandemic will have long-term consequences. Some groups are particularly vulnerable, like older people living alone, Dunbar says. Playwright Eve Ensler, who now goes by the name V, is worried about how the virus is changing the way we view our bodies. She fears that people are linking human touch with illness.

The pandemic reminds V of the 1980s when the AIDS virus first became known. Fear of contracting HIV changed attitudes toward sex, and she worries the coronavirus will alter our behavior, too. 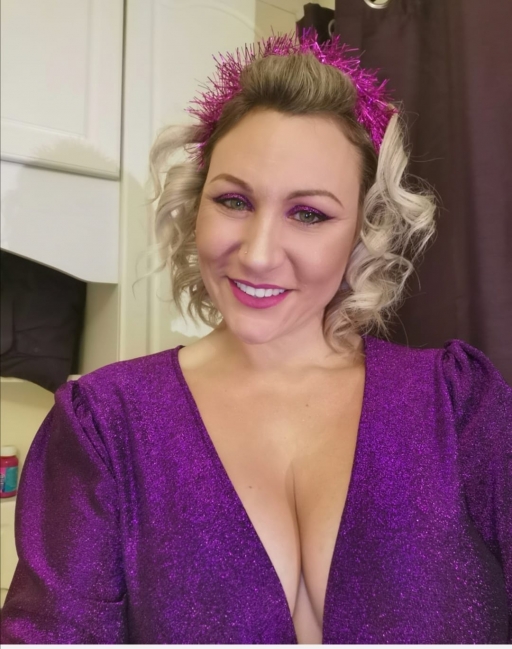 Charlotte Rose is an advocate for sex workers and a former sex worker in Britain.

Sexual intimacy is off the table for many people right now. But for some in the sex industry, it’s business as usual. Charlotte Rose, an advocate for sex workers in Britain, says many in the industry are still working because they’re not entitled to government support.

“There is a large percentage that are still working because they can’t claim benefits. A lot of sex workers — especially migrant sex workers — aren’t eligible either. So, unfortunately, people are still offering skin-on-skin contact.

Rose used to work in the industry and many of her clients had disabilities. She says for them, it was often not just about sex, but about simple physical contact with another person.

“For probably about 90% of my clients, it wasn’t even about the intercourse side of it, it was just skin-on-skin contact. I mean, I was predominantly seeing people with disabilities. And, you know, they’re already a very marginalized and vulnerable group, and they’re the ones that are suffering incredibly at this particular time,” she said.

Rose has maintained contact with some of those clients and says a number of them are really struggling with social isolation right now.

Related: Many people aren’t putting love on hold during COVID-19

Sports and remedial massage therapist Ruth McKinnon knows the importance of human touch in her work, too. Originally from Toronto, McKinnon moved to London in 2017 and began working as a registered massage therapist in the city’s financial district.

While many of her clients had physical injuries, McKinnon says there’s no question that stress is what brought a lot of people to her clinic. A massage fires up the dopamine in the brain, helping you to relax and ultimately sleep better, she says. But McKinnon hasn’t been able to work since mid-March when the British government announced that all clinics must close because of the pandemic.

McKinnon says she’s feeling the effect of the lack of physical contact, too.

“Even for myself, not having that regular touch with lots of different people is hard. My husband has noticed an increased amount of touching that I’m doing with him. It’s so vital,” she said.

McKinnon has no idea when her clinic will open again, but is hopeful she will be able to get back to work soon even if it means wearing protective clothing.

In the meantime, it’s not all gloom. There are some things you can do to ease the “skin hunger” you may be feeling. Professor Dunbar says connecting with someone over Skype or Zoom doesn’t compare to a good hug — but it helps. He jokes that it’s probably why we have these “enormous great white eyeballs.”

“There’s something about being able to stare into the whites of other people’s eyes that seems to be really important in creating that sense of intimacy. On Skype, you stare into the eyeballs and you can see the smile breaking on their face before you even finish the punchline of the joke you’re telling them,” he said.

In Chicago, Whitlock has been FaceTiming a man she met through a mutual friend. They haven’t been on a real-life date yet. This week, they’re planning to act out Shakespeare’s “The Tempest” together — on FaceTime. But Whitlock says she longs for the day they can meet in person.

“I would love to be able to text him and be like, ‘Hey, let’s meet up.’ Or, you know, since we can’t really go anywhere, let’s find a safe way in one of our places to meet. That would be awesome,” she said.

But Whitlock says she doesn’t think it’s going to happen anytime soon. For now, it’s just Mr. B and SP, her two cats that are keeping her company.

“I think that if I didn’t have my pets — they’re my family. If I didn’t have them, I would definitely be climbing the walls right now for some human contact.”