class=”MuiTypography-root-134 MuiTypography-h1-139″>'How long will this continue?': People in Istanbul see their rents double as inflation soars

This summer, Turkish inflation reached levels not seen since the 1990s, and nowhere is it more clear than the rental market. Tenants are seeing their rents double, or even triple, in just one year.

Pedestrians in Istanbul's central neighborhood of Beşiktaş. Average rents in the area have more than doubled in the past year.

Hayrettin Kaplan's favorite spot in his apartment in Istanbul’s central Beşiktaş neighborhood is an alcove on the top floor.

There, Kaplan can sit in a cozy chair and look out on the trees and the gabled roofs, along with the sparkling waters of the Bosphorus Strait.

“I put a television there. I go up and sit and I really love it,” he said.

Kaplan, who raised four children there, is worried that he may have to leave the only place he has called home for 50 years. Two months ago, his landlord demanded a threefold rent increase, and he has no idea how he's going to come up with the money.

This summer, Turkish inflation reached levels not seen since the 1990s, and nowhere is it more clear than in the rental market. Tenants are seeing their rents double, or even triple, in just one year.

In an effort to prevent mass evictions, the government has put a temporary ban on landlords raising rents more than 25% per year until July of next year, but few appear to be following the rule, according to renters, real estate agents and others.

“No one is following the 25% rule,” said real estate agent Hüseyin Daşçı. “I’m a renter myself, and my rent went up 40%. And who would say anything?”

The 25% rule only applies while renewing a lease, and there appear to be few penalties unless a tenant decides to go to court.

Landlords can almost always make more money if they find a way to force out an existing tenant and get a new one — which drives up prices even more. 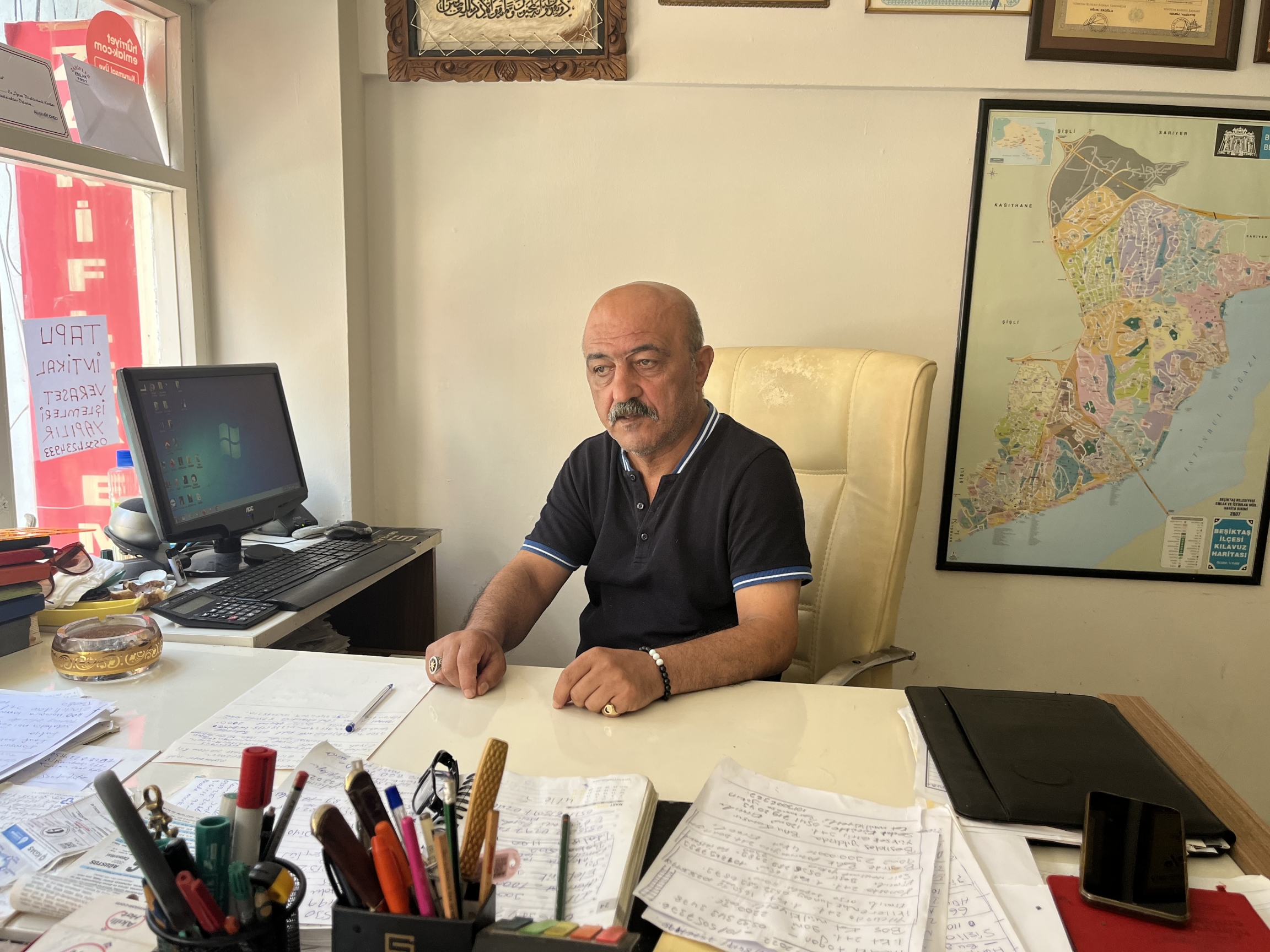 Real estate agent Hüseyin Daşçı sits in his office in the central Istanbul neighborhood of Beşiktaş. Though he used to rent apartments to middle-income Turkish families and university students, he's found that most of his old clients have been priced out of the neighborhood.

Pasted to the window of Daşcı’s office are apartment listings in the Beşiktaş neighborhood, which has seen some of the most dramatic increases in Istanbul. Two-bedroom apartments regularly go for 10,000 Turkish liras a month, 12,000 if they're furnished. It works out to be between $550-$670.

The prices are two or three times what these same apartments would have cost two years ago, Daşçı says.

But many have been priced out, anyway.

Daşçı used to see families and students on these streets, he said. Now it’s just tourists in short-term rentals, and empty properties bought for investments. And he says it saddens him.

“The locals have left,” Daşçı said.

This month, Turkish inflation of consumer prices reached new highs of nearly 80%, according to official statistics — many independent economists believe the number is even higher.

The situation is compounded by the Turkish government’s refusal to increase interest rates to cool the markets, according to Demiralp.

As the Turkish lira loses value, people don’t have anywhere safe to put their money, Demiralp added. So, they turn to tangible investments, like durable goods or real estate, which increases consumer demand.

On top of that, people who left Istanbul during the pandemic are now moving back. Turkey also gives citizenship to people who buy property here, and foreign demand for real estate is on the rise.

“As the housing market gets tight, it’s reflected in the rent, because the landlords, observing the values of their houses [going] up, are going to charge higher rent,” Demiralp said.

Trying to use price caps to control these prices doesn’t work if they’re not enforced, Demiralp said.

On a nearby hillside named Maçka Park, after the Turkish word for “democracy,” a young couple sat with their baby.

Sevda and her husband Serkan said their landlord followed the law this year, but that they’ve heard horror stories from their friends whose rent doubled. The couple asked not to share their full names because of Turkey’s laws against publicly criticizing the government.

“I think some people are trying to make it like an opportunity to raise the prices,” Sevda said.

The law lasts for one year, Serkan pointed out. It’s set to expire the month after Turkey’s next presidential election in June 2023. Maybe politicians are just buying time, he suggested.

“Trying to put a limit is not the solution. It’s just a temporary solution,” Serkan said. “How long this will continue, that’s the question, actually.”