ISIS took responsibility for the attack — the latest example of their systematic targeting of Hazaras in recent years.

Hazara men protest and refuse to bury the dead bodies till the prime minister Imran Khan came to visit the victims and their families.

In the early hours of Jan. 3, gunmen ambushed a group of miners as they slept in their shared living space near a coal mine in the town of Machh, in southwestern Pakistan.

The attackers separated those who belonged to an ethnic group called Hazaras, blindfolded them, tied their hands behind their backs and brutally killed them. They recorded it all on video.

That’s how witnesses, local security officials and activists described the atrocities that took place in Machh earlier this month. The news shocked many far and wide. It was yet another reminder of how Sunni extremists — in this case, ISIS — continue to systematically target mostly Shiite Hazara people. 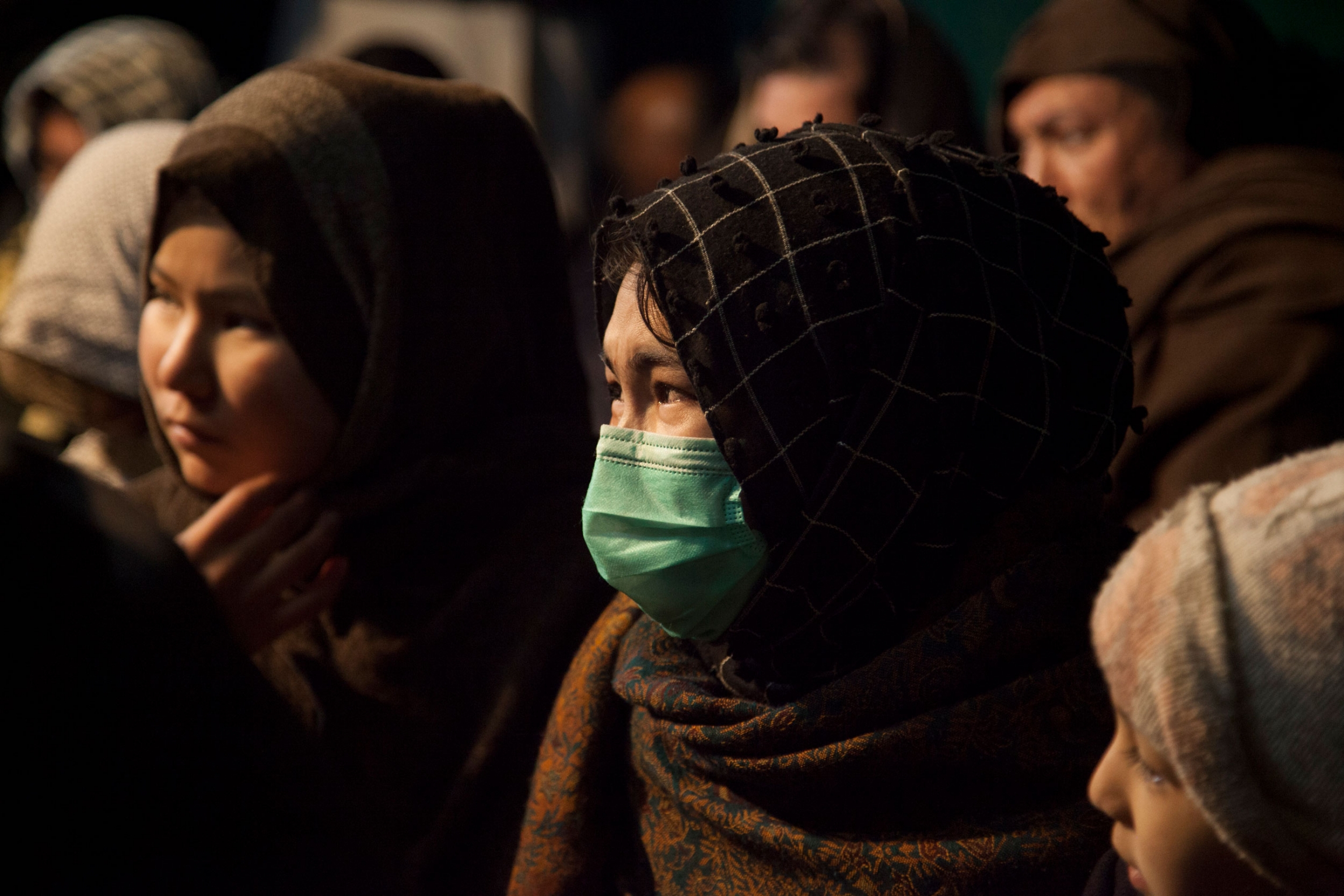 Masooma Hazara mourns the killing of five of her family members on the 5th night of the sit-in near Hazara Town in Quetta, Pakistan.

Hazaras are an ethnic group native to Afghanistan who have survived genocidal campaigns, slavery and land dispossession since the 1800s, according to Derakhshan Qurban-Ali, a Hazara Canadian human rights advocate and a law graduate from McGill University.

Years of mass atrocities, persecution and discrimination have forced many of them to seek refuge in neighboring countries such as Pakistan and Iran. There are Hazara diaspora communities in other parts of the world as well.

In Quetta, outraged and grief-stricken families staged a sit-in that went on for days. They laid down the coffins in the middle of the road and refused to bury their dead — despite the explicit requirement in Islam that they do so as soon as possible.

Sajjad Hussain Changezi, a 34-year-old activist from the Hazara community in Pakistan, said this was the highest form of protest — a way to get Prime Minister Imran Khan’s attention. The families had a list of demands, including that the prime minister visit them in person and promise to do everything in his power to bring the perpetrators to justice.

“For six consecutive days, other officials like the chief minister and others kept coming to them but they refused to end their protest,” Changezi, who studied global studies at The University of North Carolina at Chapel Hill, told The World in a WhatsApp call from Quetta.

When Khan did speak, he made matters worse, he said.

“We have accepted all of their demands,” Khan said in a public speech. “[But] one of their demands is that the dead will be buried when the premier visits. I have sent them a message that when all of your demands have been accepted […] you don’t blackmail the prime minister of any country like this.”

The families were furious.

“No leader in any civilized nation should ever talk to the bereaved families in such a tone.”

“No leader in any civilized nation should ever talk to the bereaved families in such a tone,” Changezi said.

In response, Changezi and a group of others went on a hunger strike.

A long history of persecution

As the news about the miners spread, protests spread to several other cities across the country.

“The whole country is in mourning,” she said on Twitter.

UN Secretary-General António Guterres called for the Pakistani authorities “to do everything possible to bring the perpetrators of this terrorist act to justice.”

This isn’t the first time the Hazara community has come under attack in Pakistan.

For years, they have been killed at markets, sports clubs and mosques. Sunni extremist groups such as ISIS and the outlawed Lashkar-e-Jhangvi have taken responsibility for the bloodshed, past and present.

Meanwhile, the Pakistani government’s response has been to secure the Hazara neighborhoods in Quetta, Changezi explained, adding that there are armed guards at every entrance point. Residents can’t leave without prior security arrangements. Many have simply given up on going out altogether, he said.

“We have lost employment opportunities, we’ve lost on the educational front, we’ve lost on the business front, the community’s mobility has been compromised immensely,” he said. “I have long been arguing that this could be a temporary solution to protect the community from outside attacks but in the longer term, this will create more alienation, more discrimination, more division within Balochistan and Quetta’s diverse communities.”

Not to mention that the attacks haven’t stopped.

In an interview with The World, Fernand de Varennes, UN special rapporteur on minority issues, said he didn’t know the exact details of the situation in Pakistan but that he found the policies questionable.

“Essentially, what you need to do is provide a safe and inclusive environment for all. And you do not just try to isolate completely a group from the rest of the society because in a way, that is conceding that those who are committing atrocities can continue to live normal lives whereas the victims cannot.”

“Essentially, what you need to do is provide a safe and inclusive environment for all. And you do not just try to isolate completely a group from the rest of the society because in a way, that is conceding that those who are committing atrocities can continue to live normal lives whereas the victims cannot,” he said.

Killed ‘because they are Hazara’

Among the miners killed earlier this month were young men who had come to Pakistan from Afghanistan in search of work.

In Afghanistan, too, Hazaras have long been persecuted, said Qurban-Ali, the Hazara Canadian human rights advocate.

More recently, the Taliban and ISIS have been behind the attacks.

“The reason Hazaras are being killed and targeted and massacred in Afghanistan and in Pakistan is because they are Hazara. This persecution is wholly based on their identity.”

“The reason Hazaras are being killed and targeted and massacred in Afghanistan and in Pakistan is because they are Hazara. This persecution is wholly based on their identity,” Qurban-Ali said.

Qurban-Ali, a representative for the Canadian Hazara Humanitarian Services, added that the persecution of Hazaras is not widely recognized and acknowledged outside the communities. This poses a major problem for many Hazara refugees who are denied refugee protection abroad and often get deported back to places they fled. 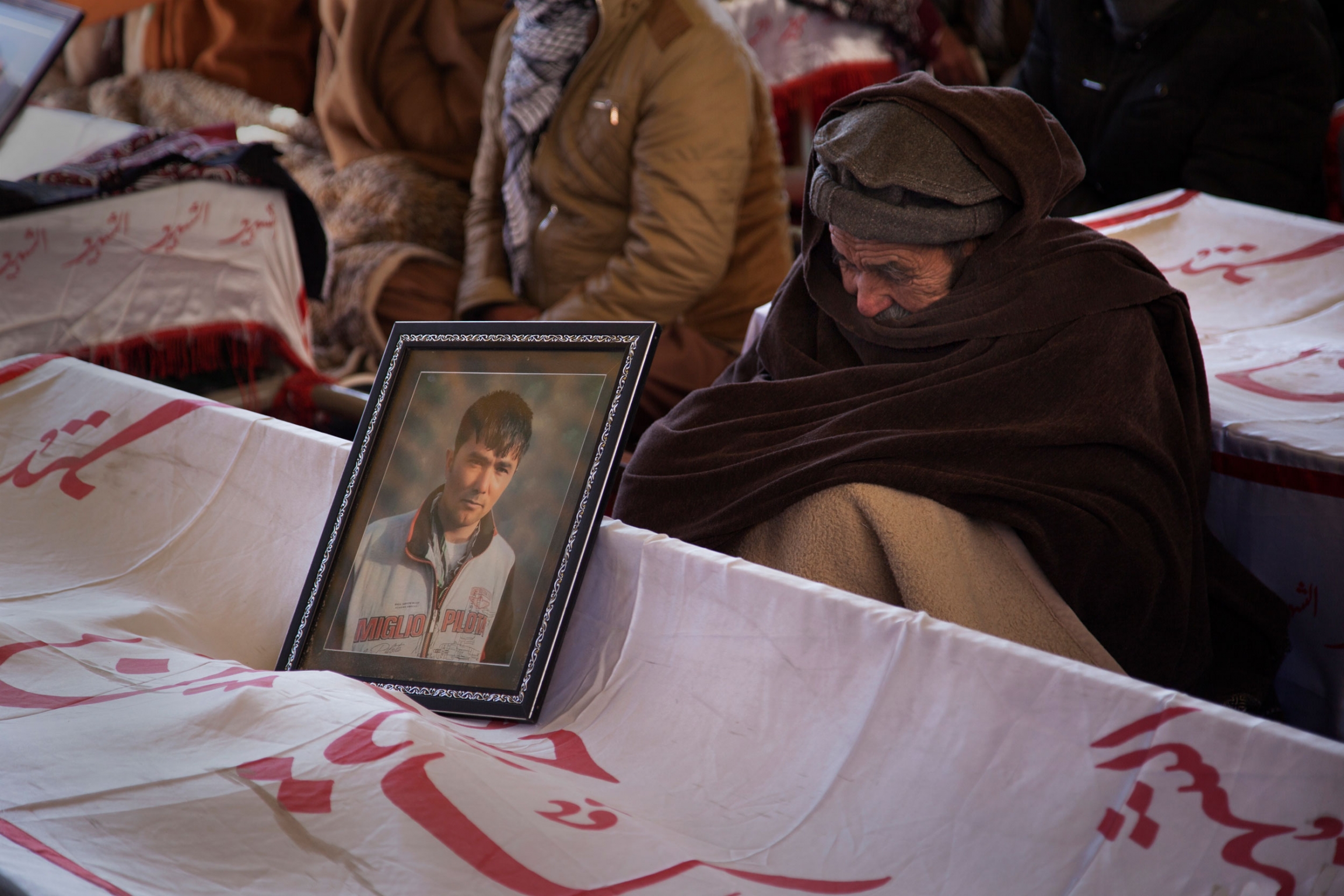 The uncle of Sadiq Hazara sits next to his dead body on the 6th day of sit-in staged by the Hazara Community of Quetta, Paskistan.

But that is slowly starting to change.

“I think before, there was widespread awareness within Hazaras of our own persecution. It is something that I think people felt powerless to change in the past. But today, I think people are more and more realizing their power to change through raising awareness and connecting with one another.”

A few days after the sit-ins and hunger strikes in Quetta, Prime Minister Khan eventually visited the families in person. He promised better security and compensation.

Changezi, the activist in Quetta, doesn’t think these promises will end attacks on the Hazaras in Pakistan.

“It’s a sorry and really sad state of affairs that the basic, essential definition of peace for the Hazara community has been the period between two attacks on them.”

“It’s a sorry and really sad state of affairs that the basic, essential definition of peace for the Hazara community has been the period between two attacks on them,” he said.

Activists like Qurban-Ali hope more people learn about the plight of the Hazara people.

Admittedly, she said, there is a lot going on in the world right now — the pandemic, political crisis in the US and climate change. But for anyone who wants to help, she says, she has tips: Step one: Educate yourself and your community. Step two: Understand the skills or resources you can offer and connect with others working on the issue. Step three: Start at home, support refugees in your area, and write to your local representatives.

After all, she added, “it’s 2021, and it’s not OK for anyone to be killed because of their ethnicity or what they believe in.”