Former US ambassador: Israel would be 'making itself an international outlaw' with West Bank annexation 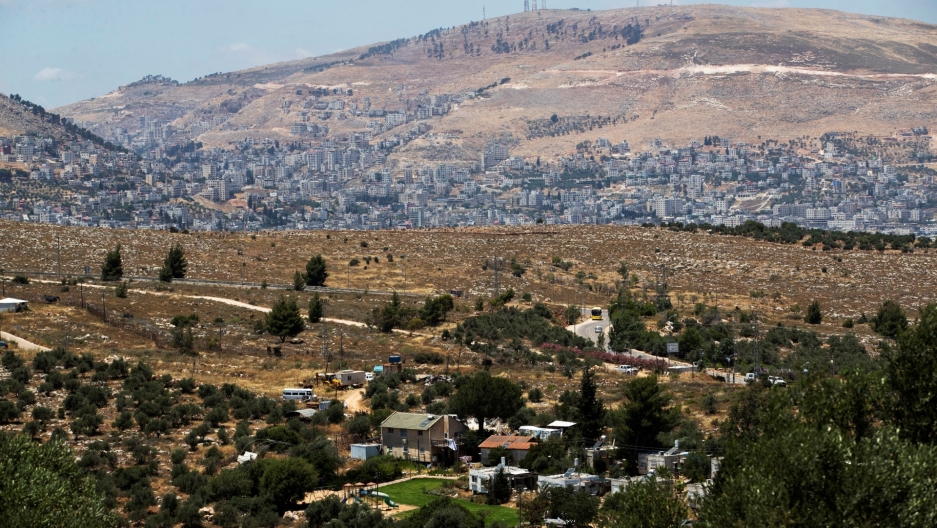 A general view picture shows a section of Itamar, a Jewish settlement, in the foreground as Nablus is seen in the background, in the Israeli-occupied West Bank June 15, 2020.

Israel continues to push forward with plans to annex parts of the occupied West Bank.

Israel has occupied the territory on the west bank of the River Jordan since 1967. Decades of talks between Israelis and Palestinians have left the territory’s status unresolved.

The annexation process could start as soon as next week, despite widespread condemnation from Palestinians, US-Arab allies and numerous foreign governments. But the Israeli government’s plan is bolstered by the Trump Administration’s peace plan released earlier this year, which indicates that the United States would be supportive of annexation.

At a UN Security Council meeting Wednesday, Secretary-General António Guterres called on Israel to abandon its plans, calling this “a watershed moment.”

“If implemented, annexation would constitute a most serious violation of international law, grievously harm the prospect of a two-state solution and undercut the possibilities of a renewal of negotiations,” said Guterres.

Martin Indyk, former US ambassador to Israel and US special envoy for Israeli-Palestinian negotiations, is currently a distinguished fellow at the Council on Foreign Relations. He spoke with The World to discuss the urgency behind Israel’s push for annexation.

Martin Indyk: Starting on July 1, according to the government agreement that he signed with his partner, alternate prime minister Benny Gantz, he can bring to the cabinet a decision on annexation. [He] doesn’t have to do it on July 1, but that opens the door to him doing it. Under the Trump plan, Israel would be able to annex 30% of the West Bank, which would include all of the Israeli settlements and the Jordan Valley. That has never been proposed in any peace plan up till now.

The territory that Israel intends to annex is mainly in areas with Jewish settlements. But these areas also include Palestinian populations, so what would be their legal status?

It’s unclear. It hasn’t been specified as to what would happen to them. If he does the full annexation, then he would absorb something like 10,000 Palestinians who would be in those areas. There’s talk about him doing a partial annexation, which could be all of the 131 settlements, but not the Jordan Valley.

Why now? What’s the rush?

The rush is determined by the fact that there’s an election in the United States. And if Israel goes ahead, Trump has indicated that he would recognize that annexation. The fear is that Trump will no longer be president after November and [former] Vice President [Joe] Biden [the presumptive Democratic presidential candidate] has already made it clear that not only would he not recognize it, but he might well withdraw the recognition.

If Israel does end up going ahead with its annexation, what would be the international response?

Well, we’ve already heard from some European states, in particular British, French and Germans, that there will be consequences. They’re not saying sanctions, but they are indicating that there will be consequences. The international community could, of course, try to pass resolutions in the Security Council. But as long as the United States is opposed to that, it would exercise its veto and protect Israel. It could go to the UN General Assembly, that’s a much more difficult process. Overall, though, Israel will be in effect, making itself an international outlaw.

When you scrape away all the diplomacy, what is the American interest here? I mean, US Secretary of State Mike Pompeo said yesterday it was up to Israel to decide, even though it was the Trump plan that set things in motion. Why should this matter to Americans?

Secretary of State Pompeo’s statement is, I think, a trick designed to suggest that the onus is on Israel when this wouldn’t be happening if the United States wasn’t prepared to green light it, and indeed under the agreement between Netanyahu and Gantz, they can’t go ahead unless the United States green lights it. So it will very much be a Trump decision, not just an Israeli decision. Donald Trump is doing Israel no favor by encouraging it to go down this path, the path of annexation rather than separation from the Palestinians.

You were deeply involved in pursuing the two-state solution and keeping it alive personally. How would you feel about annexation and essentially the end of the two state solution?

After the last negotiations that I was responsible for under President [Barack] Obama, I could say that there was no way that a two-state solution is going to come about in my lifetime. So I’ve kind of come to terms with that. But I have felt very strongly that it’s important, as I say, for Israel’s future, that the option of a two-state solution be kept alive. For me, that is not just a sad moment, it’s a tragic moment. Tragic for the Palestinians as well.

This interview has been condensed and edited.