Five years after a peace accord was signed between Colombia’s largest guerrilla group and the country’s government, a small group of women have found a path forward in Popayán, Colombia.

One of the two main murals of the café, La Trocha, sentires de la montaña, which depicts a forest with elements of life in it including a tent, flashlight and canteen.

It’s 3 p.m., and Celeni Charrupí is starting her shift helping in the kitchen at La Trocha, sentires de la montaña — which translates to "feelings from the mountain" — a café and cultural space in Popayán, Colombia, that opened just last month.

Charrupí fries potatoes and cooks the chicken for the day’s menu. 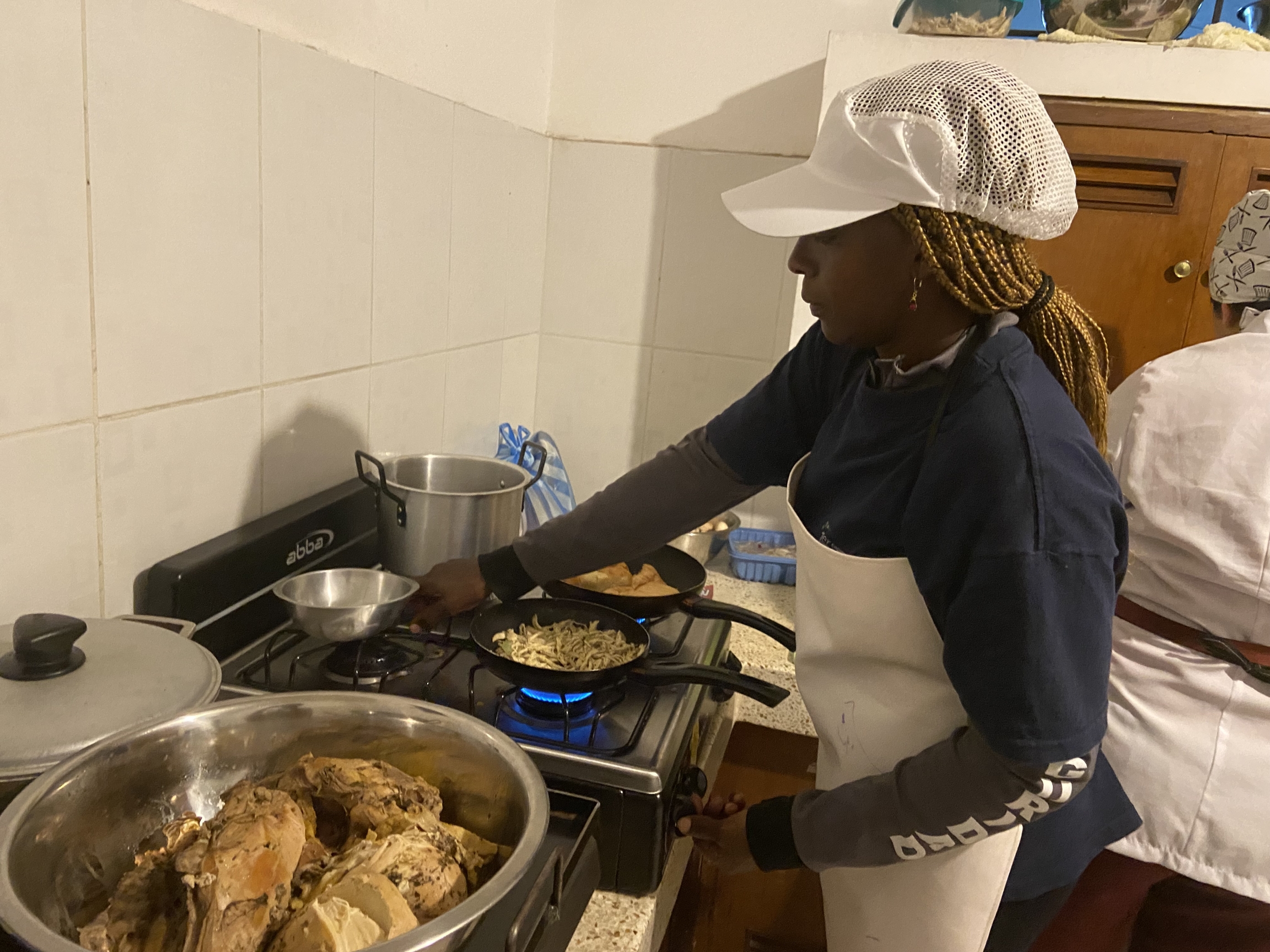 Celeni Charrupí prepares a chicken sandwich and french fries at the start of her shift in the kitchen at La Trocha, sentires de la montaña — which translates to "feelings from the mountain" — a café and cultural space in Popayán, Colombia,

The UN helped finance the cultural project, which includes the café, bar and restaurant, an informal day care center and a gift shop that sells products made by former combatants with the Revolutionary Armed Forces of Colombia (FARC).

The place is run by Las Manuelitas, an association of 30 women — some of whom were themselves guerilla fighters in the past.

A historical peace agreement was signed in 2016 between FARC, the largest guerrilla in Colombia, and the country’s government after a decadeslong conflict.

For Amanda Ríos, who started Las Manuelitas, La Trocha is a powerful step toward the difficult process of reintegration.

Ríos was part of the guerrilla army that operated in the mountains of southwest Colombia before the peace deal.

“We were a family, we did things as a collective. But life beyond the forests is different.”

“We were a family, we did things as a collective,” she said. “But life beyond the forests is different.” 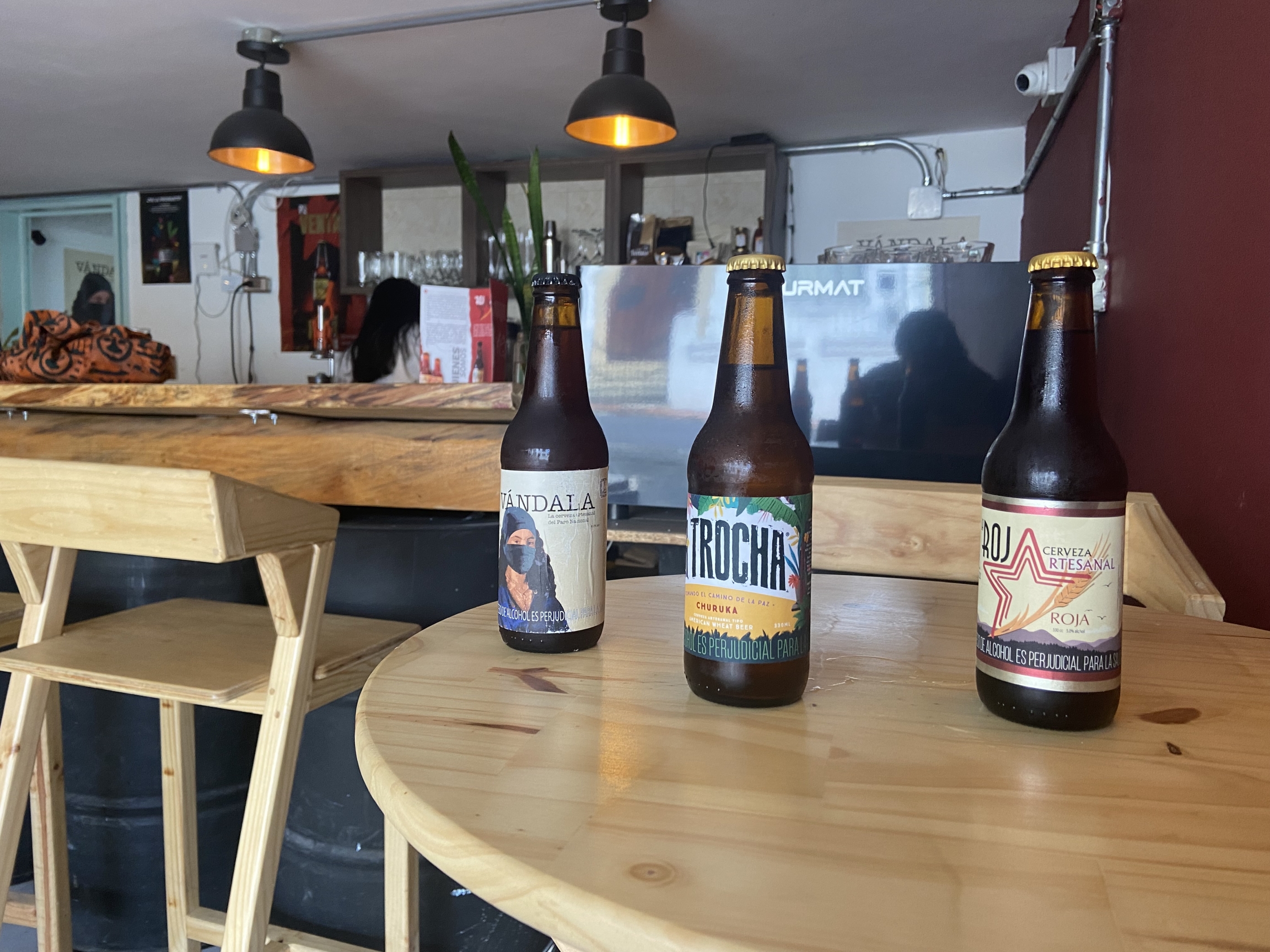 Beer is one of the most popular products former FARC members have dedicated themselves to as a way to make a living and that is sold at La Trocha, sentires de la montaña. These three brands are all made by former combatants: La Vandala, La Trocha and La Roja.

She started that new life by handing over her weapons and moving to a rural area called a “transition zone,” with other FARC combatants, where they received vocational training so they had alternatives to work in the months ahead.

“Each one of us enters a capitalist model that is every person for themselves,” Ríos said.

For her, that lifestyle change was traumatic. Several years ago, Ríos settled in Popayán, which continues to see its fair share of conflict, even after the peace agreement. There, she began meeting other women who shared her feelings about the difficult transition from FARC life.

Related: Reclaiming Colombia’s Black history, one tour at a time

The women, some of whom had also been guerrilla fighters, began to think of themselves as a collective and to dream of a space of their own.

Today, La Trocha is decorated with FARC mementos and photos of the peace process.

It’s meant to depict the pride they have in their former guerrilla days. But Rios said it’s not intended as a memorial.

Rather, it’s an active gathering space for all of those who want to build peace. 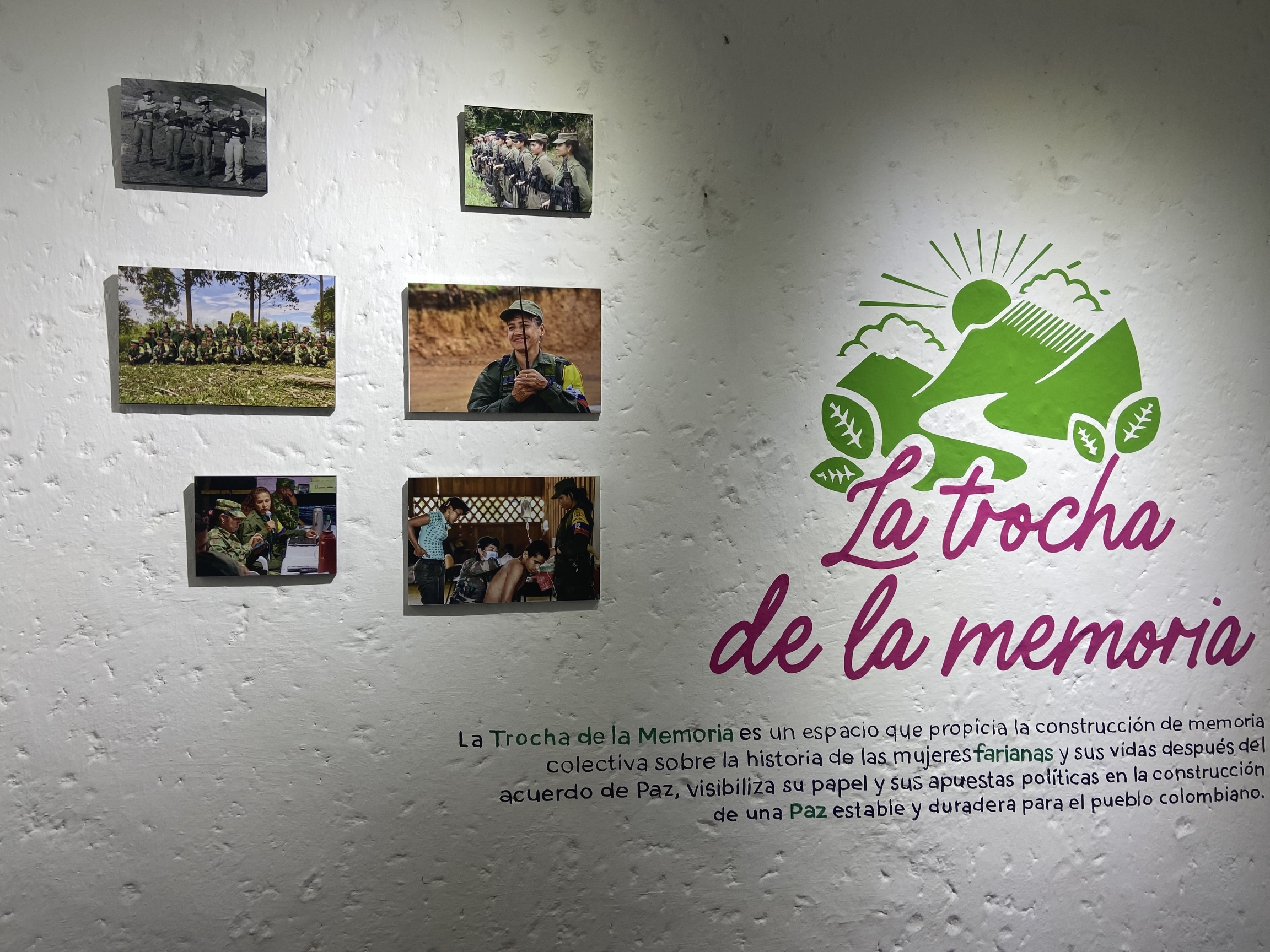 A photo gallery at La Trocha, sentires de la montaña that includes FARC women during the days they were still guerrilla fighters.

And it’s not just a business venture to support former FARC rebels — it’s also a space for self-care for all who visit.

La Trocha came to life in the middle of the pandemic, after several setbacks and amid ongoing violence in the area, with new militant groups emerging and drug trafficking-related violence.

And Ríos said La Trocha has experienced some resistance in Popayán, a conservative city mostly known for its churches.

“It would be easier to have a place like this [café] in Bogotá, where these projects are well-received,” she said. 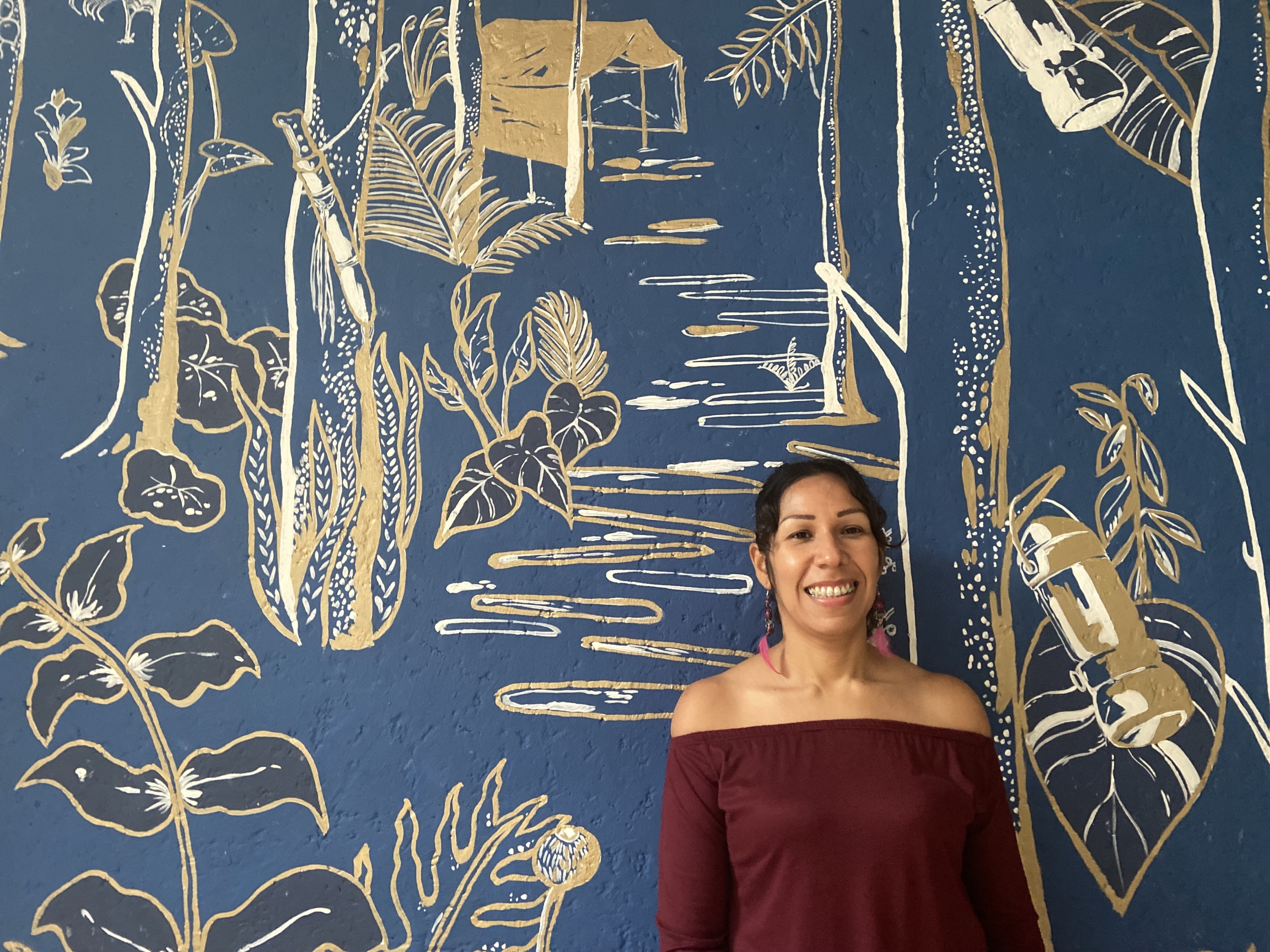 Amanda Ríos in front of the mural at La Trocha, sentires de la montaña that shows a forest with a tent, a flashlight and a canteen, among other elements used by the FARC when they were in the forest.

Still, it’s a place committed to peace and aims to attract curious visitors who want to engage in forums, events and gallery exhibits focused on building peaceful communities.

Charrupi said the place has been meaningful for her for connecting with other women in the community. She remembers when she first met some former combatants and befriended them.

“If we are talking about peace, we have to stop seeing them as enemies, they are people just like us,” she said.