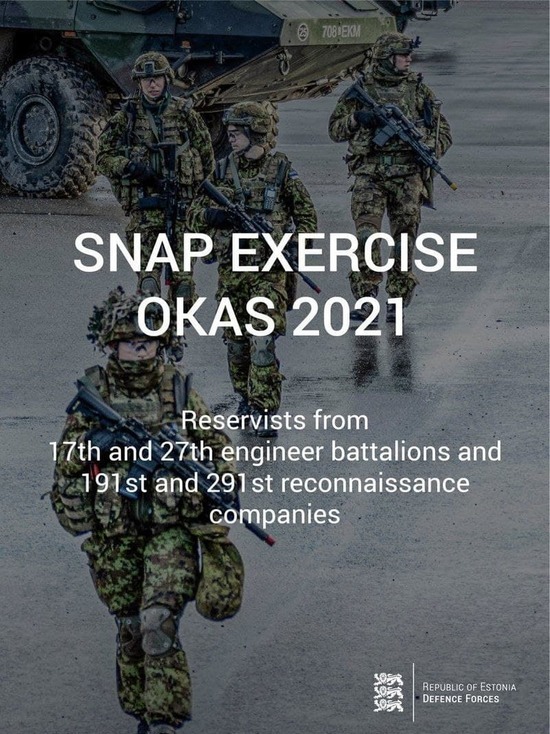 1684 reservists of the Estonian Armed Forces have been called to the OKAS 2021 exercises, the purpose of which is to check the combat readiness of the reserve forces and the national defense command.

The forces involved are planned to be sent to the border with Belarus, where the reservists will be engaged in the installation of barbed wire. For more than a week, thousands of migrants remain at the Belarusian-Polish border, trying to enter the territory of Poland. Belarusian President Alexander Lukashenko says that he would be happy to send all illegal immigrants back to the countries of the Middle East, but they do not want that. So far, there are three options for the development of events: migrants will return back to the countries of origin, they will be taken away by the authorities of Germany or other EU countries, or they will remain in Minsk. “MK” talked about this with political scientists