Shirin Jaafari, a reporter at The World since 2015, shares why she was so passionate about returning to Afghanistan and what it took to get her there — and back — safely.

Reporter Shirin Jaafari looks out over the ancient citadel of Herat, in western Afghanistan, just days before the Taliban takeover.

It’s 2018, and after months of careful planning, Shirin Jaafari lands in Kabul, Afghanistan, for the first time. She’s there to collect women’s stories and to make connections for future reporting. Shirin covers a range of stories, from up-and-coming Afghan fashion designers, to students at the American University of Afghanistan who are still pursuing their studies even after a terrorist attack, to a star midwife and health adviser who is working to make pregnancy safer for all women in Afghanistan.

When she returns to the United States, she continues to report on Afghanistan and often checks in with her contacts who send her photos and videos, giving her a window into what’s happening on the ground.

“I saw how their lives were changing, and how Afghanistan was going through a big transformation as every day, the Taliban occupied more territory.”

“I saw how their lives were changing, and how Afghanistan was going through a big transformation as every day, the Taliban occupied more territory,” Shirin said. 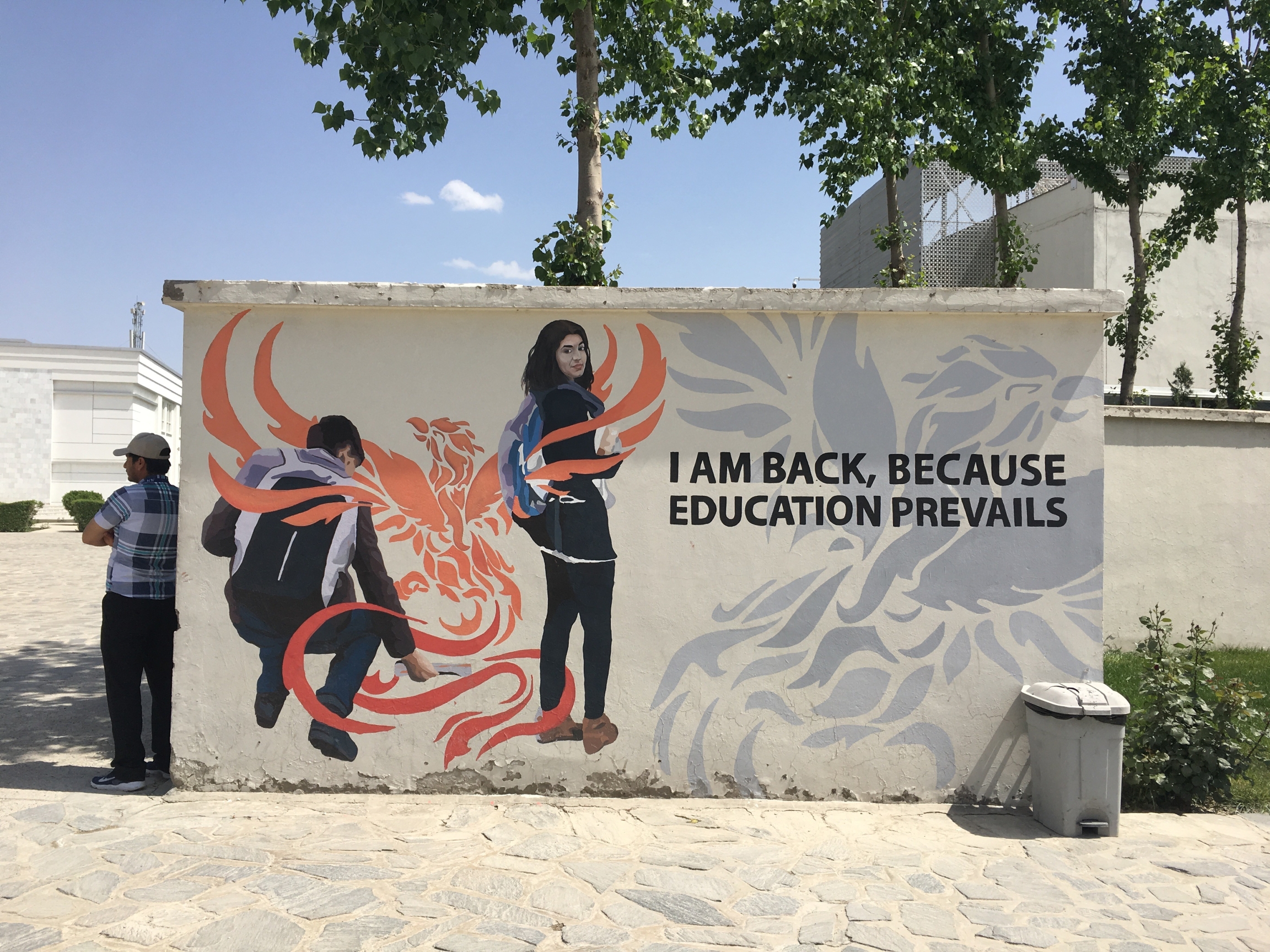 This is a mural on the campus of the American University of Afghanistan.

Shirin wants to go back to Afghanistan, and this time, she wants to go beyond Kabul and into the provinces where little international reporting is done. She pitches the idea multiple times to her editor Matthew Bell, and eventually, they decide she will return in November 2020.

They spend countless hours planning her travel, security detail and route in the months leading up to her return. But right when she should be getting ready for takeoff, the trip is canceled because of security concerns.

Months later, in July 2021, the United States confirms that they have withdrawn from Bagram Airfield and announces that the deadline to withdraw completely has been moved to the end of August.

“There was a point in early July when Shirin told me, ‘The United States is leaving. This is happening now.’”

“There was a point in early July when Shirin told me, ‘The United States is leaving. This is happening now,’” Matthew said. The team realized how quickly things were changing on the ground, and shifted into gear to get Shirin back to Afghanistan. Another painstaking process of preparations begins, and by July 20, she is taxiing on the tarmac at Kabul International Airport.

Security concerns in the region change by the hour, so it isn’t until Shirin is on the ground that she makes a plan with her security detail about where to go next. She wants to get out of Kabul and into the provinces, perhaps Kandahar, Mazar-i-Sharif or Herat. 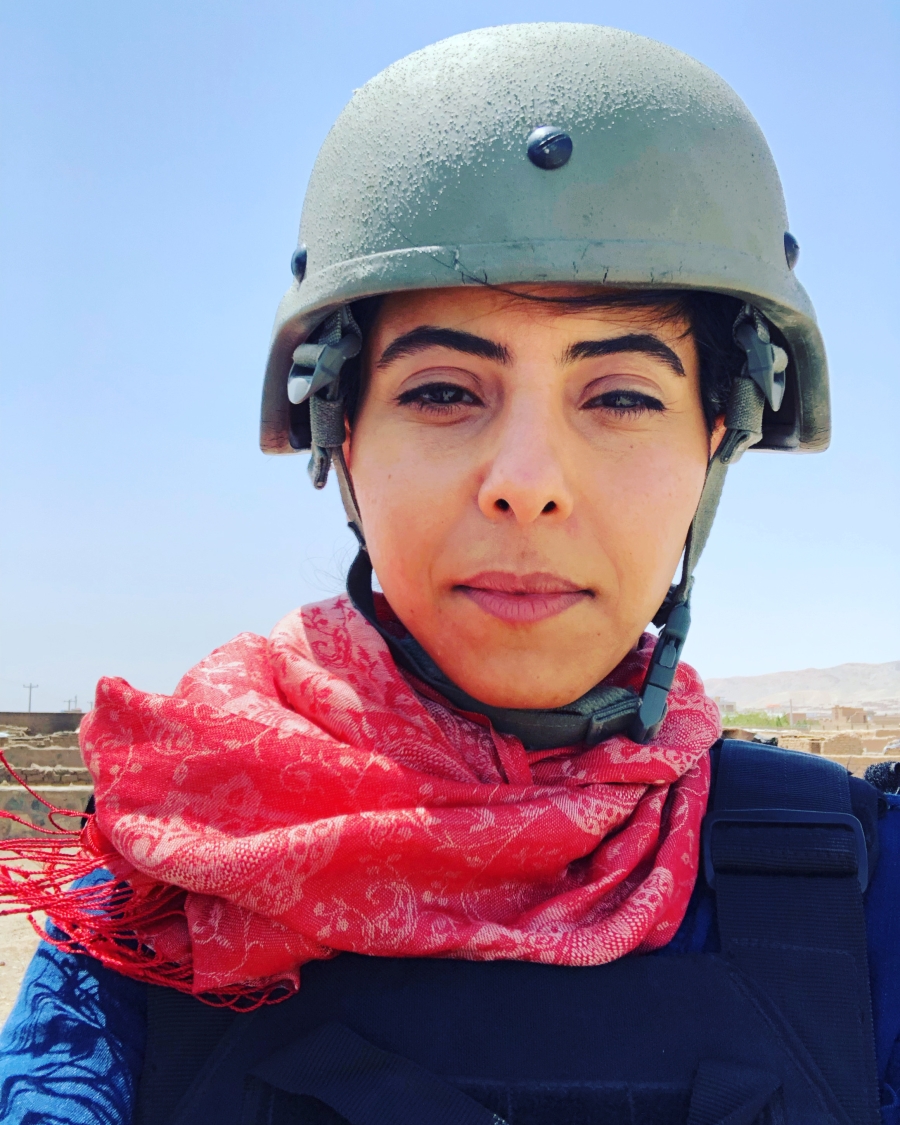 Reporter Shirin Jaafari took a selfie from the edge of Herat in western Afghanistan in August as the Taliban was advancing toward the city.

The team decides on Herat for a few reasons. From a safety standpoint, there are more flights going in and out of the city daily, making it easier to leave the city if needed. But it’s also the perfect place to gather information on two potential stories of interest: a small militia group that opposes the Taliban is set up in Herat, and people who have already been displaced by the Taliban are arriving in the city every day.

One day, as Shirin’s team is driving to the outskirts of the city, they spot a woman carrying a load of firewood on the side of the road in the August heat and wind. The car stops, and Shirin jumps out and speaks with her. She learns that the woman’s name is Salimeh, and that she is carrying the firewood many hours back to her house to feed a few families who have fled from fighting north of the city. They drive Salimeh home, and Shirin speaks with the other families who have made the difficult decision to leave their homes behind as the Taliban approaches. 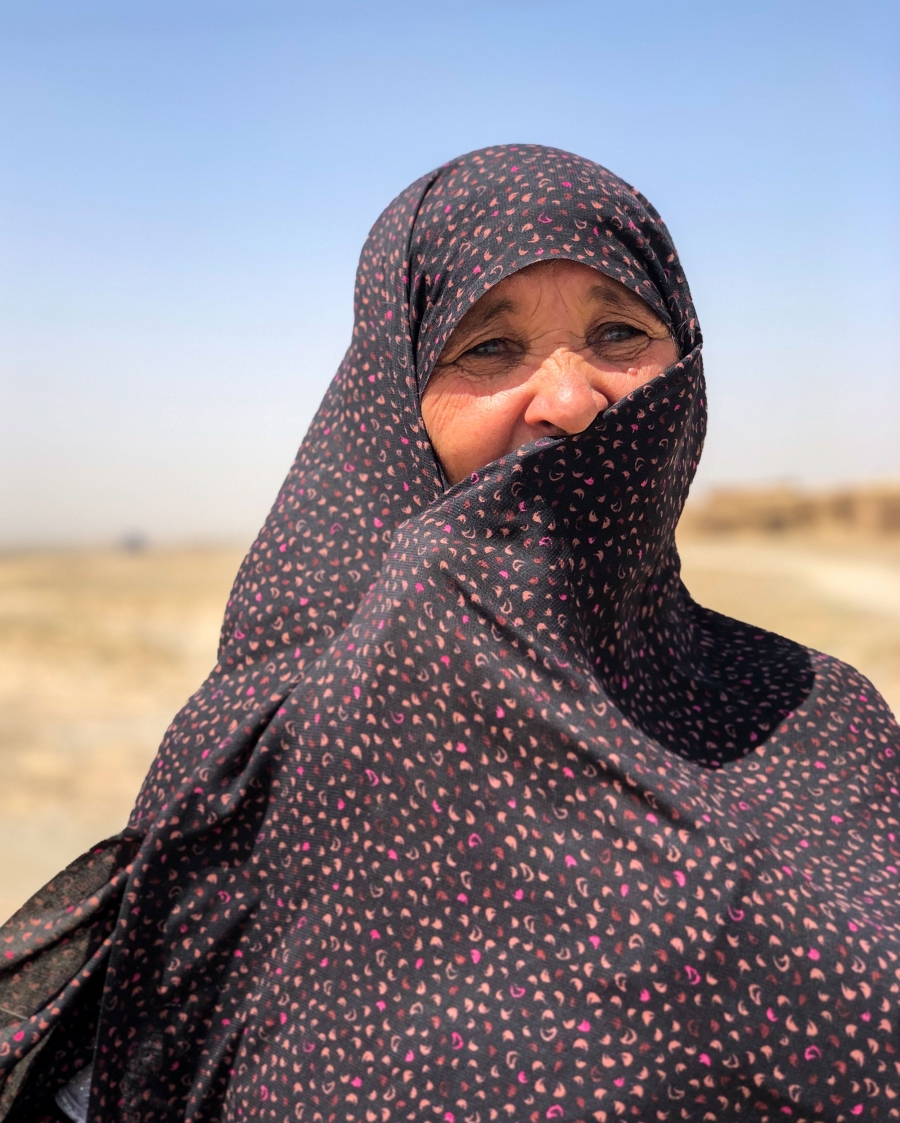 Salimeh has been hosting displaced families at her mud house in the outskirts of Herat in western Afghanistan since the fighting began in the north of the country two months ago. Her own family has barely anything to eat given that the insecurity has left many jobless and farmers haven't been able to harvest crops. Afghanistan is also facing a drought.

Putting together stories in hostile environments is time- and resource-intensive. In addition to the usual costs such as airfare and lodging, reporters often also require producers and translators. Security is another concern: Correspondents work with a security detail, sometimes changing vehicles up to three times a day to ensure their safety.

The newsroom team must balance the value and cost of trips like these with other necessary and urgent reporting from around the world. Your support enables The World to tell stories like Salimeh’s.

Later, when the team is preparing to leave Herat, the airport shuts down. They decide to make the most of their time and travel to the city center to speak with more sources. Shirin meets Hamid Soltani, the owner of an antique store. He’s already thinking about how he will have to change his business in order to stay open if the Taliban is in power.

“In a place like Herat, what do people have at stake? It’s a really important voice. People who have something to lose, sitting there with the Taliban at the gates of the city, wondering, ‘What’s my future going to be like?’”

“In a place like Herat, what do people have at stake? It’s a really important voice. People who have something to lose, sitting there with the Taliban at the gates of the city, wondering, ‘What’s my future going to be like?’” Matthew, Shirin’s editor, said on the importance of bringing these stories to the air.

Soon, the airport reopens and Shirin leaves Herat. When the stories from Herat air at the beginning of August, Shirin is back in Boston. Still, her thoughts are with her contacts, sources and friends in Afghanistan, and with their fears about what would happen if the Taliban were to regain power. “I’m very privileged to be able to get on a plane and get out. So many people who I talked to didn’t have that option, and some are still stuck,” she said.

Shirin ends up with more material than she can use on the radio broadcast — but she is able to highlight additional voices on the website and on other digital platforms.

“Whose story do you tell, and whose ends up on the cutting room floor? At the end of the day, we just have five minutes. Whose voices are missing from the general reporting we hear?” Shirin said, on which stories to tell.

Support The World today, and help us bring you human-centered stories that feature the voices that you don’t hear anywhere else.