class=”MuiTypography-root-133 MuiTypography-h1-138″>Apple pie samosas for Thanksgiving? In East Africa, these fried treats are a hit.

Aleya Kassam, one of the founders of Wau Eats in Nairobi, said her family has enjoyed making samosas for generations. As they experiment with different fillings, Americans living in Kenya are even ordering apple pie samosas for Thanksgiving.

The humble samosa. When you think of it, your thoughts might drift toward India or the Middle East.

But here in East Africa, from Kenya to Somalia to Uganda — people like to think of samosas as their own thing.

“Everyone thinks the samosa is theirs,” laughed Aleya Kassam, one of the founders of Wau Eats, a family-owned samosa company in Nairobi.

While some research has placed the origins of samosas in Central Asia, they’ve since become a fixture of street food across East Africa.

Aleya Kassam, one of the founders of Wau Eats

“It’s the perfect travel food, right?" Kassam said. "It’s a little pocket that you can put anything into, and then fry.”

For Kassam, the very aroma of samosas takes her back to her childhood.

“Our house always smelled of fried onions because beef samosas always have the onions and, you know, the mixture being made,” she said. 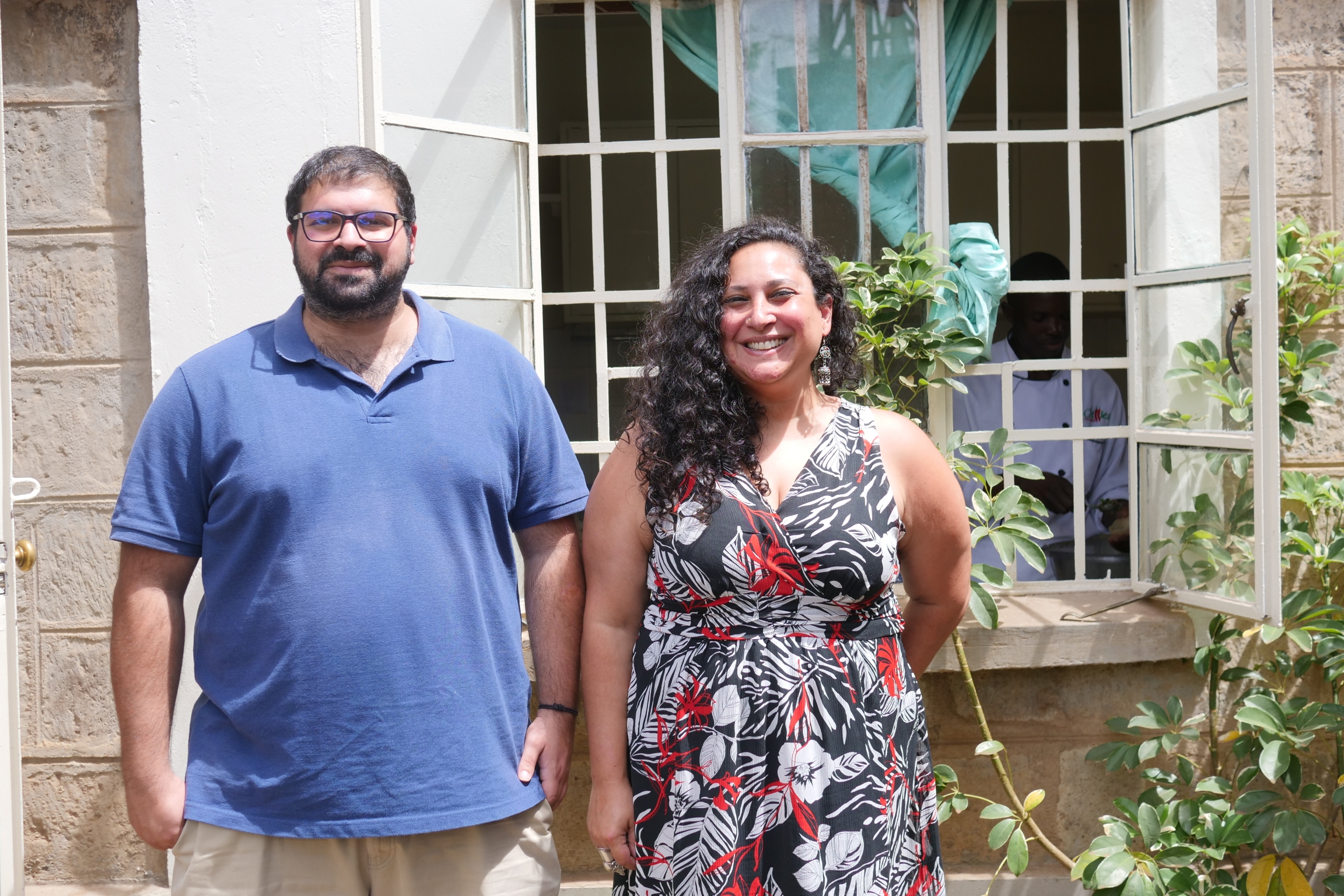 Samosas have been an on-and-off business for Kassam’s family for generations.

They built their business one samosa at a time. Until they lost everything after Tanzania nationalized, leading her grandparents to set up shop in neighboring Kenya.

Tragically, things went wrong again in the 1990s, when a bank with all of the family's savings collapsed.

“We lost everything. Three generations of every single coin that we had saved. And as we were sitting around, two years ago, thinking, ‘What on earth are we going to do? How do we pick ourselves up again?’ We decided, "Well, maybe samosas are the way." And that was the beginning of Wau Eats."

But running a business during a pandemic isn’t easy.

So, Kassam and her family did what a lot of businesses in Kenya did. They turned to social media to spread the word about their new enterprise.

"It was really every box of samosas that was ordered that made [our co] possible,”

Aleya Kassam, one of the founders of Wau Eats

“Honestly, the fact that we even exist is because Kenyans on Twitter said, ‘We want to give you a chance.’ It was really every box of samosas that was ordered that made us possible,” Kassam said. 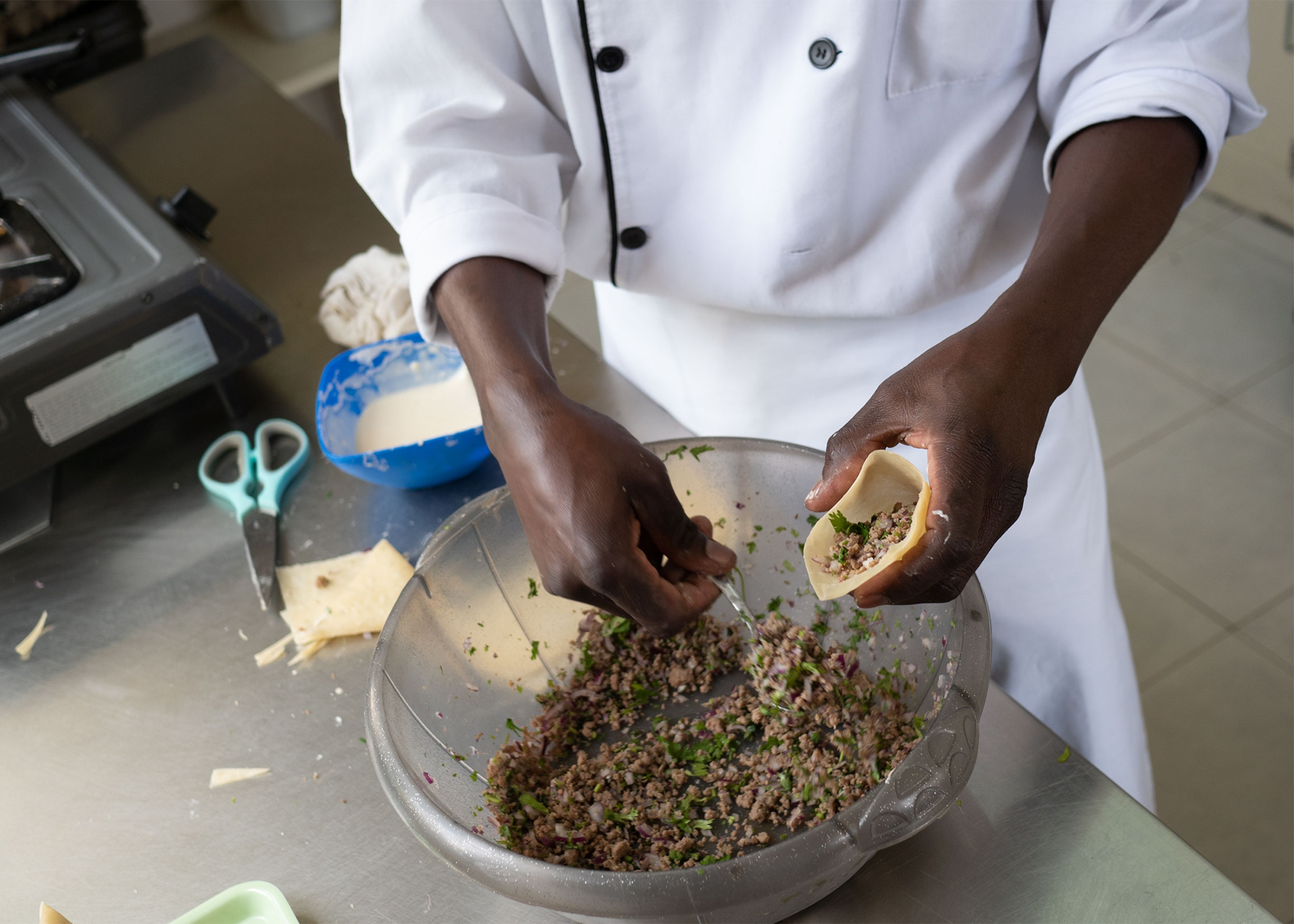 It even got a shoutout from Kenya’s President Uhuru Kenyatta last year.

But Wau’s popularity has also been driven, in large part, by experimentation. These days, its menu, still advertised on Twitter, boasts more than a dozen creative flavors of samosas: feta, nyam chom (short for nyama choma — a style of roasted meat in Kenya), chocolate, coconut, dates and apple pie.

“We found, a lot of our American clients want apple pie samosas for Thanksgiving on Thursday. So, they're super excited about that, kind of, nostalgia … home taste.”