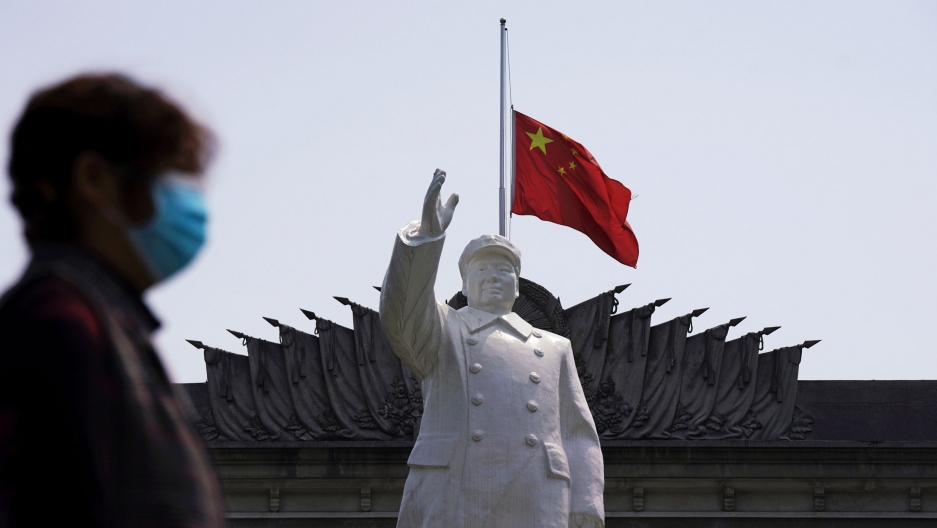 The Chinese national flag flies at half-mast behind a statue of late Chinese chairman Mao Zedong in Wuhan during a national mourning for those who died of the coronavirus, April 2020.

Britain said Monday that China has questions to answer over the information it shared about the novel coronavirus outbreak. But British Defense Secretary Ben Wallace refused to comment on reports that the so-called Five Eyes consortium of US, British, Canadian, Australian and New Zealand intelligence services had accused Beijing of a cover-up. The rhetoric from the US and others comes as an internal Chinese report warns Beijing is facing a rising wave of hostility in the wake of the coronavirus outbreak and that global anti-China sentiment is at its highest since the 1989 Tiananmen Square crackdown.

Italy, among the countries hardest hit by the coronavirus and with one of the longest lockdowns in Europe, began easing lockdown restrictions today, allowing about 4.5 million people to return to work. Spain, Nigeria, Azerbaijan, Malaysia, Israel, Tunisia and Lebanon were also among countries easing some restrictions.

Also: Japan’s Abe extends state of emergency to May 31

French economist Thomas Piketty’s new book, “Capital and Ideology,” which came out in March, examines the history of policies and political systems that have sustained economic inequality — and how the world might move toward a fairer economic system. He spoke to The World’s host Marco Werman about the inequalities the pandemic has exposed and suggested Portugal as example of one country that is looking soberly at the pandemic.

“I think at this stage, you know, everybody is trying to do something. So, some countries have initiatives like — in Portugal, they decided two weeks ago to have a temporary regularization of illegal migrants so at least they can provide income support for people in the street and access to health facilities and some kind of legal status. Actually, during this time of the pandemic, most of the countries in Europe did not do that. And I think, you know, it would be useful.”

As storm season begins in the southeastern US, scientists are casting a wary eye on the warm waters in the Gulf of Mexico. Tornado season in the US generally runs from March through June and hurricane season follows right on its heels. Warm waters in the Gulf provide “a basic fuel” to these massive storms, explains atmospheric scientist Kevin Trenberth, a distinguished scholar at the US National Center for Atmospheric Research. 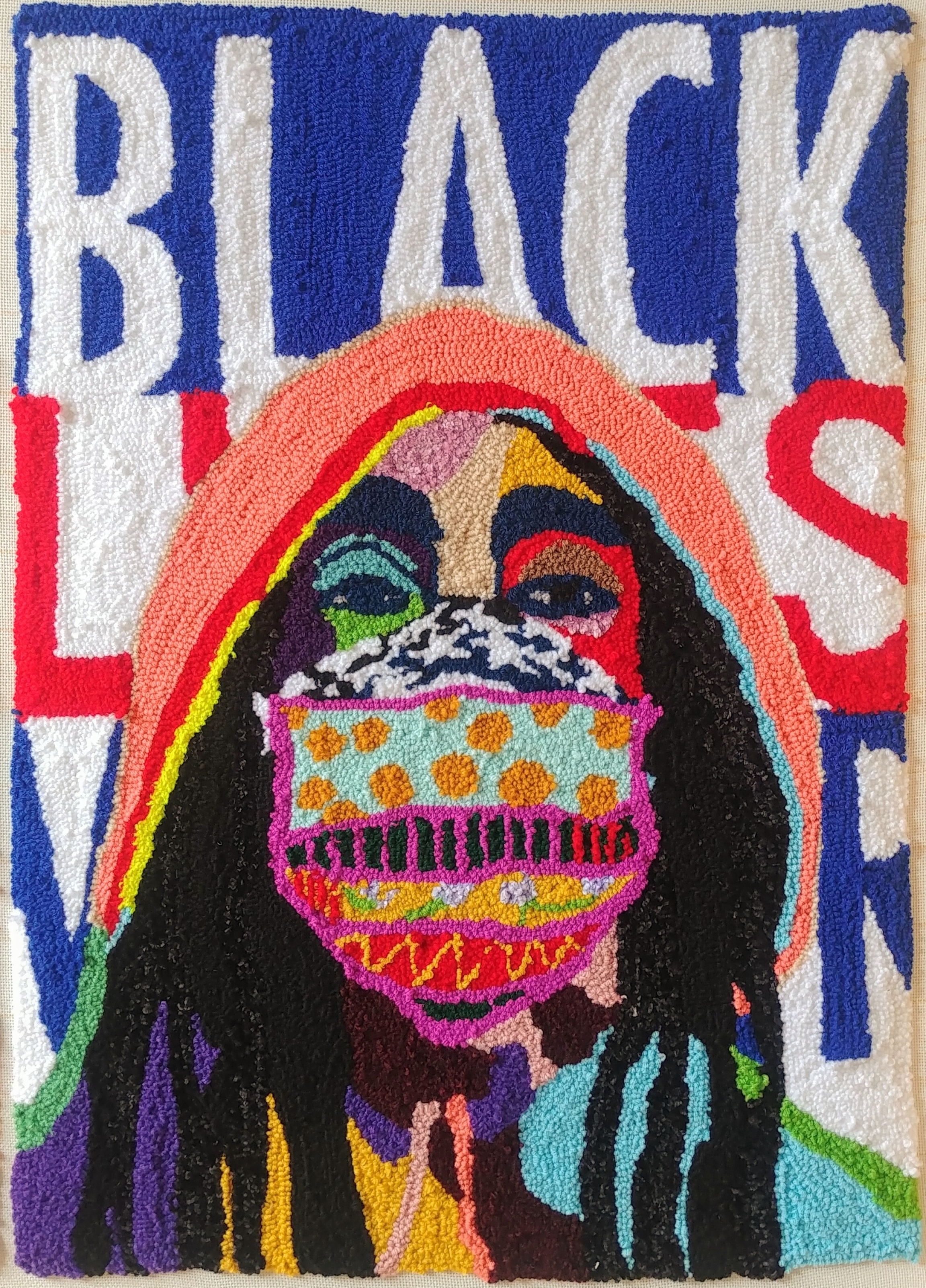 Simone Saunders, a visual artist based in Calgary, Canada, created this piece for the Long Distance Art series.

Long Distance Art, which launched this week, is an international, multidisciplinary collaborative art series that emerged from the Social Distancing Festival. Artists can inquire about collaborating with another artist they’ve seen on the site, or have the creator pair them up with another artist of his choosing.

“For online art, I’ve become a matchmaker,” joked creator Nick Green. “I don’t want to be too instructive. So for the most part, I tell [the collaborators], ‘You two are brilliant artists. Go. Do whatever. I’m happy with anything you come up with.’”

There may be some good old fashioned Hollywood marketing going on here. But it is May 4, and the folks over at team “Star Wars” still know how to get the goosebumps to rise. May the 4th be with you.

In case you missed itListen: A global effort to fast-track a vaccine for the coronavirus 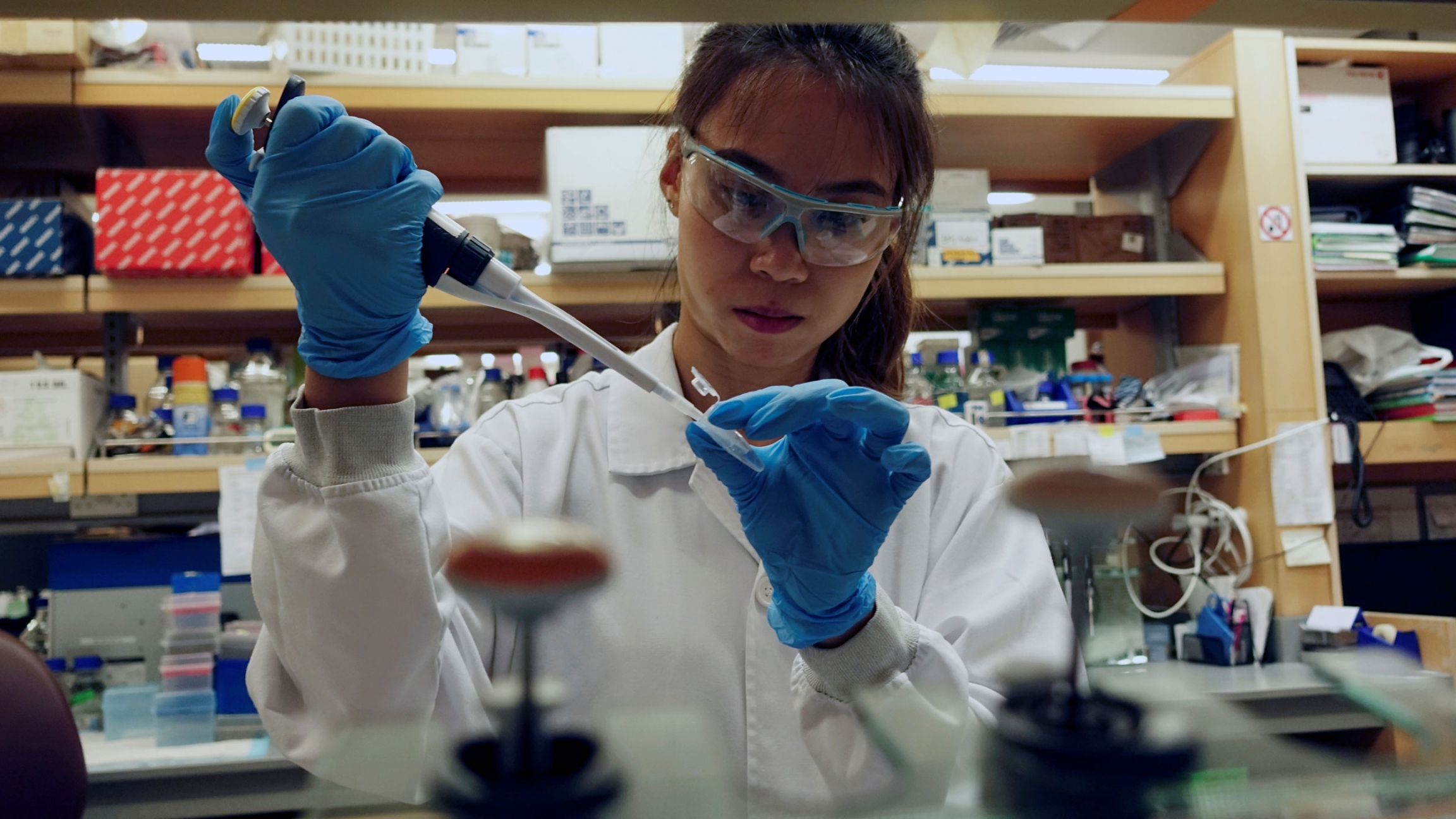 A researcher works in a lab at the Duke-NUS Medical School, which is developing a way to track genetic changes that speed testing of vaccines against the coronavirus disease in Singapore, March 2020.

Most leaders and medical experts say life won’t get back to relative normal until we get a vaccine to prevent COVID-19. It could take a while, so some scientists and ethicists are proposing a controversial method of testing. Also, Russia’s Prime Minister Mikhail Mishustin has tested positive for the coronavirus and is temporarily stepping down from his position as he recovers. Plus, the British rock band Queen has updated the classic rock ballad, “We Are The Champions,” to honor health care workers around the world.