In early 2021, Russian opposition leader Alexei Navalny flew back to Moscow after recovering in Germany from an assassination attempt carried out by Russian security services. His return prompted an authoritarian turn that transformed Russia – again.

I have studied the emergence of Navalny’s strategy and organization from the mid-2000s, documenting his threat to the regime led by Vladimir Putin.

Given the loyalty that Putin commands among military and security officials, governmental leaders and economic elites, I was not surprised when security authorities diverted Navalny’s plane to avoid the supporters gathered in Moscow to welcome him back. Nor was I shocked when border patrol forces arrested him before he passed through passport control. The charge: failing to meet parole requirements while recovering in Germany.

Navalny’s arrest in 2021 prompted some of the largest protests since the collapse of the Soviet Union. Street actions extended across the nation’s 11 time zones. The Kremlin responded with police violence and arrests by the specialized anti-protest force, Rosgvardia. The level of coercion was unprecedented in post-Soviet Russia.

After popular backlash against the violence, the state used facial recognition software to track down participants beyond Navalny’s core team of opposition activists. Public-sector workers were fired for participation and support. Security services made nighttime visits to protesters in their homes. Journalists were arrested. The regime used new laws to punish TikTok, Twitter, Facebook and Instagram users who supported the protests.

New tools of state surveillance continue to erase the barriers between public and private lives and violate social and political rights. Navalny remains in prison but has continued to speak out. In January 2022, one year after his return and the massive protests that followed, 53% of Russians say that they fear the authorities’ abuse of power.

By February 2021, these tactics ended the protests. Yet repression intensified.

In June 2021, a Moscow city court designated Navalny’s organization, the Anti-Corruption Foundation, known by its Russian initials as the FBK, as an “extremist” group, using a recently revised law. The designation lumped the FBK together with terrorist groups such as al-Qaida. Officials from the Ministry of Justice also used the law to dismantle the national network Navalny had organized to support opposition candidates running for regional and city councils.

If threats against the activists fail to intimidate them, then the government jails family members, as it did with Navalny’s brother, Oleg, and the 67-year-old father of FBK Director Igor Zhdanov. 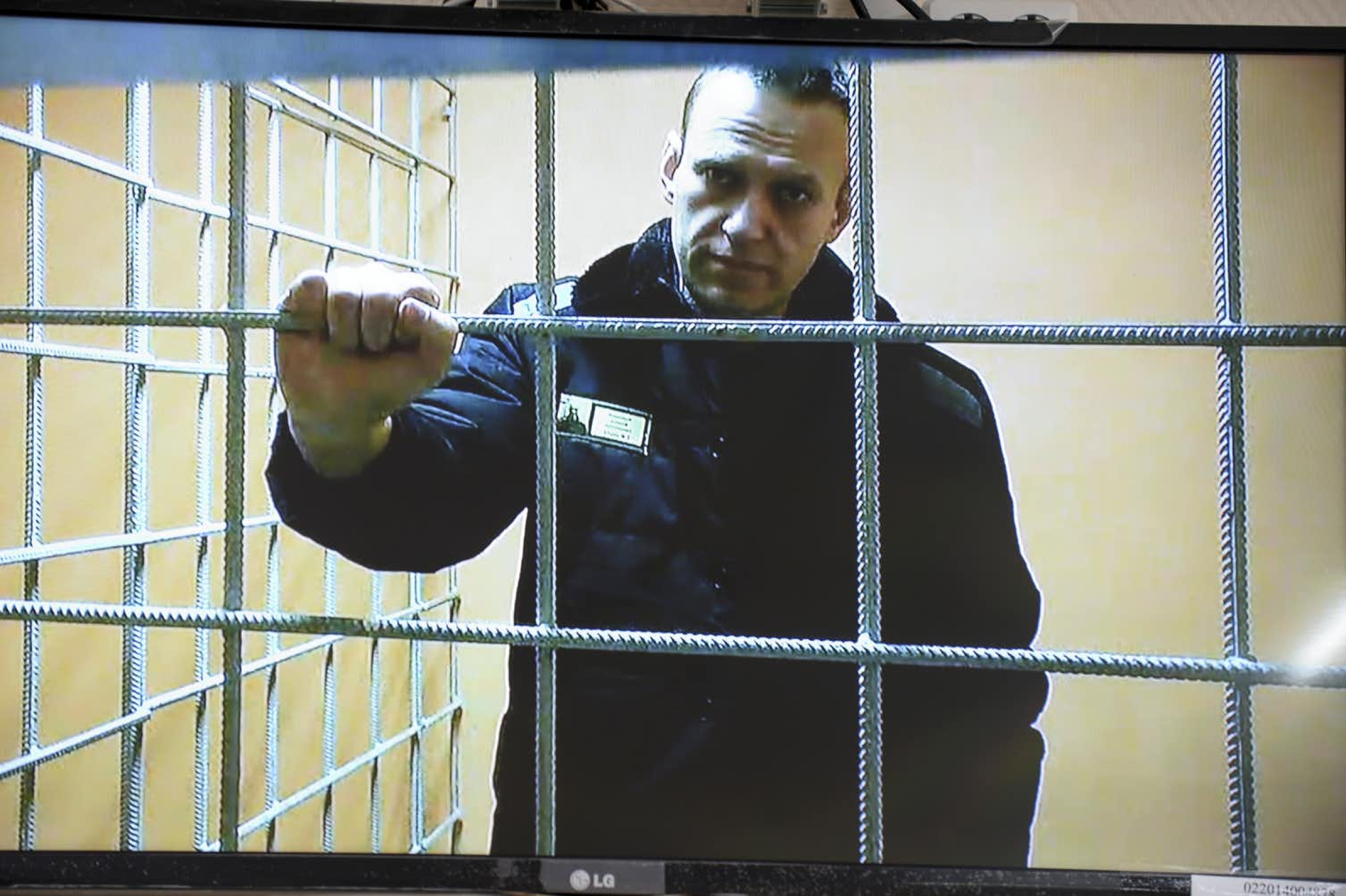 Alexei Navalny speaks from prison to a court hearing in Russia.

A focus on the media

The protests highlighted vibrant patches in Russia’s government-controlled media landscape, placing these outlets under state scrutiny. Relying on new amendments to the 2012 foreign agent law, the state extended its scope to cover politically active news outlets working inside and outside of Russia, nongovernmental organizations and individuals. All organizations and individuals declared foreign agents must label every story and event with a warning. The tactic scares investors and subscribers, and subjects organizations to audits that impede daily operation. By the end of 2021, 111 news organizations and journalists were placed on the list, and prominent news outlets were driven out of business.

Toward coercion, control and apathy

Polls show little support for Navalny and his organization. Popular expectations of protest potential fell by mid-2021 from an all time high in January of that year.

The prospect of protest

The high percentage of support for the regime obscures the threat from Putin’s substantial opposition. In his 20 years in power, Putin brought domestic and international influence but failed to address economic modernization and inequality. Economic stagnation, hardship in everyday life, inflation and time have increased popular frustrations.

Evidence from the protests shows that the 2021 protests were about Putin, not Navalny. Popular opposition to Putin is concentrated in younger, urban populations fed by the repressed alternative media. They support calls for decreased corruption and more government responsiveness to citizens’ demands.

It is difficult to anticipate the spark that can launch protest. As unexpected citizen protests in Russia’s neighbors Armenia, Belarus and Kazakhstan demonstrate, frustration with longtime dictators can spill over into the streets even when those dictators maintain significant support.

Even in Russia the possibility of renewed mass protest remains. Some scholars argue that Putin may be falling into a self-reinforcing repression trap. The idea is that repression replaces positive policies to win support, increasing the need to repress or to link domestic challenges to real and imagined external threats.

While popular enthusiasm over Russian annexation of Ukraine’s Crimea region in 2014 has waned, Putin’s popularity remains tied to his success in foreign policy.

In addition to threats against alleged foreign agents and extremists at home, Putin deployed his military in neighboring countries, blaming Western aggression. He has amassed troops on the Ukrainian border and led Collective Security Treaty Organization troops in a mission to Kazakhstan to fight alleged foreign meddling.

These military actions hark back to Soviet-era claims to a buffer zone around Russia’s border. In contemporary terms, military threats by Russia reveal conflicts and weaknesses within NATO and hinder opportunities for democratic reform in Ukraine, Georgia, Moldova and other post-Soviet states.

At home, the Kremlin’s decision to increase confrontation and repression illustrates the consolidation of Russia’s authoritarian system.

Navalny, who was harassed for more than a decade before being jailed, will not be surprised by these changes. It remains unclear how ordinary Russians will respond as repression and international conflict limit internet communication, travel, trade, educational opportunities and daily freedoms.

Regina Smyth is a professor of political science at Indiana University. This article is republished from The Conversation, a nonprofit, independent news organization dedicated to unlocking the knowledge of experts for the public good.