class=”MuiTypography-root-133 MuiTypography-h1-138″>‘A heavy load to carry’: A day in the life of a negotiator at COP26

Xavier Matsutaro, a negotiator from Palau, is focused on how to get the strongest environmental regulations for carbon markets.

Xavier Matsutaro is a climate negotiator from the islands of Palau.

Xavier Matsutaro is a negotiator from Palau, a country with a lot to win or lose at the UN climate summit in Glasgow, Scotland.

Palau is a string of Pacific islands with a population of about 20,000, concentrated near the coast.

"The clock is ticking, something needs to happen as soon as possible."

“As we speak, two days ago we just had higher-than-normal floods, again. If the temperature goes higher — the clock is ticking, something needs to happen as soon as possible,” Matsutaro told The World on Monday.

Matsutaro, who also represents the Pacific Small Island Developing States group at the negotiations, is focused on how to get the strongest environmental regulations for carbon markets.

He’s hoping that, instead of countries merely offsetting their own emissions, they do more than that.

“What we need to get into is net emissions reduction, and that’s one of the key points of the discussion at the moment.”

For him, this is directly related to the impacts of climate change that Palau is already feeling: high-tides that flood neighborhoods and the docks he used to swim off of as a kid, worsening typhoons, salt water creeping into taro fields. 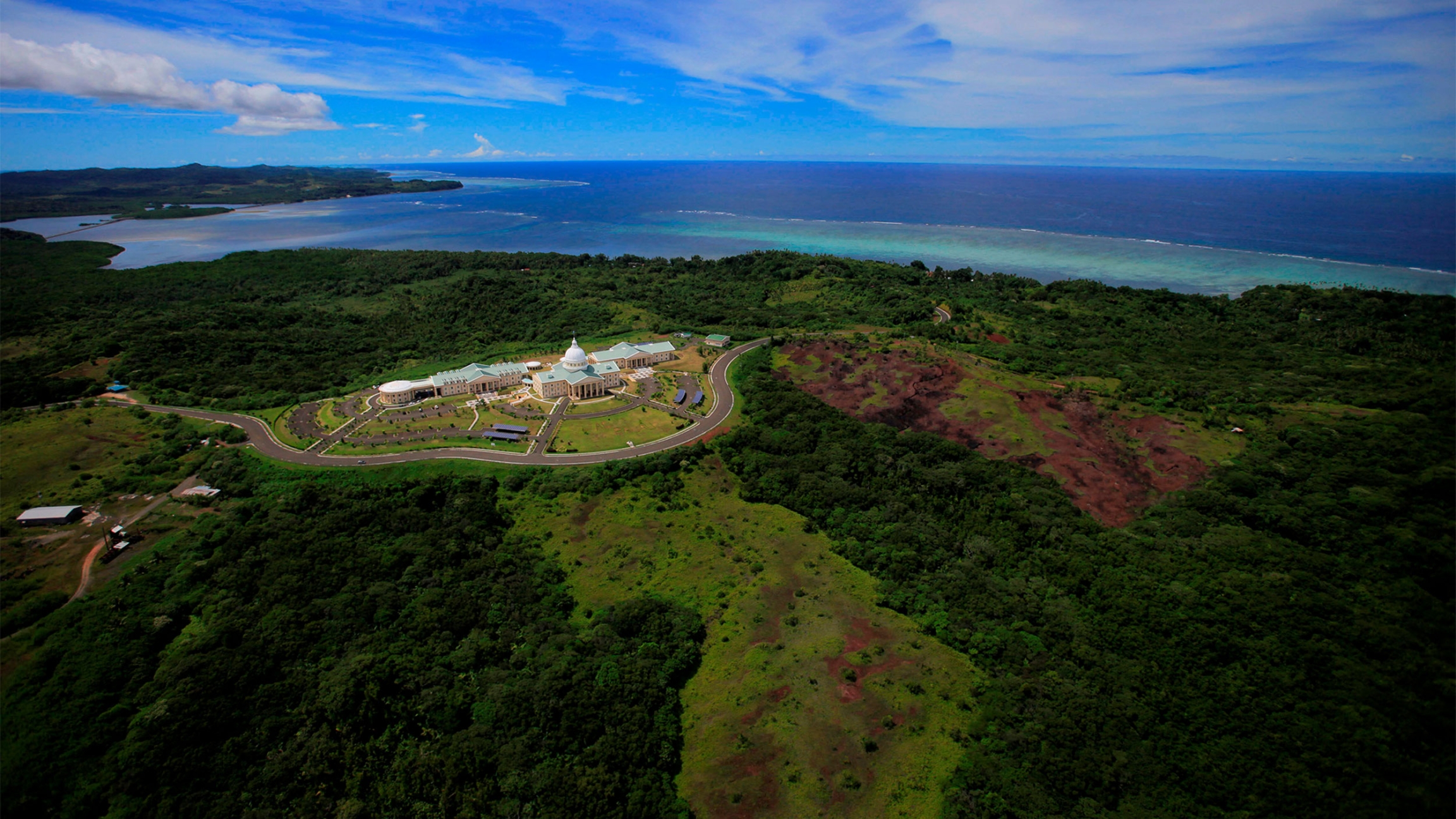 “It could be the difference whether we make it under 1.5 or not.”

That’s 1.5 degrees Celsius. The overarching goal of these targets is keeping the average global temperature increase below that number.

The Paris Agreement is largely voluntary and based on consensus. Building that consensus takes a long time, with nearly 200 countries involved.

Six years after the agreement was penned, negotiators here at the COP26 are still finalizing its details.

“This COP might be the COP where its credibility is redeemed, or it digs itself a deeper hole. What good is a broad-based agreement if it doesn’t save us from ourselves?”

Matsutaro, who is Palau’s national climate change coordinator, is concerned about the outcome at COP26, but he remains hopeful.